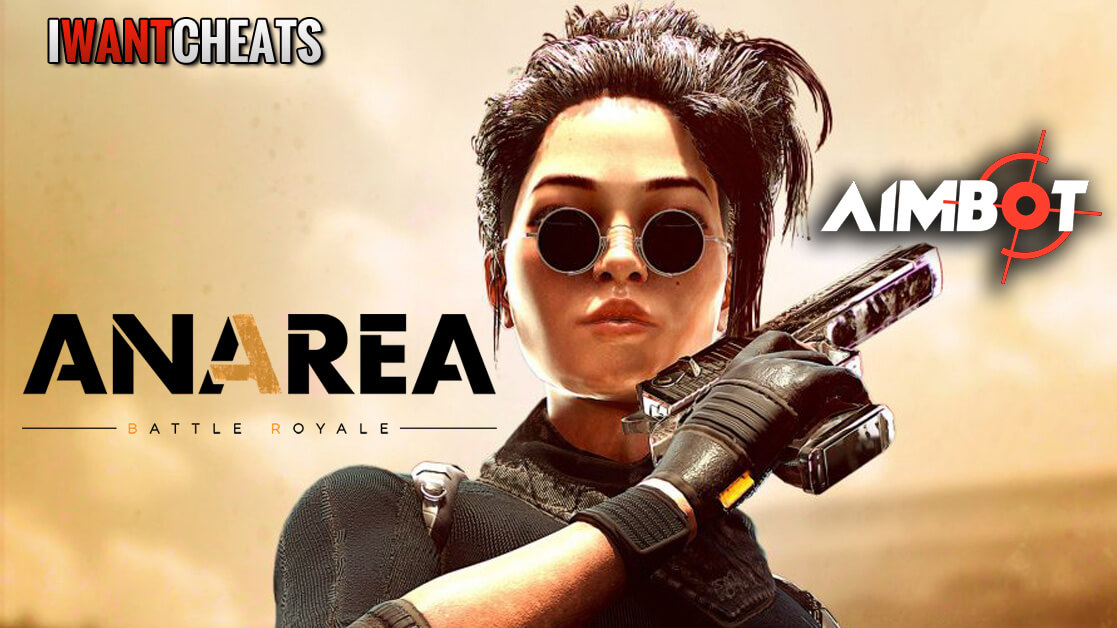 That’s right, we have the first-ever ANAREA Hacks ready for you when you download ANAREA on Steam!

Users who played the ANAREA Alpha said the game is like H1Z1 and PUBG, so we expect ANAREA to be a massive hit with our cheat users.

We also released a new Download Our HWID Spoofer you can use to help you stay safe when playing ANAREA or any other cheats we support.

We also just updated our Modern Warfare hacks to work on Season Six.

It takes 5 minutes to register on IWantCheats and download the ANAREA Hacks. This is all you need to do to start using the hacks today.

Once you get access to the VIP ANAREA Hack Forum, you can download and start using the hack right away. 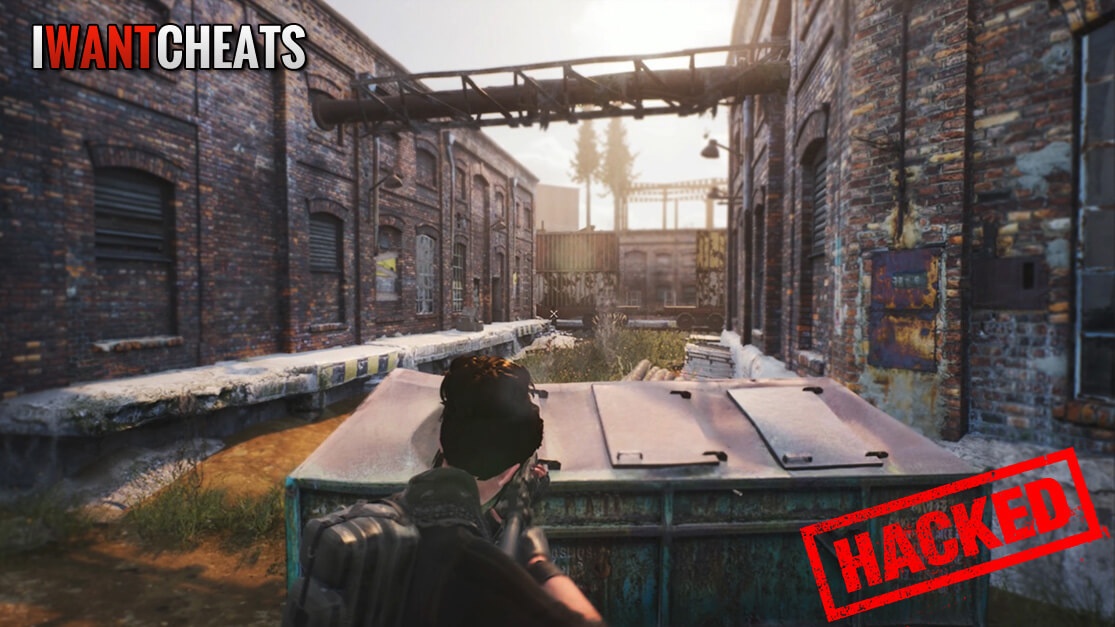 Our super accurate ANAREA Aimbot will help you kill everyone without ever being killed. Rule ANAREA and become the best player ever with the help of IWC!

This is how you use the Aimbot in ANAREA.

The ANAREA Aimbot is super accurate and helps you take out the enemy without even getting hit. 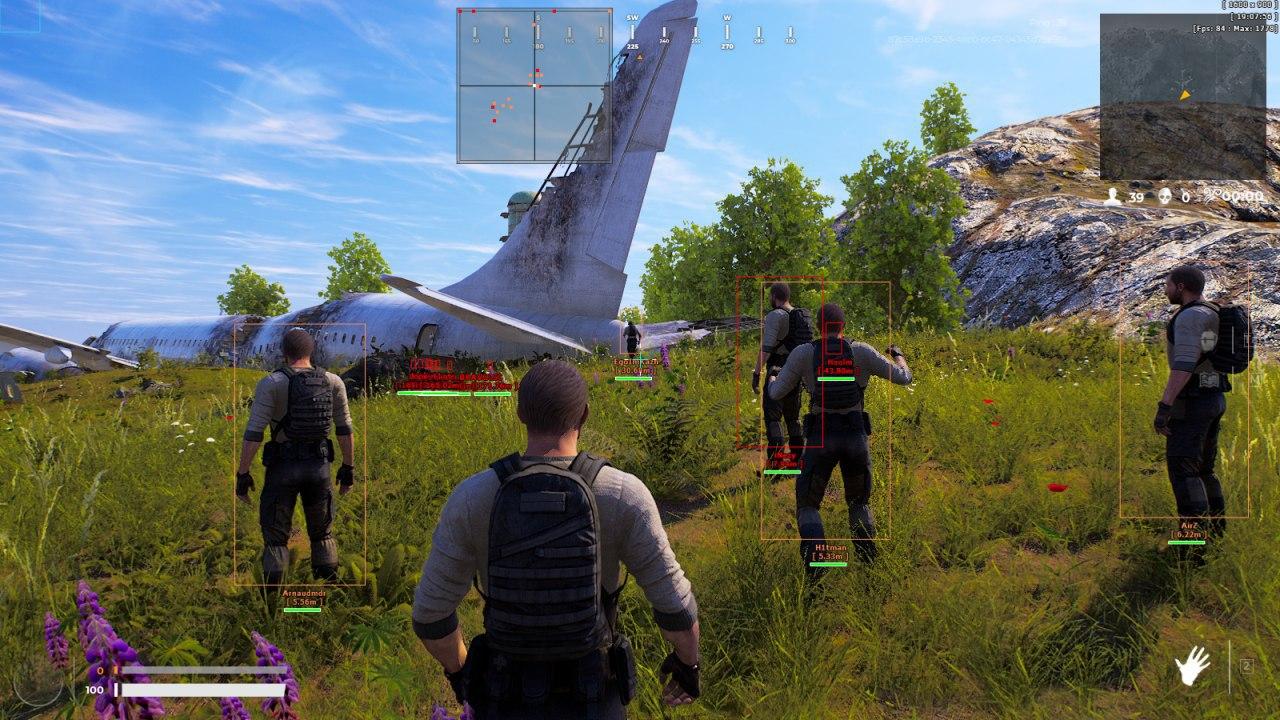 The ANAREA ESP Wallhack shows ESP around all the players at all times. This means anywhere you go on the map, you can see the enemy, even when they are behind objects.

The ANAREA Wallhack allows you to see the enemy on all levels; if someone is in the basement or on the roof, you can see them behind any walls.

We also include a full radar hack that shows you the enemy in a 360-degree view. 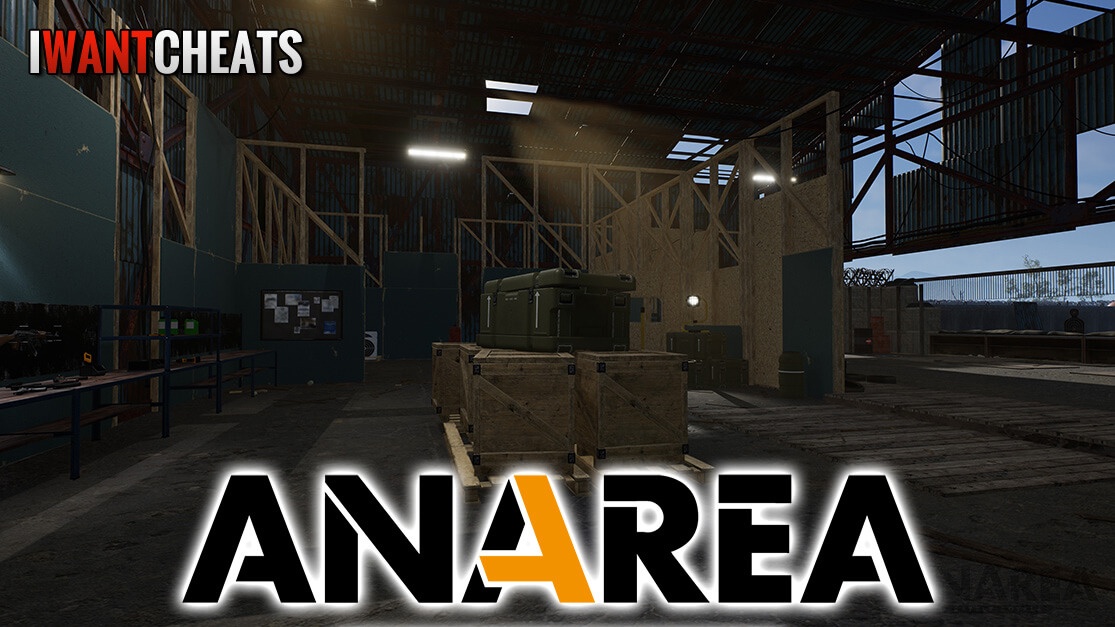 You can download our ANAREA Cheats right now by clicking here to register on IWantCheats.

If you aren’t 100% happy with our ANAREA Cheats, we will gladly give you a refund if you request it 24 hours or less.

We want to please all our customers and make you very happy, so join VIP now.

Gamers, the time is upon us! Hop in the excitement and get ready to bust out your PCs to unleash your wrath on your opponents in ANAREA Battle Royale video game.

I’m super stoked for the game to come out. ANAREA Battle Royale has massive hype and the skeptics surrounding it. Here are all the details available on the game currently. 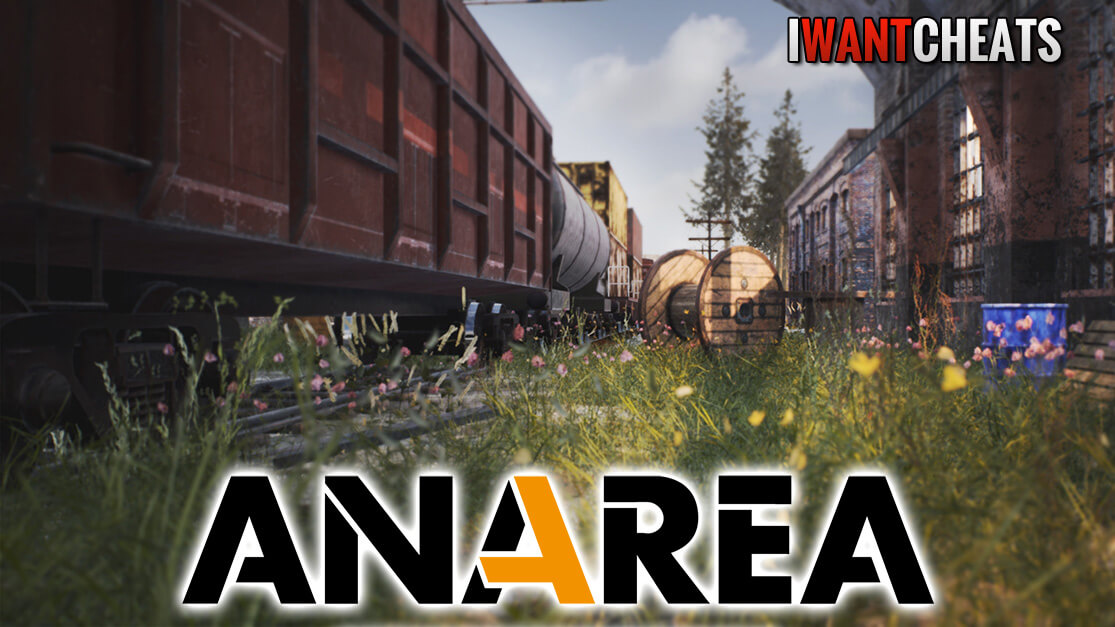 AXC Games (only has 10 employees) alongside 87 backers whose funds account for €10,876 on Kickstarters (a project funding platform) gave ANAREA Battle Royale life.

In a post-apocalyptic world, ANAREA Battle Royale’s initial version will feature 60 players pit against each other. These players randomly spawn all over the battlefield after an initial standby period in a lobby.

There on, an incoming storm directs all players to converge at a certain point. Players will have to scavenge for loot, flush out, and kill opponents along the way.

You only survive if you abide by the motto – aim quickly and shoot without asking any questions. The play continues until the last player/team remains on the battlefield.

Unlike other BR games, you will find ANAREA Battle Royale to have comparatively smaller maps. And there will be no need to wait for the incoming storm to begin. 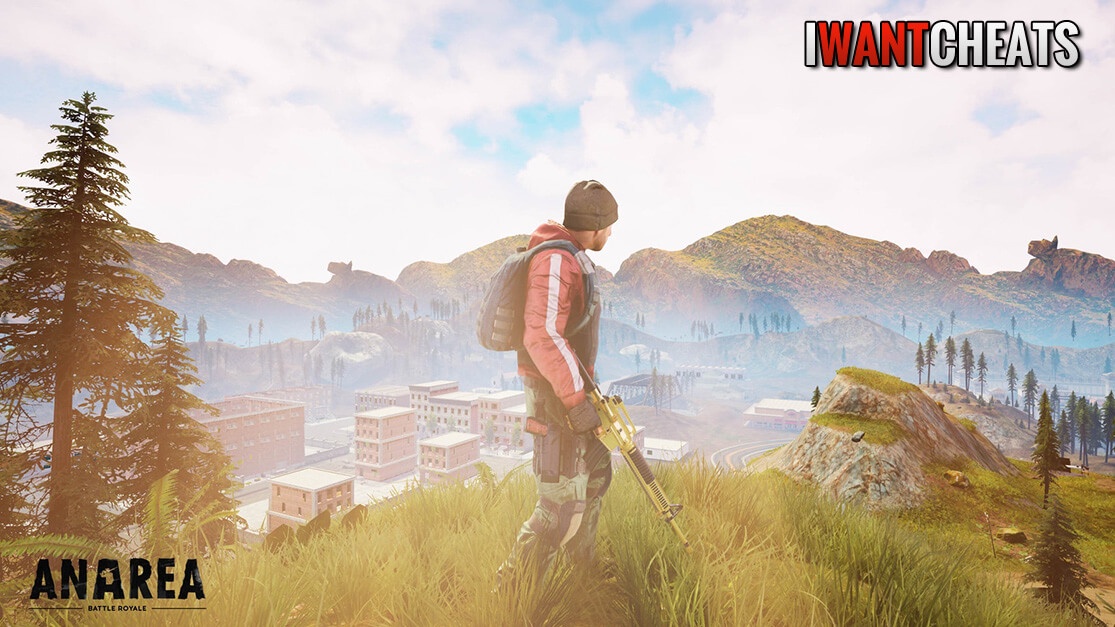 It fits with the game’s fast-pace theme to keep the players on alert throughout the game. The game packs a new punch of gaming and weapon modes like training, customizable characters and weapons, skins, and solo-, duo-, squad matchmaking. The developers are working to provide several new game modes later down the road. Furthermore, you can buy exclusive gifts using AXC coins.

ANAREA Battle Royale’s music feels invigorating and builds momentum, which absorbs you in its gameplay. Best while waiting in queue for the servers to connect you to a match! We recommend you listen to this blood pumping ANAREA Battle Royale menu theme song preview by Bizo.

The game is available on Windows via Steam, and the AXC Games plan to release it in July 2020. However, bearing in mind the current corona-virus situation, it is a tentative release date.

The game’s alpha version is likely to drop out within the next 3 to 4 months. However, you can pre-order the game and unlock exclusive rewards when it is available to play. Visit the AXC Games forum regularly to check for updates on ANAREA Battle Royale. 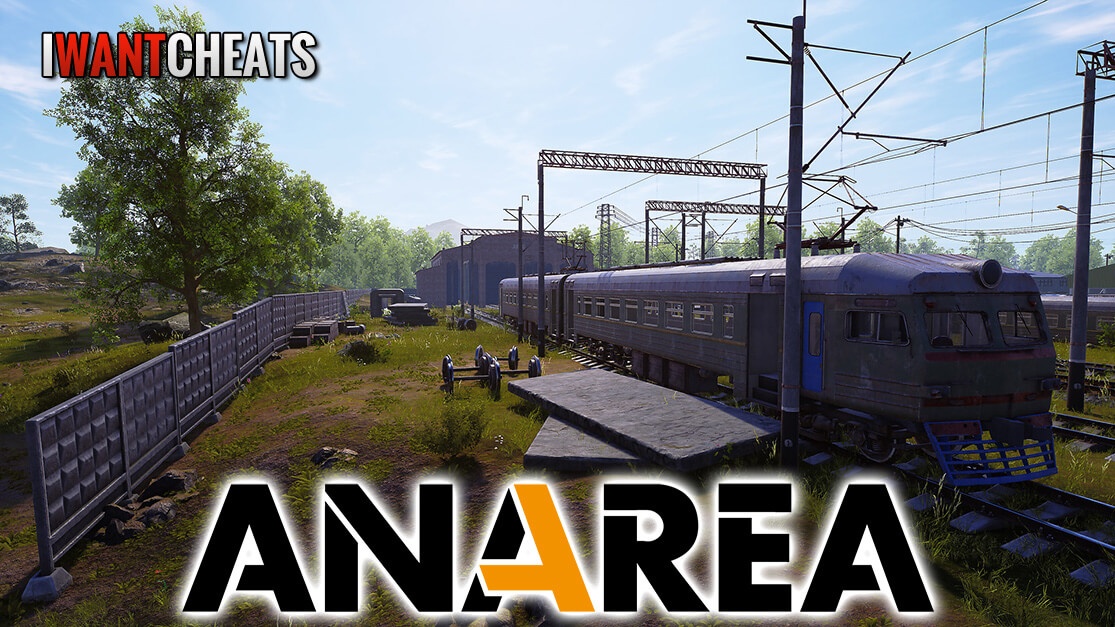 Early access of the game comprises tons of appealing features listed down below:

ANAREA Battle Royale has a crazy fast-pace TPS theme. ACX Games provides you with skill, dynamic and aggressive gameplays through features like ‘no bloom’ and ‘long looting durations’ to live up to this expectation. Enjoy the liberty of quick buttery smooth movements to fill your opponent’s lead, i.e., bullet holes. You will have to improve your survival instincts, accuracy, and reflexes to outwit your opponents for survival.

The game has a consumables’ system to incorporate a realistic survival experience. Not only will you have to fend off enemy attacks but scavenge consumables to heal the damage done by opponents, and replenish stamina to sprint for longer durations, etc.

ANAREA features vehicles that you can drive to match the game’s fast pace and add a realistic touch. But, watch out for these vehicles! They are susceptible to explode at shooting them. You can blow cars to kill nearby opponents. As of yet, the types of cars are unknown to keep the hype alive.

ANAREA Battle Royale features Air Drops during matches to raise the stakes. It increases the game’s difficulty level by pitting players against each other to obtain the rare level loots from Air Drops.

Like every other game, ANAREA Battle Royale consists of a training zone designated for trying out the multiple gameplay controls and styles. You will find the basic gameplay controls like parkour and shooting at dynamic targets at the start. Later, the developers plan to introduce new gameplay features.

There is no fun without competition! ANAREA Battle Royal provides aggressive competitive matches to figure out the best among you, worthy of the top rank. Winning spirit and excellent shooting & combat skills go hand in hand if you wish to be the last man. Level up your avatar and boost your experience to instill fear in the hearts of rookies. There are quests to motivate yourself to hone your gameplay skills and level up your rank.

ANNAREA Battle Royal maps have dope post-apocalyptic artistic direction, environment, lighting system, and ambiance. They give off a chaotic vibe like the withering graffiti walls, vehicles on fire, cracked roads, rundown and looted buildings, and much more with every bit of attention to detail.

You may agree with us when we say a gamer’s desire to control their avatar has grown over the years. ANAREA Battle Royale will allow you to customize your character any way you want, from their skins, gender to attire, and so on.

You can expect the Alpha Version/Early Access of the game to accommodate only the solo matchmaking mode.

You can still be part of the match as a spectator after dying to learn from other’s mistakes and experience the best players’ hack off at each other. The Killfeed is a gameplay attribute to broadcast real-time updates usually at your screen’s edge/side in many games. It informs players partaking in a match about killers, their victims, and kill actions or streaks. It can also serve as a record.

ACX Studio Games have answered some of the most frequently asked questions:

ANAREA Battle Royale has used the Unreal Engine in the making. Most of you may have heard of Unreal Engine since it is already employed by some of the most famous games like Fortnite, PUBG, Borderlands, etc.

We expect ANAREA Battle Royal game’s early access to be around 6 to 9 months.

No, it is not a free game. The alpha and beta versions of the game require payment.

BR is right up a lot of people’s alley in the current decade. ANAREA Battle Royale looks to be a promising BR video game. Personally, ACX Games has big shoes to fill in.

The game’s trailer reminds not only us but many others of the H1Z1. The gameplay and environment are somewhat similar to the H1Z1 that enjoyed massive fandom back in the day.

Famous streamers like T-hump and Storm from the H1Z1 community have their eye locked on ANAREA BR’s release. The fact that the game looks to nail down fast-paced arcade gameplay makes it stand apart.

It is very likely to build the right name in the BR genre, especially BRs like Fortnite, PUBG, and APEX Legends, which recently lost popularity each day.

Consulting an inside source, we found the developer teams will receive about 170 fps on high-end rig systems (with high settings and shadows on low) while 100-90 fps on low-end rig systems. It is quite good as long as the servers are stable.

To back it up, AXC Games has already given an update on the location of ANAREA BR servers. There will be NA-West and NA-East, South America, Asia, EU, and Oceanic servers to support the game.

In our opinion, the addition of Asia servers is an excellent decision for an efficient and fast gameplay mechanism. It will reduce the load across other servers preventing crashes during matches because the main population playing BR games like PUBG, H1Z1, and Apex Legend belong to Asia.

While watching the demo version, we found the game to have a little wonky graphics, and many objects seem like placeholders at the moment. Albeit overall, the swift movement kills, and the post-apocalyptic atmosphere is excellent.

Besides, the game is currently in development, so you can expect it to grow a lot by the end of Early Access with tons of cool new features.