Blacklight Retribution Hacks by IWantCheats:
I want cheats brings you another featured hack for this exciting first-person shooter.

Coming in two major categories, Aiming and Visuals, there are a few extras thrown in for good measure. A little bit more detail provided below. 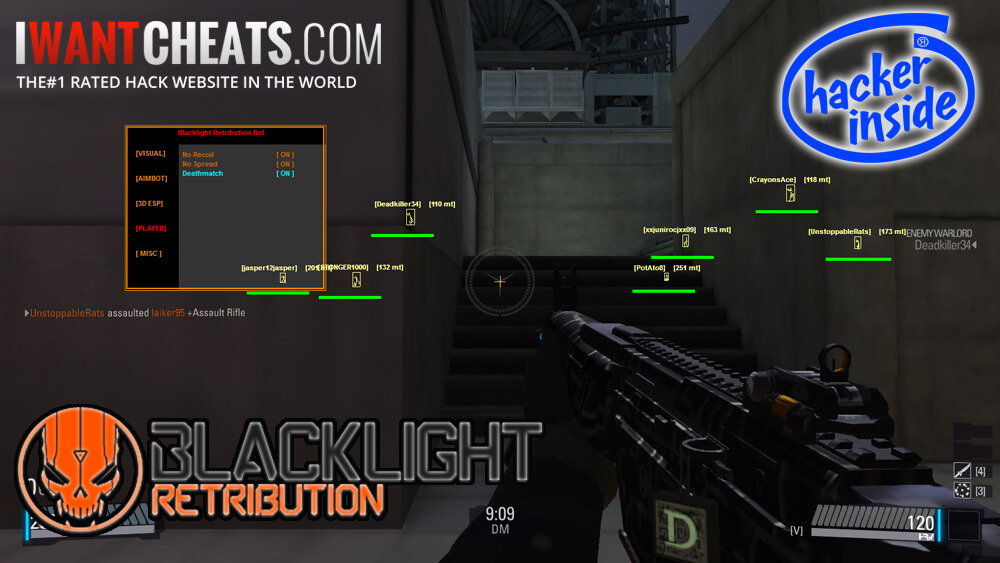 Auto-aim and auto-fire regardless of what weapon you are using with the aiming hack. Other features are:
* Smoother aim
* On enemy/friendly (choose who to aim at automatically)
* Aim bone selection – also used in Modern Warfare 2
* Select aim key to assign yourself
* FOV limit (customize the angle of vision for target acquisition) 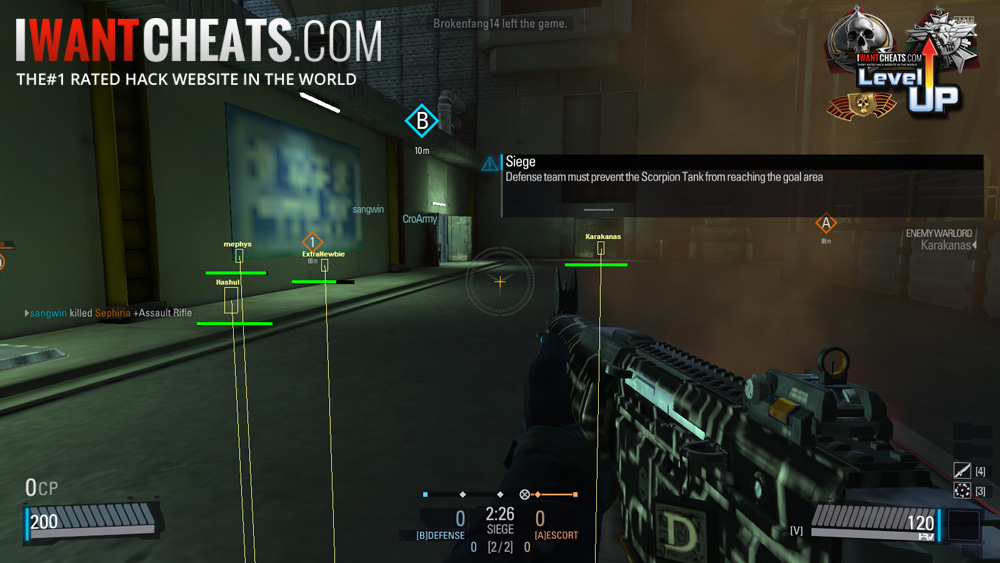 The Blacklight Retribution hacks are compatible with all Windows systems including XP, Vista, and Windows 7, Windows 8, both 32 and 64 bit. You will also enjoy these other amazing features that are also available with our COD Warzone 2 hacks:
* No recoil
* Crosshair
* No spread
* FOV changer
* Load and save your settings 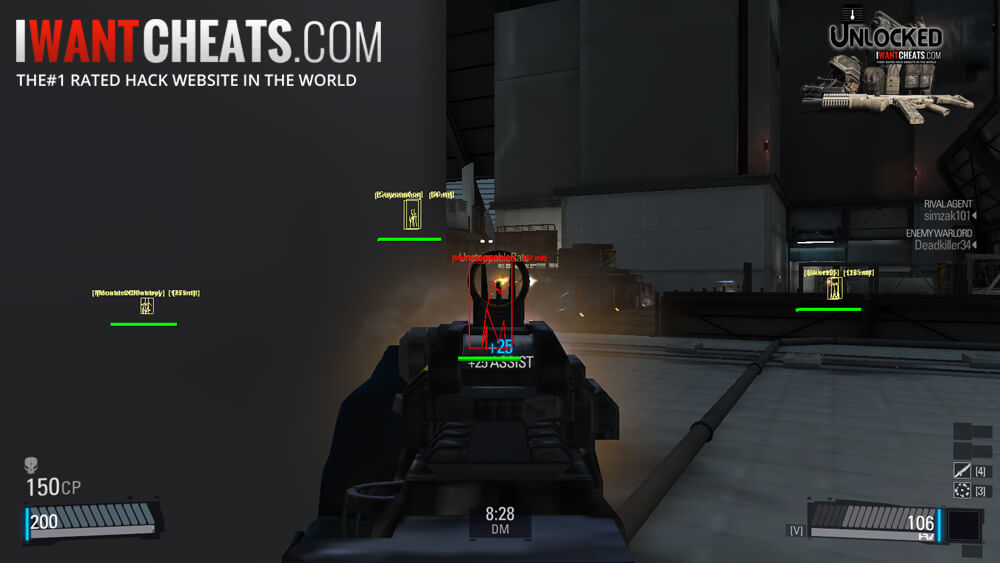 BlackLight Retribution Hacks 2014
There is just so much creativity you can bring to the first-person shooter genre and Zombie Studios in developing Blacklight Retribution have opted not to reinvent the wheel.

Instead, they have decided to take what’s already available from nearly every other first-person shooter out there.

Improved graphics, smoother controls, and weapon customization made BLR heavily attractive to staunch followers of Call of Duty or World of Warcraft. 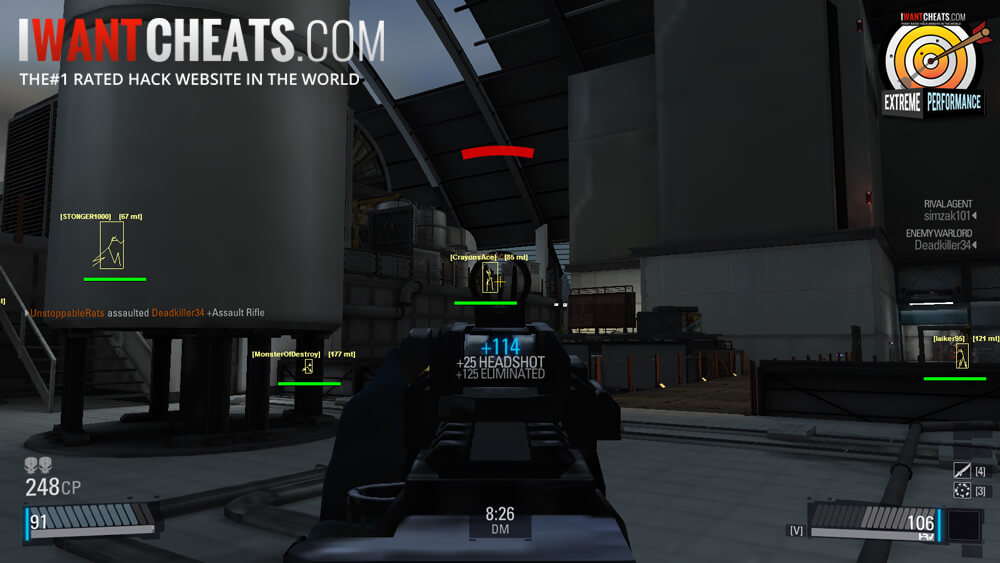 This is largely because it promises everything all the other shooters do, with the added benefit that you do not have to pay for it.

The best news is our team made the undetected Blacklight Retribution Hacks for you to use in the game to help you win every round, rank up fast, and always kill the enemy.

About Blacklight Retribution
Featuring highly customizable characters, from appearance to weaponry, this is one of the most attractive features of this game. The customization allows you to create a unique fighting machine and affects your character’s abilities such as health and speed.

Zombie has gone out of their way to create a game that sucks the players in as they tinker around with their weapon and armor.

Another unique feature of the game is that it’s only multiplayer, with no single-player mode released. The modes available are clones from games such as Call of Duty and include King of the hill – teams fight out to claim the top spot and Capture the flag.

These are real tactical and team-based games where the team with the best firepower and the right strategy will usually come out victorious. The great control results in fast and responsive gameplay that rewards players with clean kills and in-game rewards.

One exciting feature which other developers are most likely to rip-off is the Hyper Reality Visor or HRV, which is available to every player in Blacklight. When activated you develop the ability to see the entire environment, a bird’s eye view if you must. 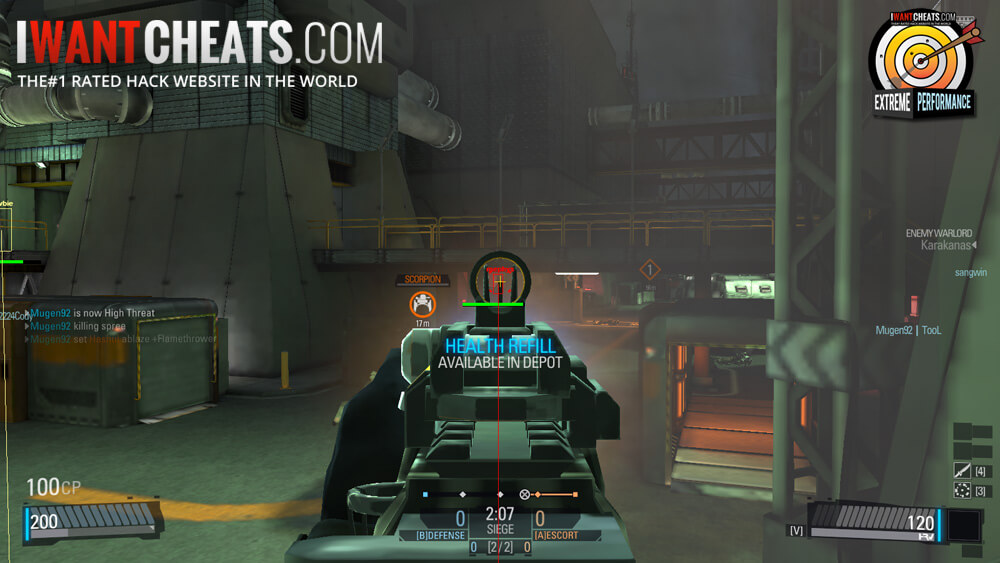 This includes everything from enemy positions, friendlies, and what they are carrying. If you have been gaming for long enough you will realize that this is essentially a wallhack, which is a first in the gaming world, providing a game enables hack. There are limitations to its use, however, which include:

* HRV cannot be utilized at the same time as firing your weapon
* Activating HRV drains your health and makes you vulnerable, it also takes time to recharge. This means it needs to be used as a tactical weapon.

Other features common in most free to play games include the ability to earn rewards within the game, which can be redeemed for weapons upgrade, and if you don’t have enough “zen” you can rent stuff. Real money can be exchanged for “zen” if there is a piece of kit you must have, although Blacklight is more a game of skill than the equipment. 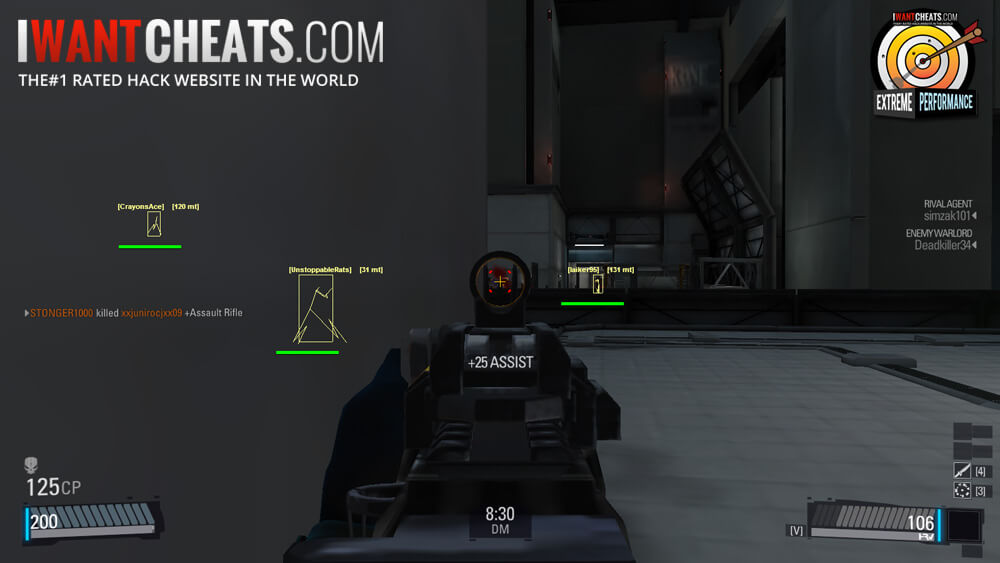 I also uploaded the Blacklight Retribution Icons we have on file, feel free to use them on your website if needed.