This was the WRONG information and I ended up wasting about 2 hours on a Tier 1 map, so I decided to write up this guide to help everyone else.

In this guide, I put together a list of exactly what you have to do to unlock the Call of Duty Advanced Warfare Zombies and the zombie skins for multiplayer. I also tell you the easiest way to beat Exo mode in the shortest amount of time.

This guide works for PC, Xbox One, PS4, etc… in other words, any PC system or Console.

If you like zombies don’t forget to check out our H1Z1 Hacks page.

Let’s get started and get everything unlocked for you in the easiest way possible. 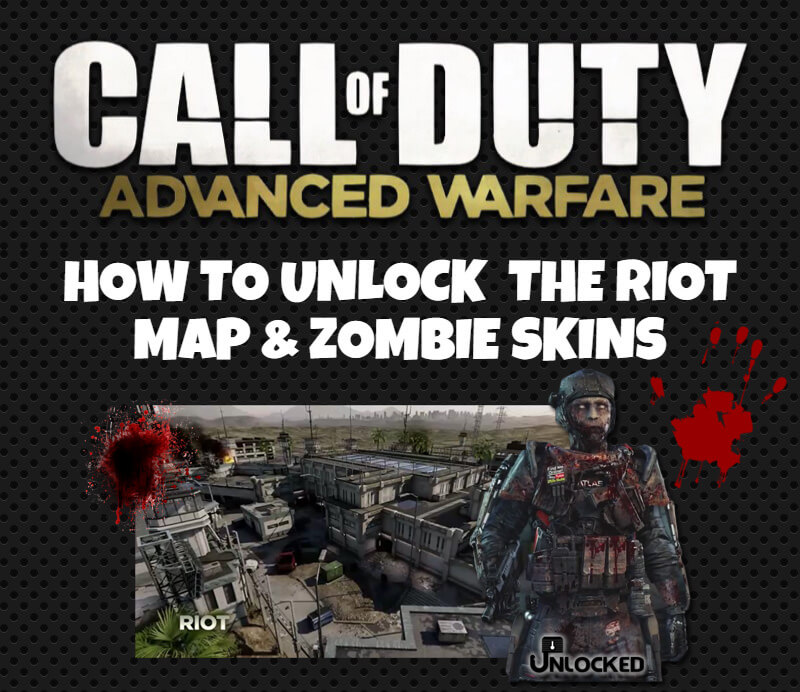 In order to play the Riot map and unlock the zombie skins, you have to play Exo mode.

Exo mode puts you and three other players in maps against bots.

You must beat a certain number of rounds to open new maps (called Tiers).

So let’s start off by playing Exo mode. 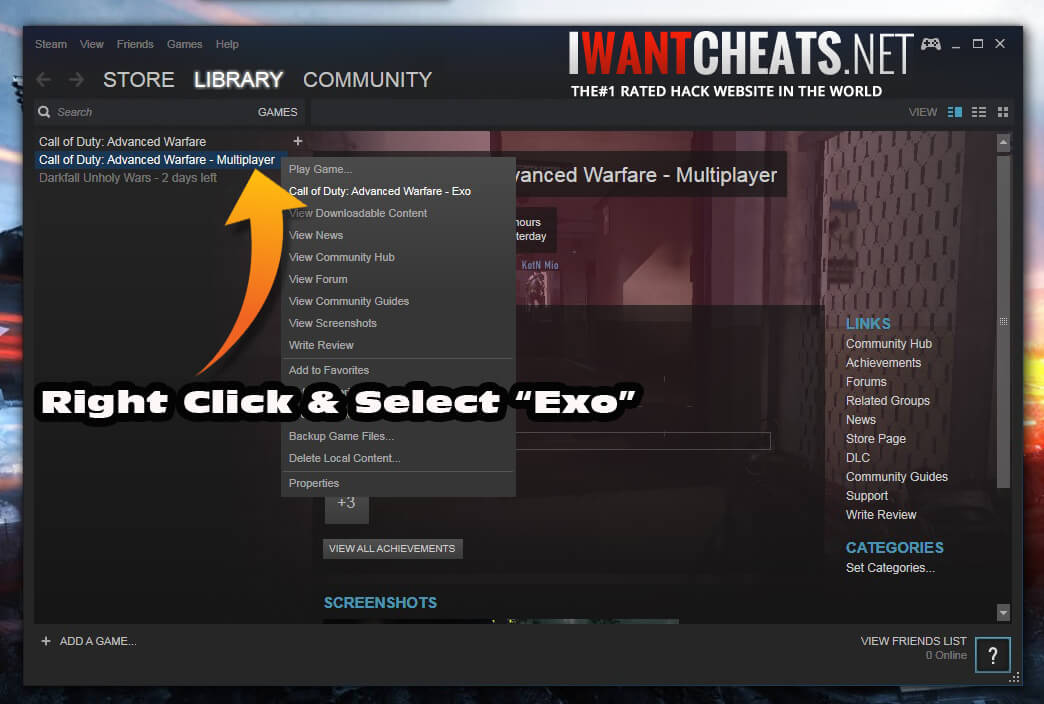 In order to unlock the Riot map, you have to play each map (Tier Level) a certain amount of rounds.

In total, you need 4 hours of playtime to beat the 225 rounds. Here is the exact number of rounds you have to beat for each Tier. 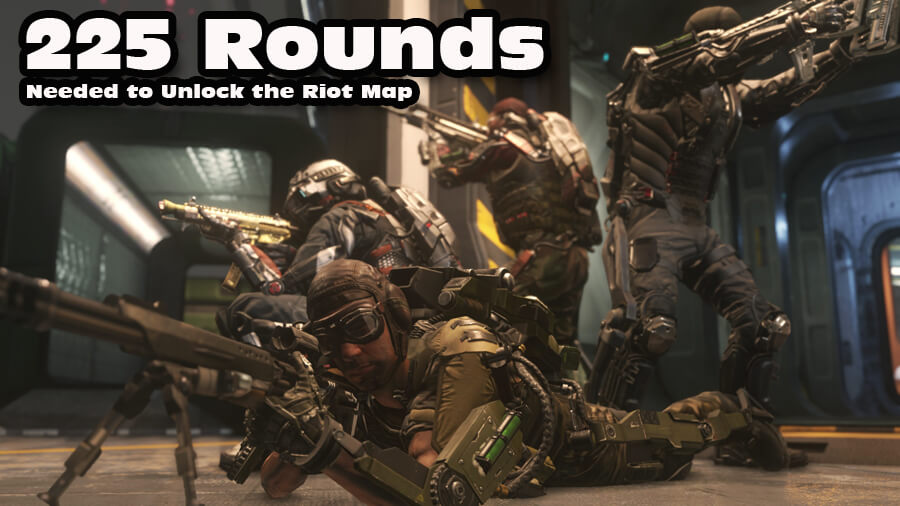 Once new Tier maps are unlocked the game will still try to place you in previous Tier maps for rounds.

So you MUST join servers and play on maps for the Tier level you want to unlock next. I posted each Tier below with their map names, you can copy and paste these into notepad or Word and print it out for easy viewing later. I also posted images below showing each Tier, the maps listed for that Tier, and the number of times you have to beat each round to unlock the next Tier.

NOTE: You DO NOT have to play all rounds back to back without taking a break. In fact, you can play one round, quit then come back and play again at a later time if you like. All rounds you complete count towards unlocking the next Tier set. If you do decide to play all 225 rounds get ready to spend about 4 hours on the computer. =)

How to Tell You Unlocked a New Tier or New Maps

So you just finished 50 rounds on Tier 1 maps, great job!

How do you know you actually unlocked Tier 2 maps?

You have two ways to check that you unlocked the next round of maps.

1) When you exit the match you will see a message saying “You Unlocked the Tier 1, 2 or 3 Maps” 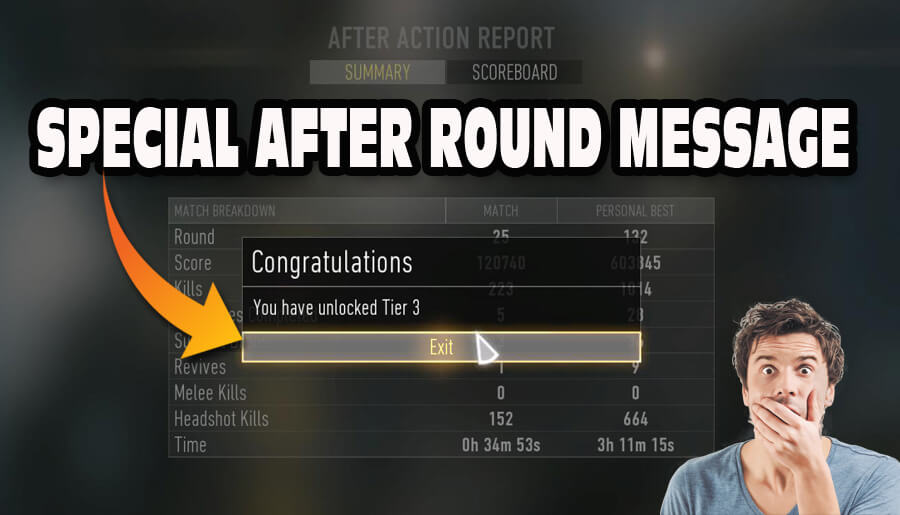 2) Navigate to the (Maps) screen to see each Tier and what you unlocked.

On the game menu for Exo navigate to the following…..

Then you will see each Tier and the 4 maps that Tier offers. Simply move the mouse to the right side of the screen to scroll through all Tier levels. The maps will list either “Locked” or “Unlocked” on each Tier level.

How to Unlock Call of Duty Advanced Warfare Zombies Skins

Another problem I noticed is people have no idea how to get the zombie skins for COD Online multiplayer.

You know everyone wants to play as a zombie in Advanced Warfare, so follow this easy guide to unlock all the zombie skins.

In order to get the zombie skins, you simply start beating Tier levels.

This is the breakdown of what you get for each level, I’m sure you have seen many of these online already.

This is what the full zombie outfit looks like including the head, helmet, Exo suit, etc. 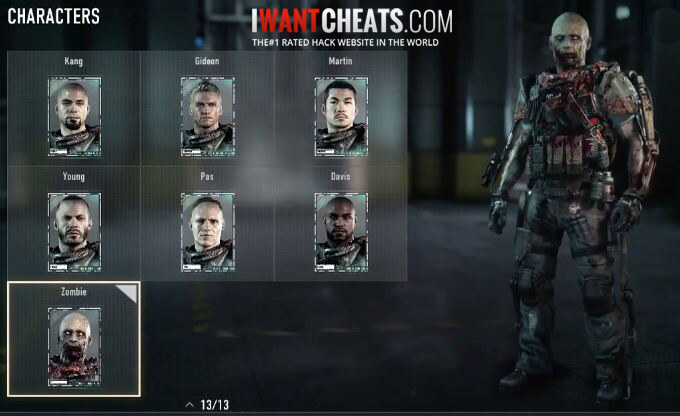 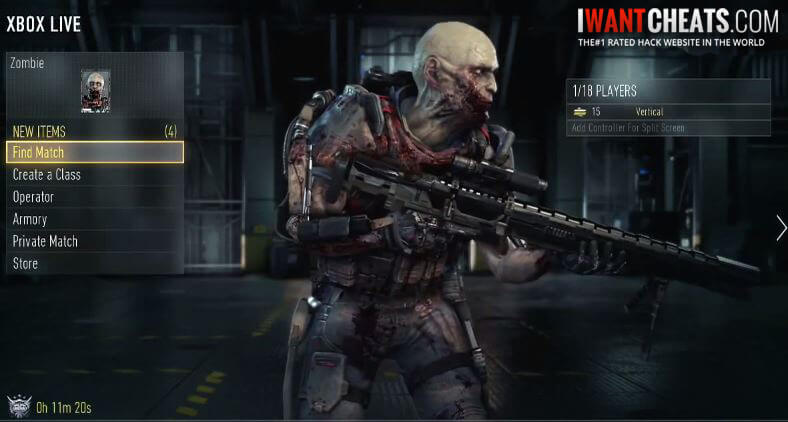 Now all you have to do is beat the Riot map, it’s not that hard so listen up soldier. =)

You have to beat the Riot map for 10 rounds, the first 9 rounds are the normal enemies.

At round 10 the zombies come out after you and these suckers are fast.

Start taking the zombies out and survive until the count down clock starts.

Now you have to get to the exit to beat this mode and unlock the zombie head for COD online multiplayer!

Check out the video below, it will show you how fast and scary the zombies are and how to escape the level.

Keep in mind you can’t kill all the zombies, they never quit coming after you.

If you watch this video it will show you the final round, the zombies, and the final cut scene. I do suggest you watch it so you know how to exit the level, then you won’t need to play the rounds 10 more times. The Zombie round starts around 1:20 in the video, make sure you select 1080p 60 HD for killer quality.

A really killer featured we built into our Call of Duty Advanced Warfare Cheat is a new auto bot.

Set it up in-game and you can walk away, use the bathroom, go eat, whatever….. it does all the work for you.

Simply load the bot, then start the game.

When you go into the Aimbot menu check “auto fire” and join a match.

Select HEAVY EXO when you start the round which gives you the weapon you need to use the entire time.

Now use all the upgrade points on Weapon Proficiency.

Watch the video below, I’m not using my keyboard or mouse, the bot is automatically playing the round for me. Notice when the enemy (in red) comes on the screen the bot turns me around 180 degrees and starts taking them out. Get the Call of Duty Advanced Warfare Aimbot for the PC.

How to Beat Exo Mode the EASY Way Without Bots

You must use TEAMWORK to beat Exo mode quickly and easily. So find three other players on the Steam Forums or Call of Duty Advanced Warfare Forums and ask for their player name (friend them inside the game), then set a time to meet and play.

When you play Exo mode each round gets harder as you progress.

You have to play 25 rounds total per wave. Round 1 is Super Easy and Round 25 is the hardest.

Simply start on Tier 1 maps and beat 10 rounds, it’s easy and takes about 20 minutes. Then get killed on round 11 and restart on another Tier map for that level. This way you only play the first 1 – 10 rounds and have it super easy.

If you play all the way up to around 25 it is much harder and takes longer. You won’t get penalized for starting over again on the easier rounds.

I hope you enjoyed my Call of Duty Advanced Warfare Zombies Guide to help you unlock the Zombie map RIOT and the new Zombie Skins. Please leave me any comments or suggestions below. Now go Enjoy the new Zombie skins and have fun playing the Riot map! 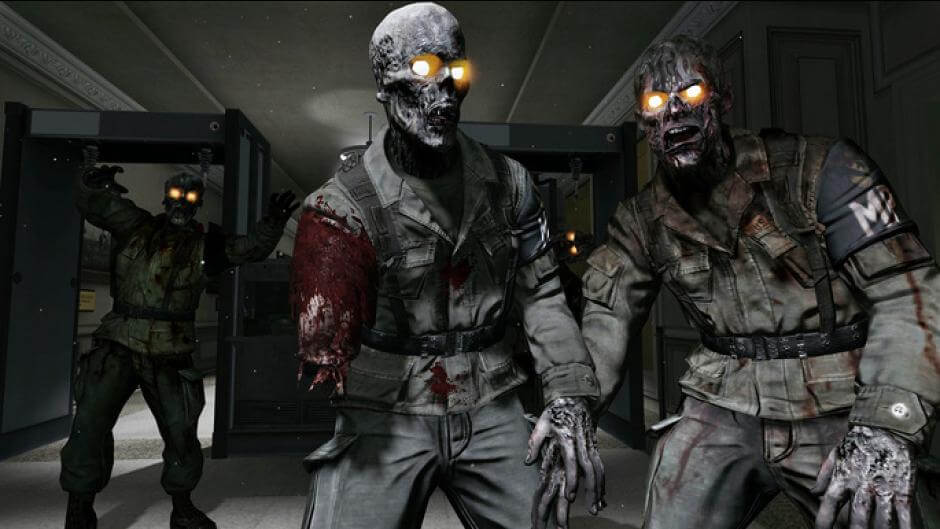