Do We Have Black Ops 2 Hacks?

Our Black Ops 2 hack is running strong, stable and it’s still undetected by anti-cheat software in 2020.

With the ability to easily locate other players, deliver quick kills, and unlock every single weapon quickly, you will dominate with our IWantCheats Black Ops 2 hack. Download Black Ops 2 Now. 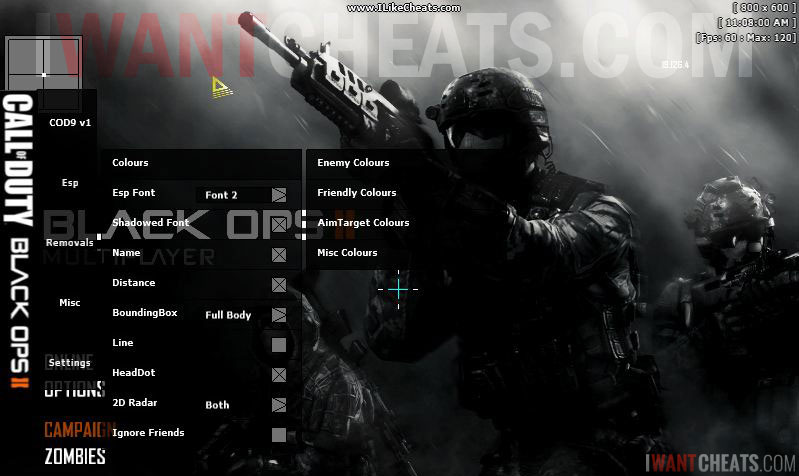 It only takes 4 minutes to sign up and download our Black Ops 2 cheat, you can rank up in hours, not weeks.

It’s really that simple, then you can start using our undetected bot on every server and kill everything you see. Think about 200-meter sniper kills, our Black Ops 2 Aimbot allows you to do that with no problems at all.

Simply hit your Aimbot key and the weapon locks on and stays locked on the player’s head until you take him out. Watch the Call of Duty Black Ops 2 Hack video below and see our hack in action!

Aimbot
* Autobot with AimThru and AimAt
* Knifebot auto-kill with a knife within proximity of the enemy
* Autoprone will put you in prone when fired at
* AutoSwitch bot goes to next enemy on auto
* Auto shoot fires for you
* AutoWall fires when a bullet can go through the wall
* AutoZoom makes the gun zoom when aimed
* Field Of View adjusts the aimbot to see 360
* Human Aim, makes you look like your not cheating
* Aim Speed can be set to slow or fast
* Ping Correction aimbot works better during low ping
* Friendly Aim lets the bot aim at your team
* BoneScan to locate visible body part
* AimKey hold down to lock on to the enemy
* Visibility Check only locks on when the player can be hit

Removable
* No Recoil, the gun does not move up when firing
* No Spread, all bullets hit dead center 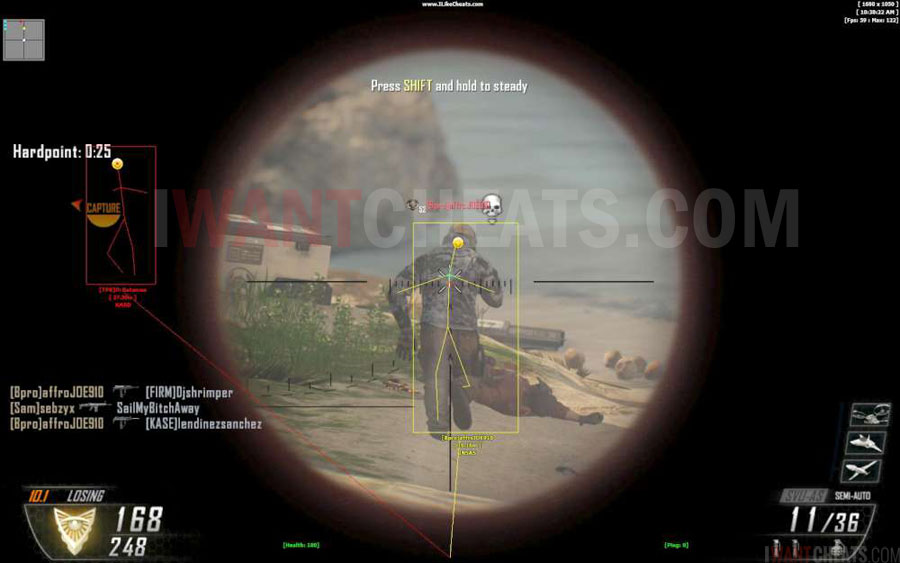 Working in both multiplayer and single-player mode, the zombie hack will allow you to customize a slew of epic options during gameplay.

Easily navigate through the endless lava, fog, and hoards of zombies in COD BO2. 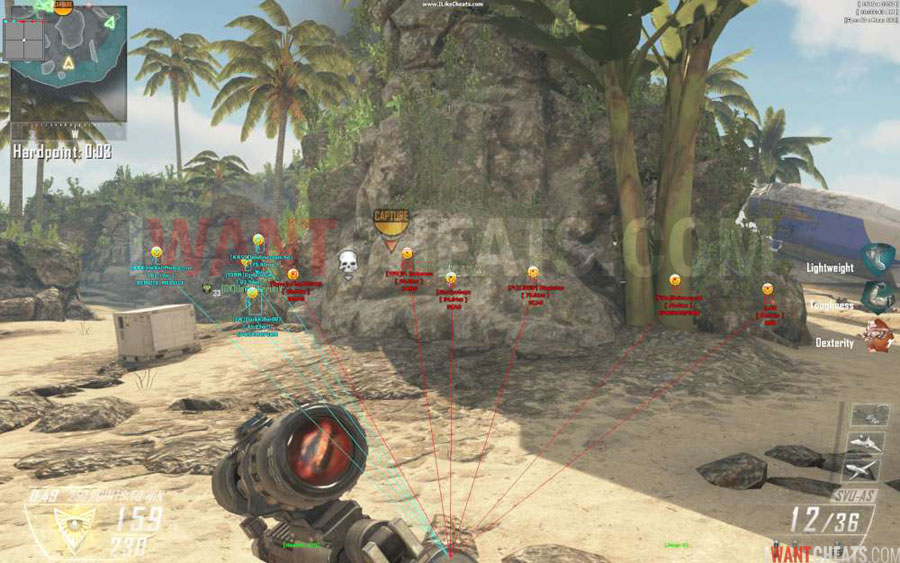 Find and kill all enemies every round!

Avoid becoming the next kill and start delivering more kills by easily locating your enemies behind walls and around turns! With our Black Ops 2 hack, no more repeated deaths with EMPs, Claymores, and C4.

See the enemy coming way before the player’s character came on screen allowing for the ability to aim and kill before you are detected. ESP can be used with or without the Aimbot making gameplay more flexible.

Bonus: Use ESP to repeatedly kill an individual player multiple times within EVERY round. 😉 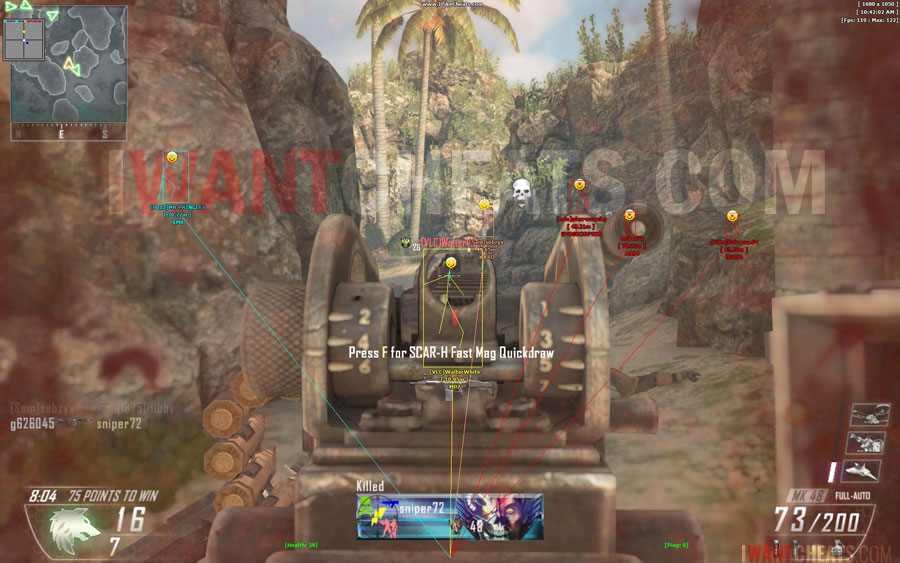 When you use our Black Ops 2 hacks, you get the fastest Aimbot in the world. Combine the Aimbot with ESP to execute kills within milliseconds of any enemy appearance.

Chaos mode and Hijacked map will be completely different and allow more custom options to the player.

UAV spam and respawn death by Lightening strike is no longer a problem. 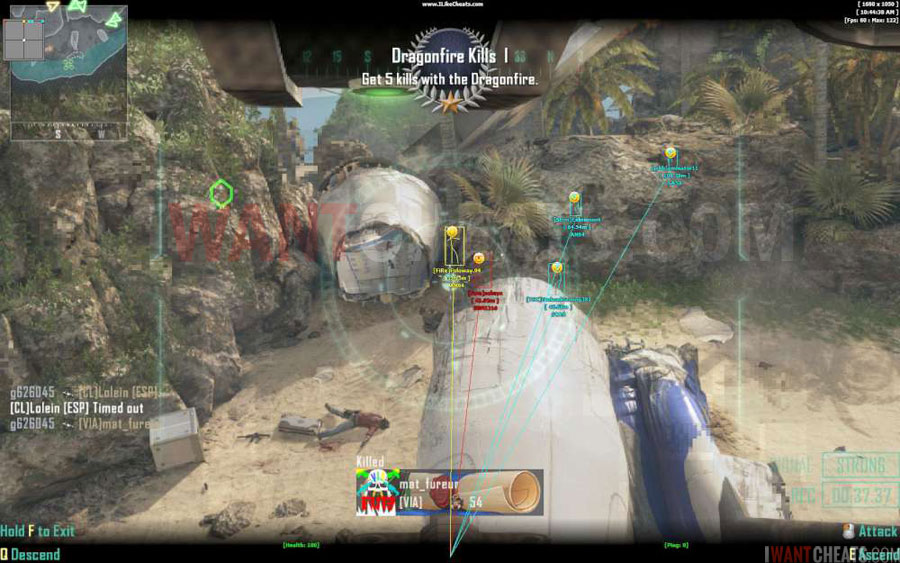 UNLOCK ALL WEAPONS IN HOURS

Easily unlock weapons and upgrade your favorite weapon ( MSMC, DSR50, + PDW57 ) and quickly complete camo challenges for respective guns. Crossbow users will love the Aimbot features in our Black Ops 2 hack and being able to unlock the Ballista ( Iron Sight ) which would usually take 40 levels to obtain. Calling cards and rewards are unlocked faster too.

With only 33% additional ammunition being granted with “Extended Clip” – our members love not worrying about ammunition running out.

The building that Jet Gun was TOTALLY worth it now, with our BO2 hack, you don’t have to worry about your own gun killing you anymore.

-Without using our unlock feature in our Black Ops 2 hack, you’ll play 1,000+ rounds to obtain the most superior weapons…
-With our unlock hack, you can now unlock all weapons and add-on easily and you will see yourself at the top of the leaderboard every game. 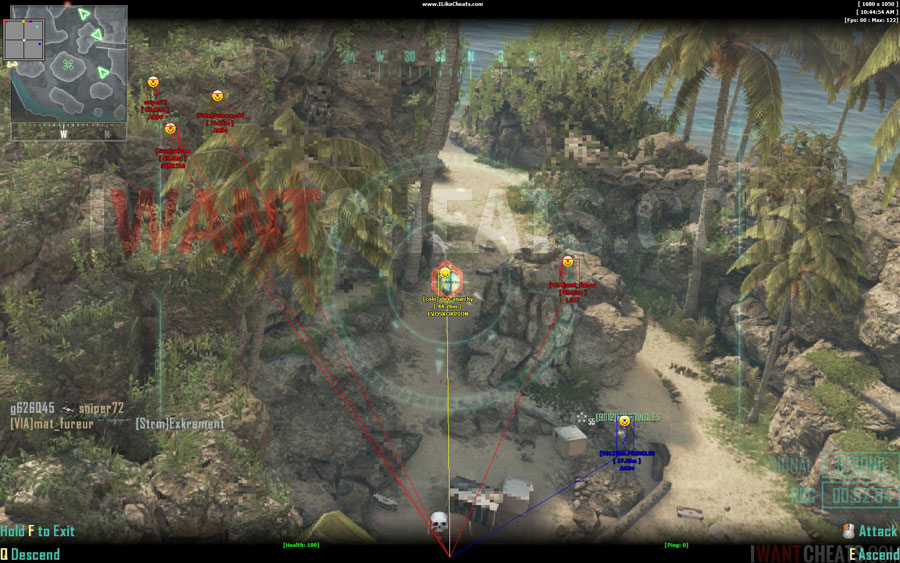 SIMPLE TO USE INTERFACE

New to using a Black Ops 2 hack? No problem. Our easy to use cheat menu takes minutes to set up after you sign up for our Black Ops 2 Hack VIP.

After signing up, you’ll instantly be given access to the download and you’ll be able to start using the cheat before you begin your next game!

Once you have the cheat downloaded and running, just launch your game and a new cheat menu will now be visible. The cheat menu lets you tweak the settings directly during gameplay using the Black Ops 2 hack!