Call of Duty Black Ops 3 was finally released in 2015 (we waited so long). The game released for the Playstation 4 and Xbox One consoles as well as the PC. Our coder released our 40 featured hacks on the first day, so go ahead and register to download the hack now on our forum. The BO3 hack works with every patch and updates out on BO3, including zombies.

Grab Black Ops III on steam and download it now if you didn’t already pre-load the game. Also, don’t forget to check out the Modern Warfare 2 Hack made simple, it’s a must-have shooter this year & the best Call of Duty game to date with Warzone included! We haven’t had any bans for the duration of our product being online.

When Will We Release Black Ops 3 Hacks?

The full release is out (it’s a DAY ONE release). We have the same great features as our Black Ops 2 hack. Features are a full aimbot, no recoil, no spread, VIS checks, auto fire, auto knife, ESP, wallhack, and so much more. Check out the image showing off multiplayer in Black Ops 3, you can see the ESP and how it makes it so easy to see the enemy at all times. This is a sign that you need to buy the BO3 hack right now! Looking to dominate in other COD games, then depending on your Warzone 2 cheat strategy, we have various features available. 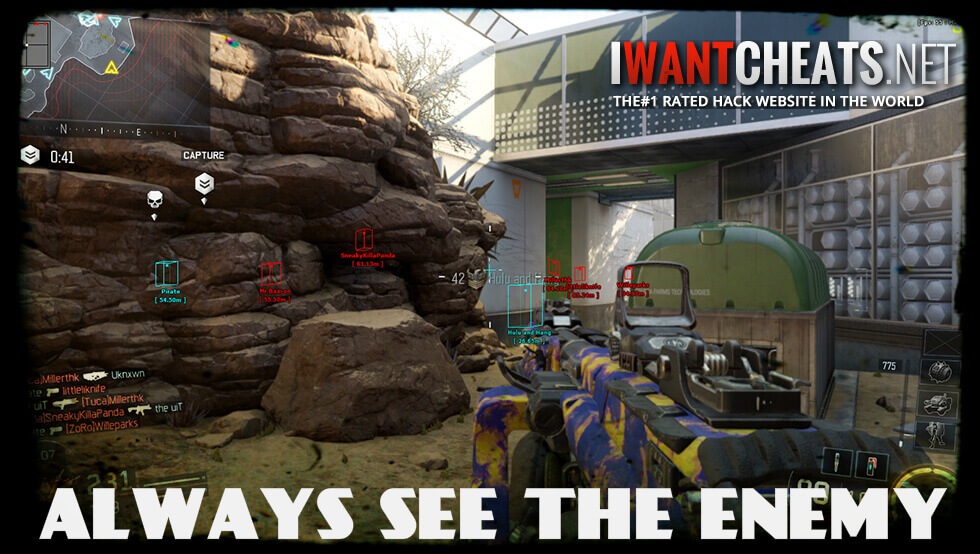 We always want to keep your account safe and make sure you don’t lose the $59.99 you spent. The great news is we have over twelve years of experience coding cheats and hacks for Call of Duty based games and Black Ops 3 will be no different! That’s right, the first cheat we ever released was for Call of Duty which came out back in 2003, that’s a time of time spent on game code by our developer. We have more experience keeping our hacks undetected than any other website on the internet.

As of today, our Black Ops 3 Hack has NEVER been detected! View more and sign up now by clicking below.

How Easy Will the Black Ops 3 Hack be to Use?

It’s super simple to use all of our game cheats. Just register on our forum and get VIP access, this opens up a secret section where you download our cheat loader.

We have a fully built mouse menu built into the program as you can see below, this allows you to turn all options on or off, during play. You can look like a good legit player or set it up to rage.

How Does the Black Ops 3 Aimbot Work?

When you start playing Black Ops 3, you set up the aimbot key with the click of a button. Then when you play, you’ll notice players are marked either in red or green, the red means bullets can’t hit them (they are behind an object or wall) and green means lock on! Simply hold down the aimbot key and fire or turn on auto-fire and the bot does it for you. The weapon will lock onto the player and take him out in seconds.

What Else We Know About Call of Duty Black Ops 3

Treyarch, the developer in this installment, has made a commitment to upgrade Call of Duty player perspective. They will achieve this by introducing open environments, with an ‘elite’ fighter option for the multiplayer version of the game.

Call of Duty Black Ops 3 (BO3) takes a very bold step towards establishing the open environment feature where anything goes. An open environment will be less regimental, and players would be able to get away with and do a lot more than is currently possible. One of the features expected to feature in BO3 is the new four-player campaign mode where four mates say, will be able to form a team and go on missions together.

Don’t forget to try our PUBG hacks with strategies and techniques.

This installment of the Black Ops run throws out the window the regimented and restrictive gaming layout design. In its place, a more free-open architecture introduces a sense of increased scope and the ability to explore.

Another exciting development in the upcoming game is the capacity to make your custom avatar from the start. A customizable avatar is a notable departure from the current first-person shooters where you adopt an avatar at the beginning that you can then customize as you level up. With a significant shift in characterization, players will find this subtle change makes the game more exciting, and players get more involved from the onset. Characters and weapons can also be upgraded using the new expansion system.

Personally, we think the game changer in BO3 is the character’s on-screen movement system. Treyarch came up with the system that allows the player to scale surfaces vertically, and there is more to it than that. BO3 is set in a futuristic landscape 50 years from now; the game features cybertronic or the now-familiar exoskeleton systems, offering “cybernetic enhancements”. 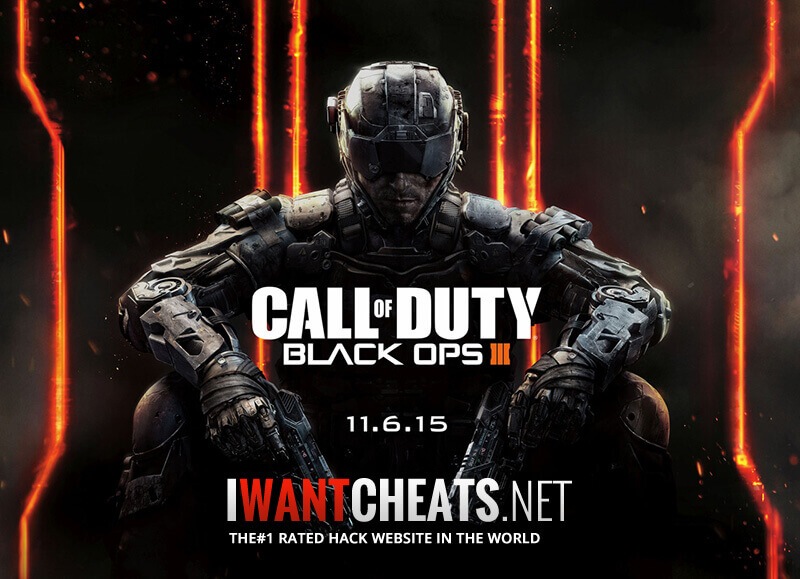 The unique movement features introduced in BO3 include the ability to daisy chain several moves together to form one clean surprise move on your opponent. As an example, while walking vertically up a building you can boost Jump, power slide, and avoid flying debris while taking out targets with the precision of a marksman. If you have ever played skating games such as EA’s Skate or Tony Hawk’s Pro Skater, then you are probably familiar with the skateboarding motions. Changing directions just like you are skating will bring a whole new experience to first-person shooter games.

Each of the characters introduced in the forthcoming Black Ops 3 will be specialized soldiers. BO3 kisses goodbye to nameless foot soldiers and similar-looking camo for every player. Every player can now choose and customize one special ops soldier out of a possible nine specialist roles. The different specialists have their own Power Weapons and Power Abilities, which will make your choice of specialist crucial in the online multiplayer mode. Announced so far are four experts including the following:

As Ruin, your name is Donnie Walsh, powerful, ruthless, and with the ability to bring chaos and destruction. Equipped with “Gravity Spikes” enabling him to make to create a when he plants his spikes into the ground. With bionic arms for limbs, his quest for supremacy has led to him becoming half-man, half machine. His second ability is called Overdrive which gives ruin speed boosts for short periods of time, ideal for flag capture activities.

The beast with the big guns, Seraph known as Zhen Zhen in friendlier circles is a female villain. She is a paid-up member of the gang 54I, information about which is not yet available ( the game developers are keeping things under wrap ). Seraph will have one of the most powerful guns revealed to date, a strapping one-armed canon, aptly named the Annihilator. 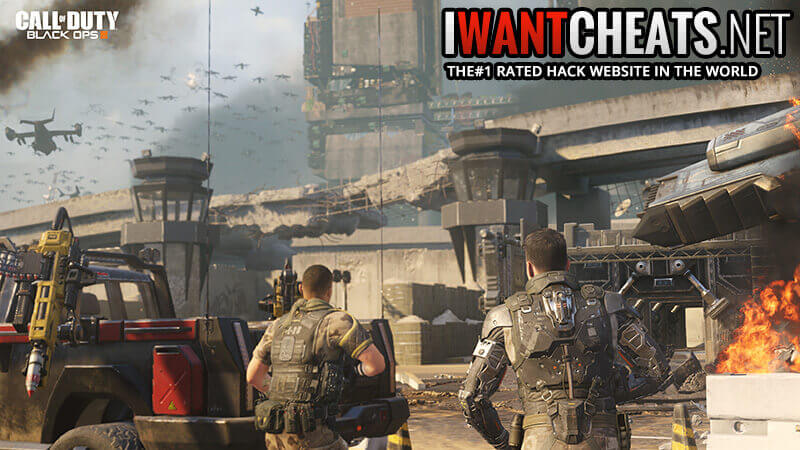 Born and raised in the Favelas Sao Paulo, Alessandro Castillo’s street cred earns her a place in the special forces. Renowned for her scouting abilities, her weapon of choice is the compound bow and explosive-loaded arrows. She can put her arrows on target because of her uncanny ability to sniff out (scan) enemy positions without them getting the wiser.

The least human (if you can call it that) specialist is the Reaper, a fighting robot the result of advanced weaponry R&D halted in development. The one of his kind, he is armed to the teeth and can use his sheer physical size and strength to pound enemies into the ground. His Glitch Ability turns him into a time traveler (only backward though) teleporting into the past.

Just these four announced “specials” already make the game very exciting, and we are still waiting for the other five, which will get published in the coming weeks or months (maybe not). Players will be able to select their bare-bones specialist and then apply upgrades as they earn rewards progressing through the game. By default during each match, your power meter is charged. If you want it to load faster, you will have to make more kills and work in aid of your team, like providing covering fire to a teammate pinned down. You have a decision to make as each game begins, choose between Power Abilities or Power Weapons. Unfortunately, you can’t have both. Knowing the abilities of the other specialists will help you make that decision.

The Black Ops 3 Plot in Brief

Black Ops 3 is more or less picks up from where Black Ops 2 left off. In the forthcoming campaign, the world is now divided into two opposing blocs, which reminds you slightly of the Cold War. The Winslow Accord faces off against the Common Defence Pact in a battle for control of the world’s dwindling natural resources. The devastating effects of climate change have depleted energy reserves, and drinking water has become scarce. Whoever controls these resources controls the world.

The Black Ops 3 Beta gives the player an opportunity to take the game for a test drive and have a taste of the gameplay before its official launch. Although not a full game, because changes and other developments are still in progress, the BO3 beta will show you what to expect at the retail launch.

Access to the Beta will be via pre-order only for all the platforms the game will run on including Playstation 4, Xbox One, and PC. Pre-orders are available via the PlayStation Store, Xbox Live Store or selected retailers for PC. The is a limit to the numbers of beta codes and players looking to have an experience of the game before it ships should act fast.

Beta release dates are not available as yet, but it is expected to be a couple of months before the retail launch in November with many bets being around August.

There has been a reference to a Zombie mode included in the Black Ops 3 gameplay. No one seems to know what this will entail or whether it will get leaked to gauge public response and then take a decision to include it or not. You can see from the leaked screenshot below that it looks like a zombie mode is already running in Black Ops 3. 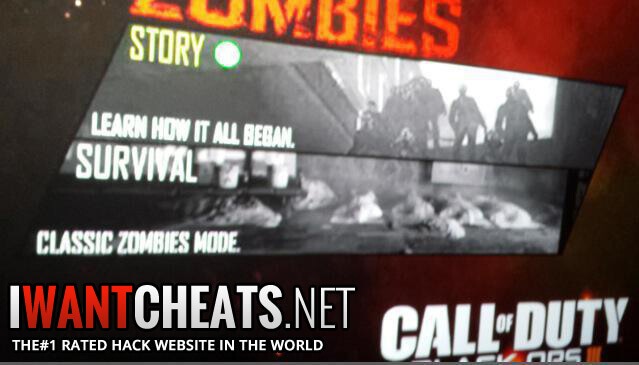 The Zombie Mode is expected to be a standalone game with its storyline, according to Treyarch. Described as “ The most immersive and ambitious Call of Duty Zombies to date” we will wait to get more details when the beta launches or when the game ships. The reveal trailers don’t really tell much about the Zombies, could this be the ace up Call of Duty Black Ops 3’s sleeve?

So knowing what we know what are our thoughts on BO3? Well, a new graphics engine has been touted, and as far as we are aware Treyarch has delivered on that front. This new engine supports modern special effects such as deferred lighting and particles. If this is the case then from a graphics perspective you can expect fireworks when BO3 ships. PC gamers have always been dealt the wrong hand in past installments of first-person shooter titles. Treyarch has promised to make things different this time around, with options covering an entire range of machines, from high-spec machines to lower-end rigs. Call of Duty is the largest game franchise in the world, so we are expecting big things this Christmas season.

When Can I Start Using the Black Ops 3 Hack?

The Call of Duty Black Ops 3 hack is already out for public release. If you want to see what the hack will do check out our Black Ops 3 hack video in action above, the new BO3 hack download has over 40 amazing features.