Do You Need Modern Warfare 3 Cheats?

Our Call of Duty Modern Warfare 3 Cheats has 40+ features including god mode (never die), teleport (friendly and enemy teams), and the ability to freeze players. However, it is now the year 2022 and Activision has just launched the new Modern Warfare 2. With the launch, we have decided to provide some excellent information to help you get hacking in MW2.

NOBODY can kill you in god mode providing for endless hours of taunting other players by jumping around in circles and continuously obstructing the enemy’s movement. Teleport all of the enemies out of the map, fly outside the boundaries of the map, then watch them fall to their death for instant kills!

Also included is “force host” which makes you able to use your cheats almost every round. 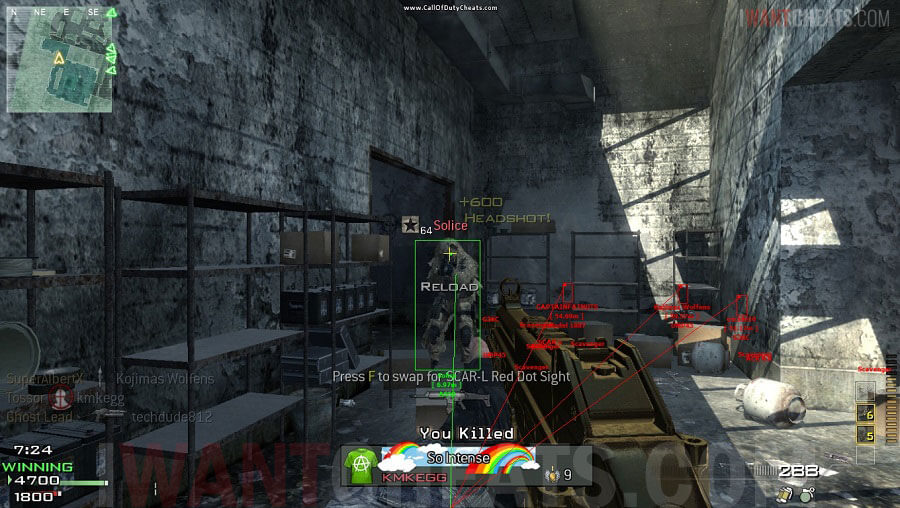 Aimbot
* Autobot lets the bot kill for you
* AimKey hold down to lock on to the enemy
* Visibility Aimbot, only locks on when the player can be hit
* BoneScan, Find a bone to hit when the player hides
* Knifebot, auto knife when in close
* AutoSwitch bot goes to next enemy on auto
* Auto-shoot fires for you
* AutoWall fires when a bullet can go through the wall
* AutoZoom makes the gun zoom when aimed
* AutoProne makes you go prone when being shot at
* Field Of View adjusts the aimbot to see 360
* Human Aim, makes you look like your not cheating
* Aim Speed can be set to slow or fast
* Ping Correction aimbot works better during low ping
* Friendly Aim lets the bot aim at your team

ESP
* Name Tags, Show names of all friendlies and enemies
* Distance Tags, show how far away the enemy is
* Pose, shows what position the enemy is in
* Skeleton shows the skeleton bones on the model
* Smiley Face replaces enemy head with a giant smiley
* Weapon shows you weapons on the ground
* BoundingBox shows large box around the enemy
* Line shows a straight line from you to the enemy
* HeadDot shows a dot on the player’s skull
* Helicopter shows behind clouds, buildings, etc
* Plane shows behind clouds, buildings, etc
* Explosives shows any explosive
* Explosive warning tells you when to run away
* Enemy warning tells you when enemy aims at you
* 2D Radar shows you, enemy, on a radar

Removable
* No Recoil, the gun does not move up when firing
* No Spread, all bullets hit dead center

If you are looking for a Warzone 2 step-by-step process to use hacks, then we have all the necessary information you may need. 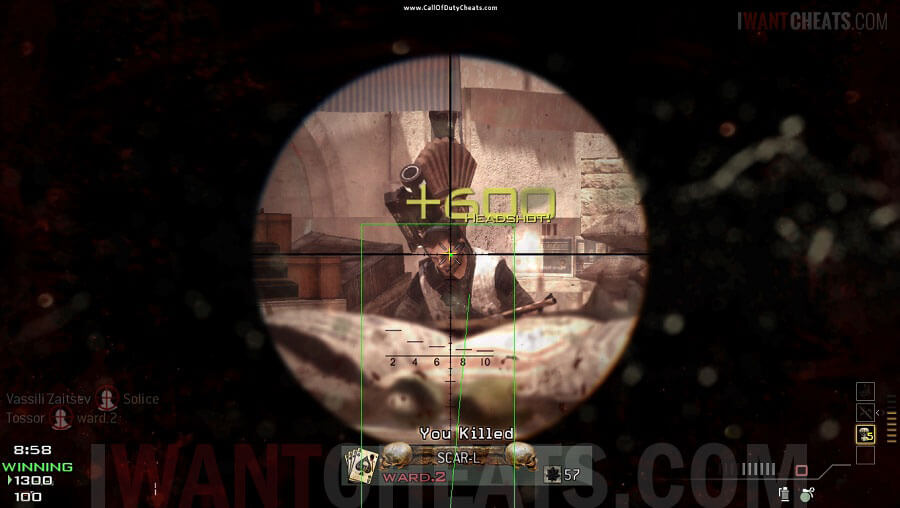 Force other players to float with our low gravity feature while you fly through walls. Never run out of ammo and die trying to reload ever again!

Kill Confirmed game mode is now your playground. The entire campaign with feeling refreshed. Unlock all weapons and upgrades faster and allow yourself the ability to enjoy the game (players new or veterans of the CoD Series will appreciate these features). 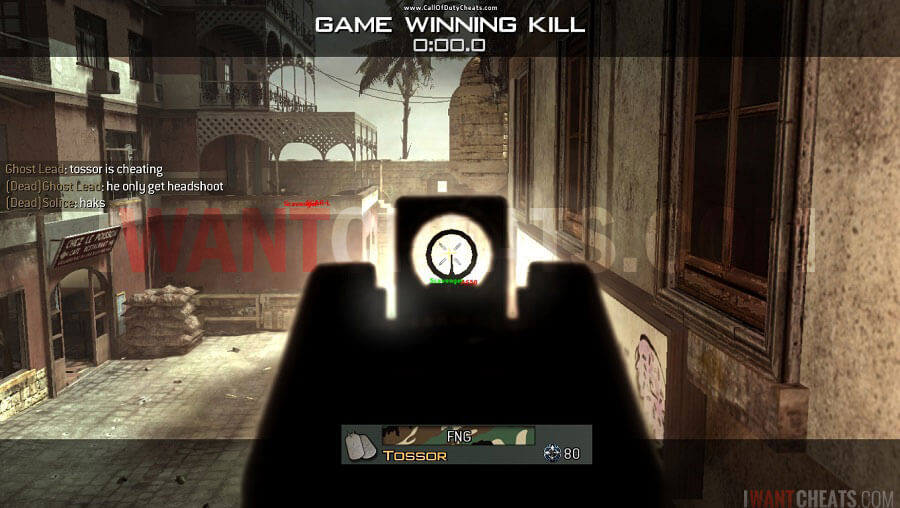 NoClip allows you to NEVER fall while playing in Overwatch again. That’s worth it alone. Speaking of maps, find and kill or instantly become a camper with our Call of Duty Modern Warfare 3 Hack.

A wide range of maps is clearly balanced to meet up to both large-scale competitive play and smaller-scale private matches. The sixteen maps are designed up to your satisfaction to having things like winding corridors that open up into spread-out combat zones to tense treks through busy marketplaces. Each has high and low passageways, multiple entry marks, and places to be completely surrounded by a more skilled team. Learning the maps is easier for players now than it has been previously.

In multiplayer new game modes have been introduced such as Kill confirmed that it does not allow for a kill to count unless the players or a member of the other player’s team collects the dog tags from the player that was killed. Players can also collect their teammate’s tags to stop the enemy’s kill from being counted. Overwatch enhancements are similar to the features in Fortnite hacks. 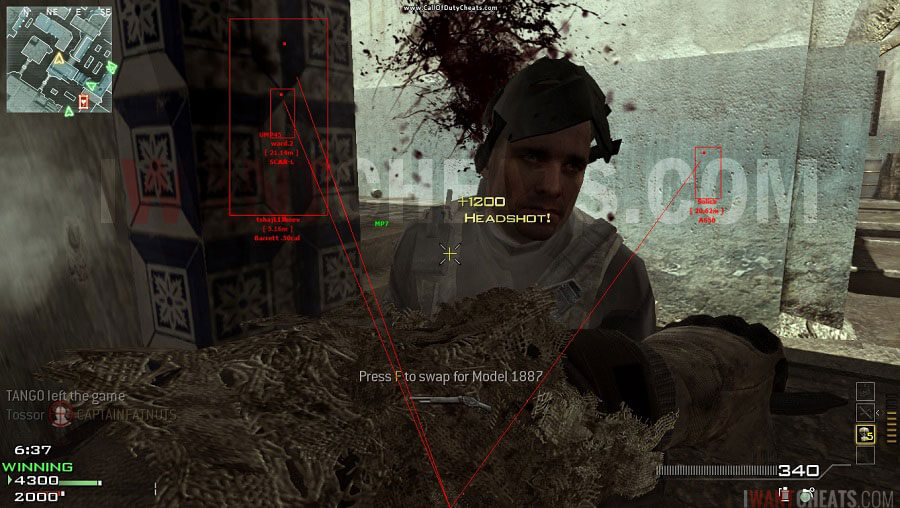 The two new, upgraded game modes: Customization options, and point streaks, and perks, are amazing additions letting you adapt playing styles, with new additions like Assassin making you invisible on the radar, while Stalker makes you go faster while scoping or iron-sighting. Team Defender views on team members capturing the flag while the others protect them, and functions much like VIP mode, but Kill The Private math types are numerous too, and here, is where it gets interesting for many gamers.

Those who enjoyed the Special Ops game mode in Modern Warfare 2, will be excited to learn that this mode has returned in Modern Warfare as Survival. In Survival, players will fight waves of enemies, in teams of 1 to 4, these waves will become more challenging as the game mode progresses. There are 16 new objectives that can be played in co-op, multiplayer, and solo.

Mission mode offers timed missions playable in the availability or coop or solo, either filling in timeline spaces in the campaign or providing a different viewpoint on events. Due to their brief nature, these are interestingly deep, quick arcade adventures that can be challenging, yet satisfying. Added to the game again, is the Spec Ops mode, but this time more advanced, providing more material.

Call of Duty – Elite, allows players to view overall gameplay statistics and social media sharing options, the option to upgrade for a fee opens more options – such as the ability of the player to level up a clan, deep analysis of their playing style, and chances to in-game and tangible win prizes.

The mode editor is what really makes the Private match type exciting! You can customize any of the modes as the base and create pretty much every piece of the setup. Weapons, Damage, HUD appearance, and modifiers, all can be changed, letting for many of completely different game types to be seen.

In the main storyline players once again confront Vladimir Makarov, the Russian Ultranationalist, and the forces of the Russian Federation as they attempt to invade the United States and Europe players will engage with foes in Berlin-New York and other locations around the world.

‘’Acts’’ is a feature where the gamer plays the job of different characters in the single-player mode, changing views throughout the continuance of the story, which is separated into four sets of missions like its predecessors. Each mission in an act contains a variety of tasks that are shown on the heads-up display which sets the direction and distance between the tasks and the player. Shields are added to assist with the regeneration of a player’s health. Mission tasks vary in their requirements, from having the gamer appear at a certain checkpoint, to terminating enemies in a particular location, to standing their ground against opposite opponents’ squadrons, controlling robot mechanoids and other weapons, and finally also planting explosive charges on an enemy installation. Some of these objectives may or may not interfere with the progression of the story and can be unsuccessful. The player is also assisted by other soldiers who cannot be issued orders.

Some notable changes in modern warfare three include the renaming of kill streaks to point streaks – in the new point streaks system players are rewarded when completing objectives in-game and were successful kills. Point streaks have been divided into three different strike packages.

The attack helicopter and predator missile have returned in the assault package and upon the player’s death, any streaks get reset. The support package allows the player to assist the team with reconnaissance perks and is carried over even after the player’s death. To use the specialists’ package players must perform well in-game and perks only last until death.

Creating your very own weapon has gained some attention, too. You are allowed to unlock new attachments, camo, and more to make your weapon the best it can be by continually using them to level them up.

The new feature added the ability for weapons to rank up in these new weapon proficiencies allowing the player to enhance and customize their weapons either aesthetically or for better performance.

Prestige now has 80 levels and each time a player enters prestige mode they can choose one of the following rewards:

Call of duty Modern Warfare 3 is the 8th installment within the Call of Duty series. This highly acclaimed first-person shooter was released on November 8th, 2011, and is available for the PC, Xbox 360, PlayStation 3, and Wii.

Everything in this game has been advanced, upgraded, and renewed in a way to create the best COD gameplay possible, and has been a great success.

Within 24 hours of launch, MW3 sold over 6 million copies in the US and UK alone and grossed 40 million in sales – which made it the largest launch at the time.

Supporting a large variety of play styles, the multiplayer mode is bigger and better than ever!

MWF3 is an example of an improved, yet unique game. The series is recognized, sure, but here familiarity doesn’t express the words for this, just respect and congratulations to those who have dedicated their time to the series. For new gamers, it’s the beginning to a perfect starting experience.

With Modern Warfare 3, Infinity Ward and Sledgehammer have made a game that not only meets up to the series’ expectations but is more than that. This is a game where the expectations for it go beyond to make the game better than ever.