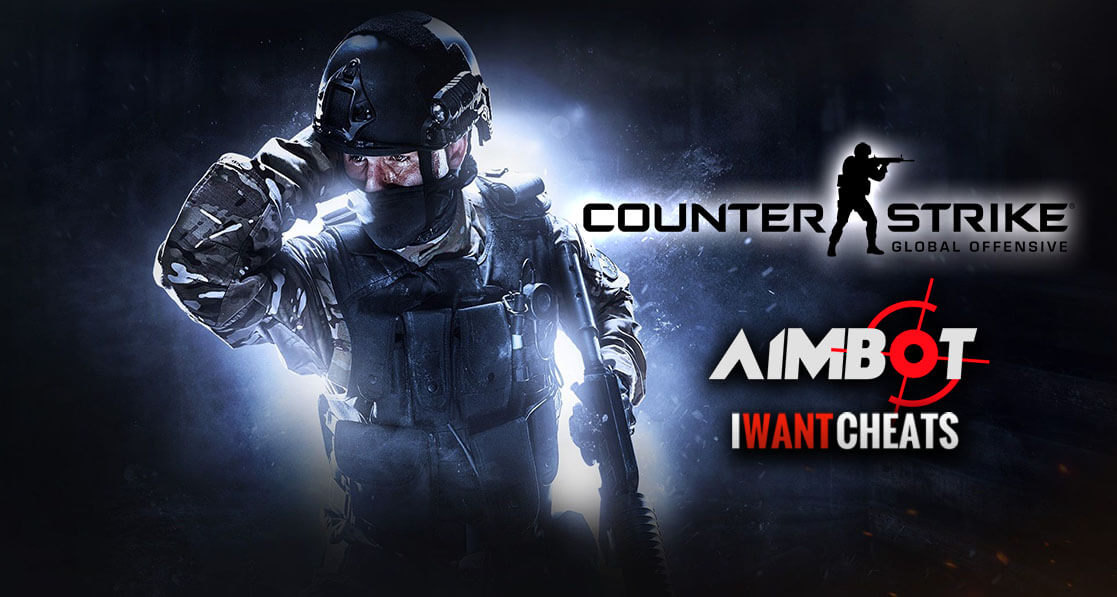 IWantCheats is the only place to find CSGO cheats and hacks! Not only do we have them for all platforms, but our products are undetectable. Our team has been in business for over 10 years with a track record of never getting your account banned. Don’t forget to check out our brand new Vanguard cheats if you enjoy CSGO type gameplay!

Iwantcheats offers you the best CSGO cheat that will work on any platform and will not get detected by anti-cheat systems so that it does not affect gameplay or result in an instant ban from Steam/CS: GO servers

You can use our easy-to-use hacks without any fear of getting reported because we make sure it looks like natural gameplay. Nobody ever suspects anything!

Some people worry about cheating, but our cheat helps you stay safe in every match you play online by making you look legit. Don’t worry about getting banned and grab CS Global Offensive for Free on Steam Now. 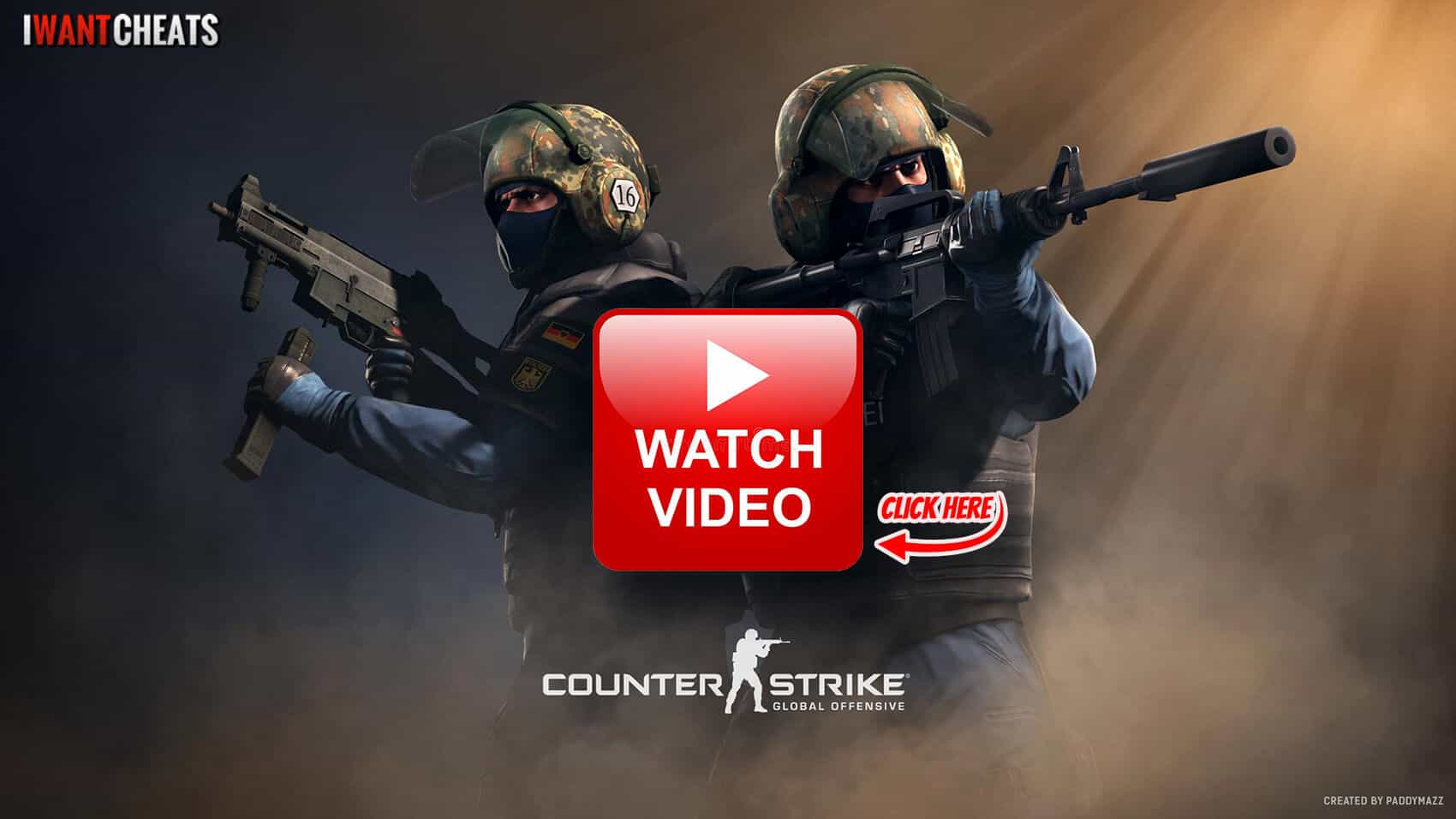 With the latest updates in CSGO, including a couple of new modes and game-changing content changes, it is no surprise that we are constantly updating our cheat to stay up with the curve. We will give you credit for any time your sub expires so you can keep using it without worries!

CSGO Cheats are a dime-a-dozen, but not all hacks/cheats offer the same level of quality. You can’t just go for any old cheater and expect to get what you want – some will put your account at risk. If you really do need CSGO Hacks Free, only use VIP paid versions that have been confirmed safe by multiple other players who’ve used it in the past without getting banned themselves! Don’t forget to check our new Modern Warfare Hacks out.

Now, you can finally go all out with your CSGO hacks! You’ll never get caught and always be able to rage kill everyone as we did in the YouTube video. Set things up so that it looks like a legit player is dominating by hacking their way through every round or head shooting enemies from across the map. 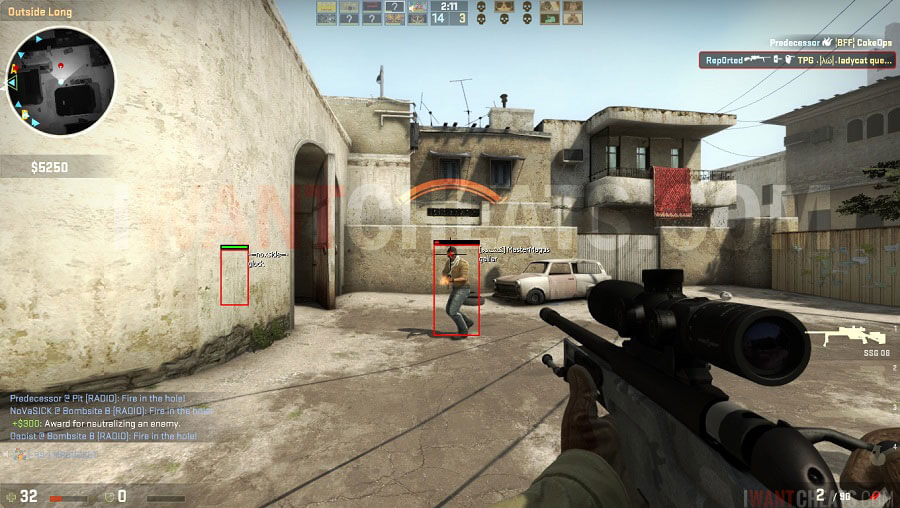 The CSGO Aimbot is the best in the world because it gives you an unfair advantage over your opponents!

When you set up the cheat for the first time you can use any key on the keyboard or your right mouse button.

This is how you become the ultimate CSGO player. With our cheat, all your problems with aiming and timing will be a thing of the past! You’ll never have to worry about taking down an enemy again because we’ve got you covered – just wait until they’re in your sights and let us take care of them for you. Make sure to check our New World Hacks if you enjoy CSGO. 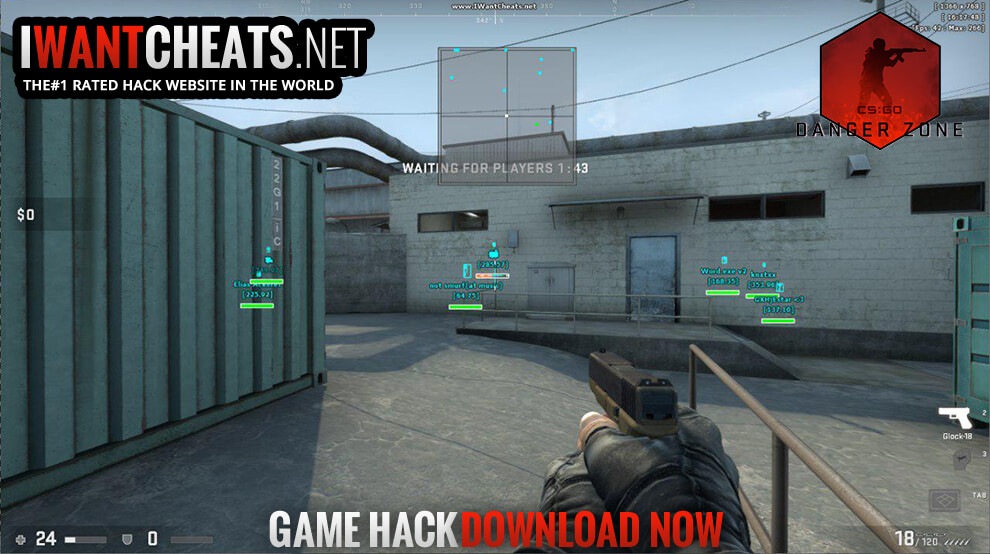 Boxes
Boxes (2D and 3D)
Configurable for Team and/or Enemy

Game Removals
No Recoil so guns don’t move up when fired
No Spread so all bullets hit dead center
Turn off Fog, Smoke, and Flash

Fully Auto Modes
Automatic Firing: Lock onto the enemy and the bot fires for you
Trigger Bot: Move over any enemy with the crosshair and the gun fires.

Bonus Goodies
Overwatch Safe (Code helps you look legit)
Anti Spawn, so you can’t be killed when you spawn
Name Stealer to steal players name
The IWC undetected cheat code to keep you from being banned
CS GO Cheat updates in minutes not days

By playing with CSGO Cheats, it’s possible to run while firing shots and still hit the target! In order for this option to be utilized, you must activate ESP. The perks of using ESP are that one can move at normal speeds without sacrificing accuracy because there is no need to crouch or standstill in order to make a shot; if necessary they may lean around objects during their sprinting movement as well. Our team also just released the brand new Call of Duty Vanguard Aimbot if you enjoy COD!

Imagine the satisfaction you would feel when your enemies’ heads pop like water balloons. The Aimbot is perfect for those who want to quickly and efficiently dispatch their opponent with little effort on your part, as it automatically locks onto enemy targets without needing any user input in-between.

To protect you, even more, we added random bone so the Aimbot will lock onto a different body part with every bullet hit. With this update to our shooter game, not only are players able to shoot their enemies in real-time on any device or platform of choice but they can also use many other weapons including an aimbot that locks onto individual parts and is impossible for your opponents to predict which one!

It’s not enough to just play the game. You have to fight for your reputation in order to be a good player and rank up! What are you going to do if somebody accuses you of being a cheater? Stay on top with our undetected CS GO hack, which will help get rid of any possible suspicion that someone might throw at you before it even happens. 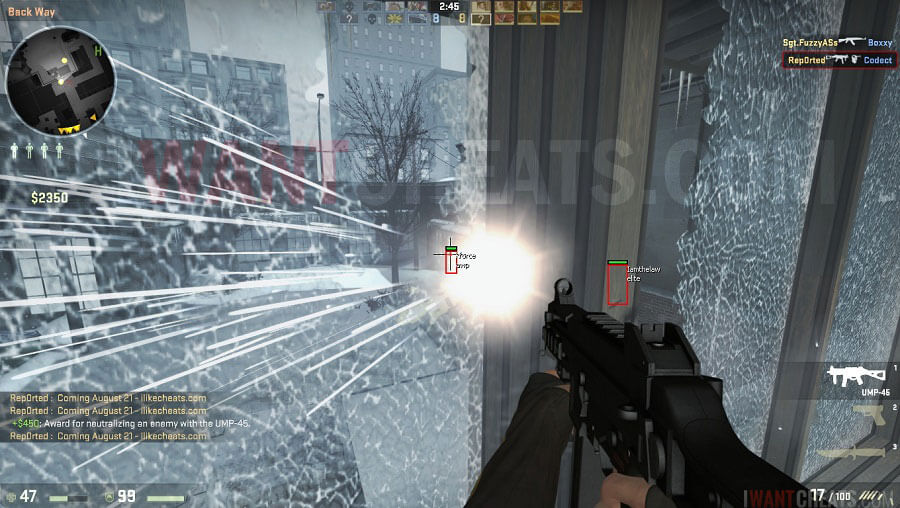 For those who relish the thrill of victory, a CSGO hack that includes ESP will allow you to always know where your opponents are. You’ll be able to see them even if they’re hiding behind walls or in other hidden spots that would otherwise give away their position!

The best part is that this kind of cheat works on all maps so no matter what map you decide to play it won’t make any difference – as long as there’s some place for your opponent(s) to hide and wait until someone walks by before attacking.

Aiming, shooting, and killing other players in a game can be difficult. ESP is the secret weapon for those who want to dominate the battlefield like never before!

You will never have to wait for a new match again with our hacks because you’ll always be the winner.

CS GO has been around for over 14 years, but with the invention of modern-day hacks, there is a need to keep up. IWC was created from this demand and gives you everything you could want in order to ensure victory on CSGO without being banned by Valve’s Anti-Cheat software (VAC).

It’s not just experienced gamers that have been banned from CSGO. It happens to those who think they can get away with using an aimbot by downloading cheats and bots off of shady websites, too!

We offer the best protection for your account so you don’t risk getting a VAC ban – all while retaining full support for hackers like yourself.

Don’t be fooled into thinking there are no consequences; many hardcore players know about our hacks-within-games because we make sure it doesn’t happen again or at least until later in the game when cheating is more difficult to spot than others.

Overwatch Safe So You Won’t Get Banned

The new anti-cheat for CSGO is Overwatch, and our tips in the CSGO Cheat community help keep you safe from getting detected. In fact, we have uncovered some of their latest tricks to bypass it!

If you’re playing on a low difficulty level using your own custom settings then those may be flagged as suspicious, but when playing at a higher than normal skill set with all presets selected – that’s less likely to happen so don’t worry about being caught by an inexperienced opponent 😉

You will not get banned by the game instantly and people like you because our CSGO ESP makes your screen look legit. Our hack is so undetectable that no one can think to ban you from using it, even if they were trying.

If you are tired of getting bans and losing your account, these tips will help. We have the code to make it appear like you’re playing legitimately so that no one can ban-prove on your account! With our Overwatch anti-ban guide, we guarantee a fun time with as much safety from hackers or annoying trolls as possible. 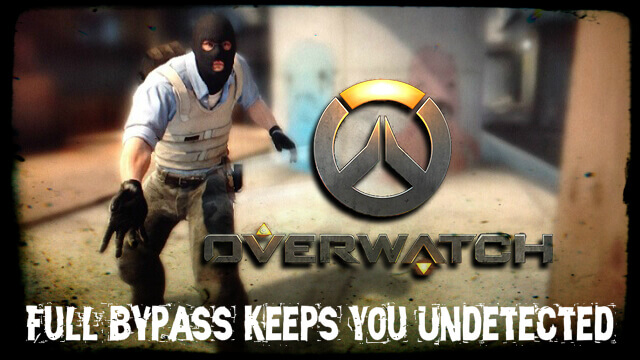 Easy to Use CSGO Cheats

CSGO hacks are available to VIP members only. The menu can be turned on and off inside the game, it’s fully mouse-controlled, and you’ll get instant access as soon as we process your membership application!

Why don’t you join our team of experts and sign up for cheats? You’ll never have to worry about any problems again with the help of a full staff on-site! We also offer the best PUBG hacks in the world.

Our staff team at IWantCheats will help you hack Counter Strike Global Offensive hacks. We guarantee that our service is undetectable by anti-cheat systems, and it doesn’t leave traces behind like traditional hacking tools do. The aim assists we offer combined with wallhack will allow you to always win. We also have the best Outriders Cheats on the market for 2021.

This CS GO Hack can get you addicted to the point where you’ll always keep using a hack no matter what. Developers hate cheating, so be warned! Cheating is very addictive and it’s not uncommon for gamers who use cheats in their games to have trouble playing without them.

Multiplayer games on the PC are filled with CS GO rank hacks and nothing can stand in the way. Valve servers and the prime matchmaking will ban any free cheat but our CSGO hacks allows you to stay safe on any server, ESP Options allow you to track enemies without being detected, VAC cannot detect this software because it is undetectable by its system!

If you enjoy CSGO try using our new HWID Spoofer to keep your PC safe when cheating. Get our CSGO hacks now when you register and become a VIP user. Please check out our Black Ops Cold War hacks we just released.