Are You Looking for Day of Infamy Hacks?

IWantCheats has the first-ever Day of Infamy hacks; we released it the day the game went live on Steam.

The great news is we have over 40 amazing features to help you win every round and have fun playing DOI.

We have an excellent article on MW2 hacks with detailed information on how to use aimbots, ESP and Wallhacks in COD games.

Day of Infamy Aimbot with Bones and VIS Checks

The amazing thing about our Day of Infamy aimbot is you can set it to lock on to the enemy with any key you select.

You can choose the right mouse or any keyboard key to use. Then you just press the key, lock onto the player’s head, neck, or body (whatever you choose in settings) then take them down instantly.

The aimbot comes with VIS checks and bones to allow you to lock on when the enemy players are visible and not hiding behind a wall or object. On another point, using cheats in Warzone 2 can allow you to overcome the tough competition commonly seen.

Does the Day of Infamy Cheat Come with ESP or Wallhack?

We included both ESP and a full wallhack on our Day of Infamy cheat!

This means you can see players on the map at all times as seen in the image below.

You can set the colors of the ESP so the enemy will show yellow or red when they are behind an object and can’t be hit, once they are visible, you can make them change to white or green. If you want to perform well by using Fortnite hacks, then you better start practising now.

We included over 2 million colors for you to choose and make the hack your own. 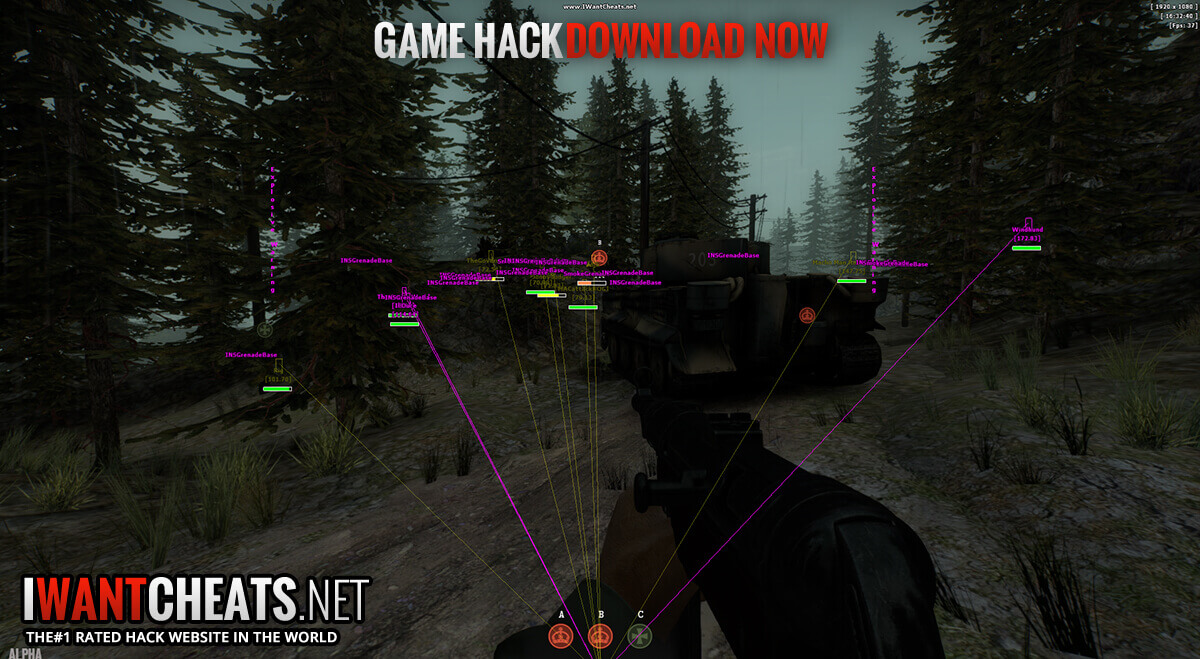 Can I Get Detected Using the Day of Infamy Hack?

Our Day of Infamy hack is the safest option you have if you want to keep your game and not get banned. Our coder has over 14 years working on game cheats and the best knowledge on VAC based games. Our CSGO hack hasn’t been detected in years and was doing the same type of anti-cheat code in the DOI hack setup, so hack knowing we have the most advanced code in the world!

How Do You Get the Day of Infamy Hack Now?

You can register on our forum and sign up for VIP in less than 5 minutes. Once you become a VIP member you can instantly download and use the Day of Infamy Hack, so let’s get started.

That’s it, follow those steps, and your all set. ENJOY THE HACK. =) 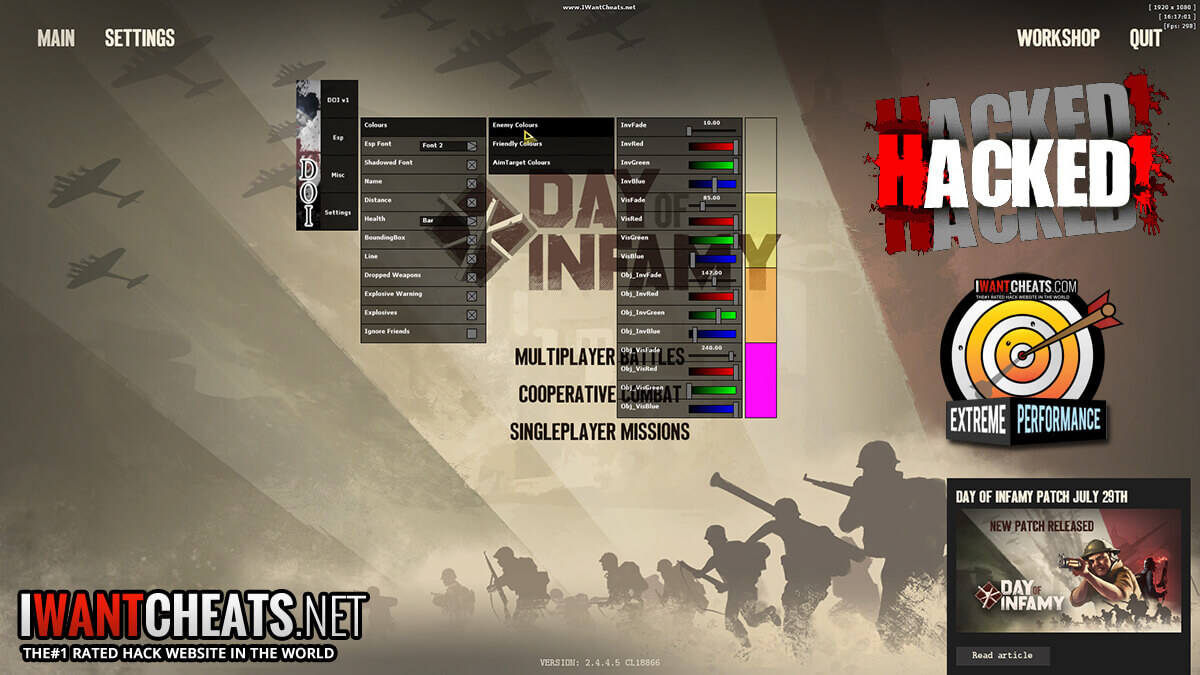 Day of Infamy thrills Fans through a Standalone Steam Release

Developed by the creators of Insurgency, Day of Infamy is based on WWII settings. Available in Steam Early Access, the game bears a lot of resemblance to Insurgency with the same game mechanics. The Early Access release contains three game modes: Frontline, Offensive, and Liberation along with three factions such as U.S. Army, German Wehrmacht, and the British Commonwealth. The game relies heavily on teamwork and aims to evolve the original Day of Defeat mod released way back in the year 2001.

Day of Infamy is a hardcore multiplayer First Person Shooter which may remind you of games like Arma III with a slightly more focus on multiplayer shooters. It emphasizes the movement and careful coordination of your raw fighting skills. It will take you out into the snowy woods of Bastogne, Belgium to shoot at the Germans. However, be quick, as the German soldiers are equipped with STG-44 to send your squad to hell in no time. 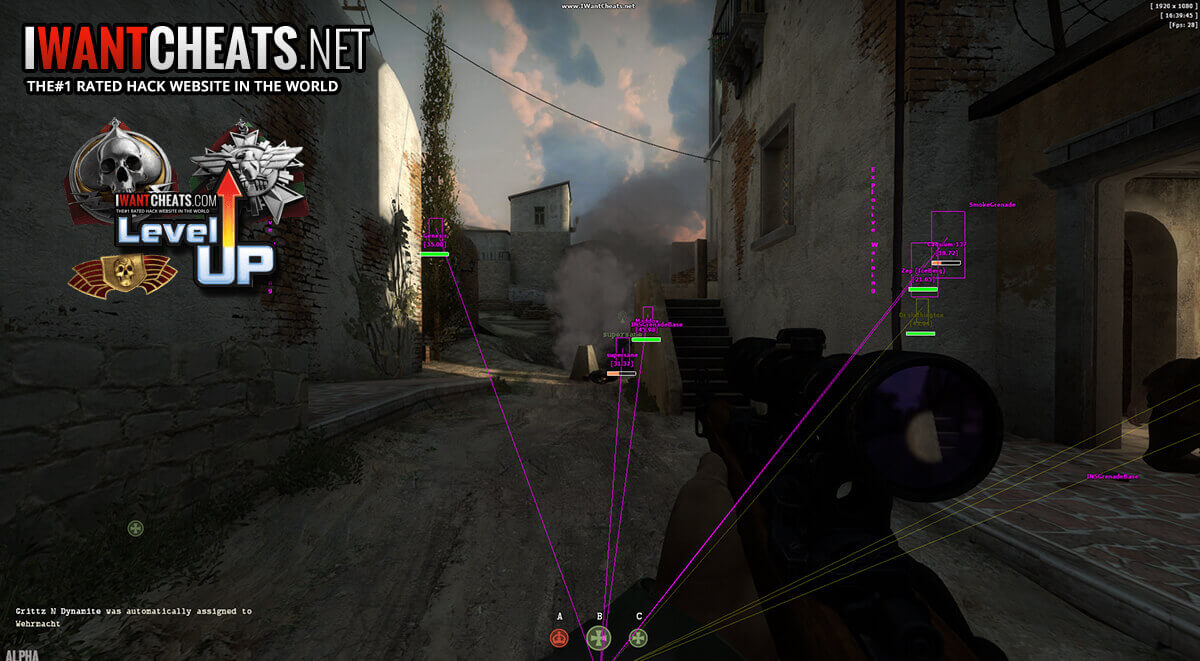 Day of Infamy builds an excellent multiplayer shooter foundation with slow-paced combats valuing teamwork and coordination. Even though the game adds its elements and maps, most of the missions and the maps resemble the ones present in Insurgency. For instance, in Bastogne, you will experience fighting for a neutral point of control. You need to prevent the enemy from capturing it else they push in a territory to obtain the second point to claim victory. As a team, your objective is to defend your point while also pushing to retake the neutral ones to achieve victory over your enemy.

Similar to Insurgency, the dead players on each side can respawn after a particular period and become a part of the battle. Day of Infamy boasts an excellent design to provide for tense moments of action such as being the last man on a team to complete a milestone to respawn the entire team. 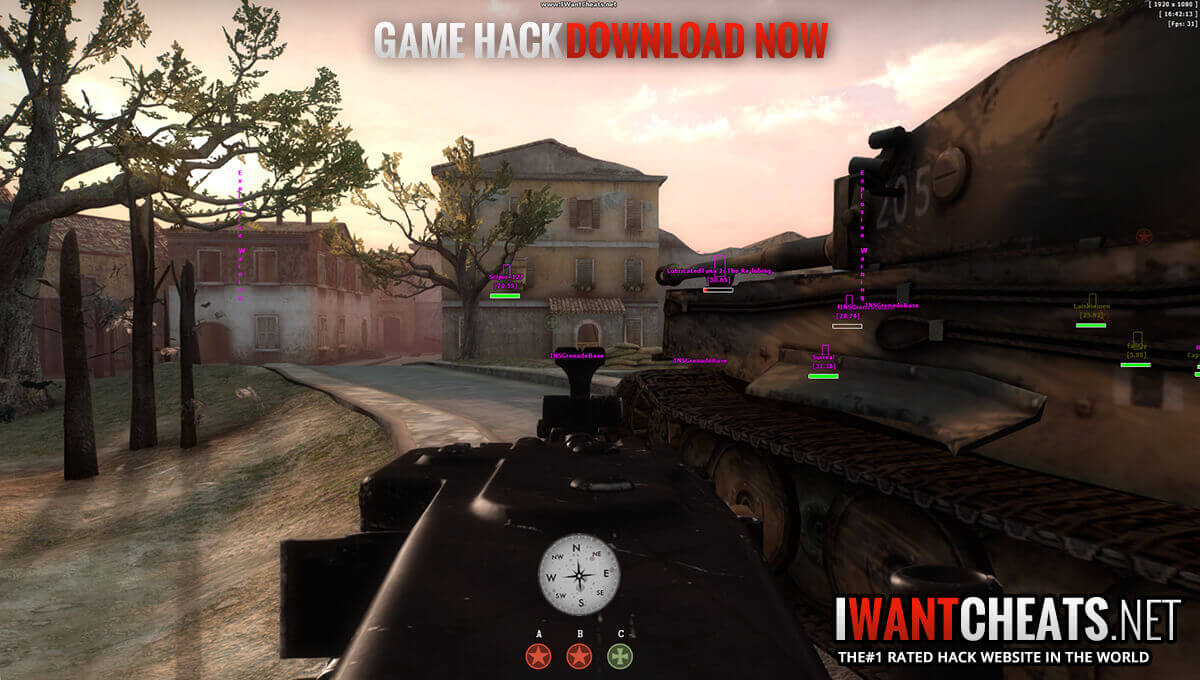 With so many elements borrowed from the parent game, the game is not a complete reskin of Insurgency. It has introduced its mechanics making it a distinctive shooter in its way. One of the most noticeable features of new players will be the continuous flow of mortar strikes wiping anyone caught beneath them. You can also play as the Officer in a squad and choose to decline some equipment in favor of a radio to call in a strike with help from a fellow soldier.

Day of Infamy also has a fantastic communication system, which allows the enemies to overhear you when speaking in the local language if they are close enough. You can also hear them retreating and screaming on the piercing whistle of mortars overhead.

In addition to mortars, Flamethrowers are also among the exciting additions to the game that prove destructive on the battlefield. If you manage to fire a high enough caliber into a fuel pack, it may explode into flames. The lower caliber rounds are capable of creating enormous damage. For example, fuel leakage counters flamethrower attacks. However, for that, you will need to take an accurate shot, or you end up being burned by the flamethrowers.

Strategic Gameplay
Day of Infamy is packed with intense mechanics and a simplified HUV to provide for a highly engaging combat experience. The wave reinforcement system with different objectives focuses on teamwork and coordination to move forward in the game. 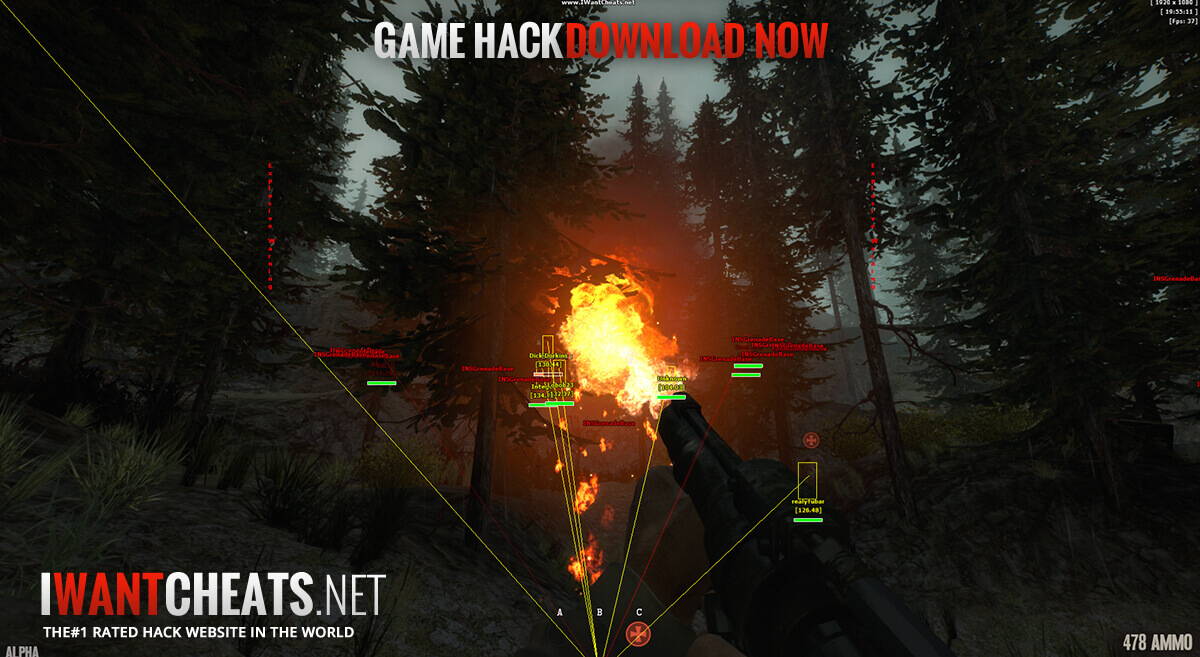 Day of Infamy promises to give you one of the most engaging combat experiences of gaming history. As it is based on WWII, it takes you through multiple locations such as Sicily shores, Streets of Italy, Forests in Belgium, Germany, and the beaches of Normandy.

Historic Armies
The game contains historical forces such as the British Commonwealth and the U.S. military clash against the famous German Wehrmacht.

Weaponry
Day of Infamy like all the other FPS, allows you to personalize and upgrade your arsenal. Based on your team’s supply, you can change your weight, stamina, appearance, and moving speed. The game also provides a full-range arsenal such as pistols, bolt-action rifles, submachine guns, revolvers, grenades, flamethrowers, and heavy machine guns. You can extend the weapon magazine, fix the bayonets, or only switch the iron sights through the customization feature.

Teamwork
The game is all about coordinating with your team. As an officer, you can lead your soldiers on the battlefield. You also have the option to call in fire support through a nearby radio operator. The Fire support options contain a smokescreen and an artillery barrage. The game uses a local voice for communication with your teammates. As mentioned above, you need to be careful when talking to your teammates, as the enemy can hear you if you are too close. Radio operators help to serve as a communication beacon to the nearby soldiers. 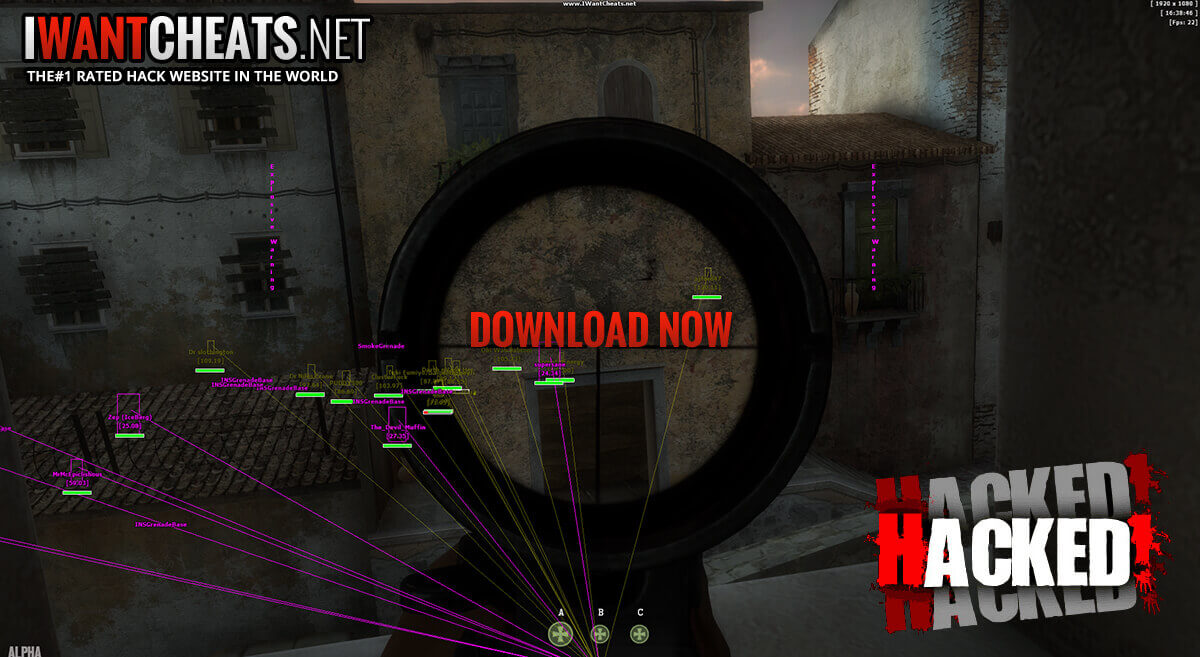 Multiplayer Game Modes
The game is designed for up to 32 players engaged in infantry combat, fighting over regional and destructive objectives while increasing the reinforcements.

Frontline
The Frontline mode is about pushing through the map to complete specific objectives for both teams. The team meeting all the goals win in the frontline mode. However, if the time runs out, the team with major control of the battlefield wins the game mode.

Liberation
Your team needs to capture the entire regional objectives to free an area in the liberation mode. Capturing points helps in gaining reinforcement waves for your team. You would also gain a lot of waves by securing the points behind the enemy lines.

Offensive
The attacking team needs to capture one point at a time to push through the enemy in the offensive mode. On securing the objectives, the attacking team and the additional waves are sent to extend the battle.

Cooperative
A team having eight players fights against the computer in either attack or defense mode under the cooperative model. 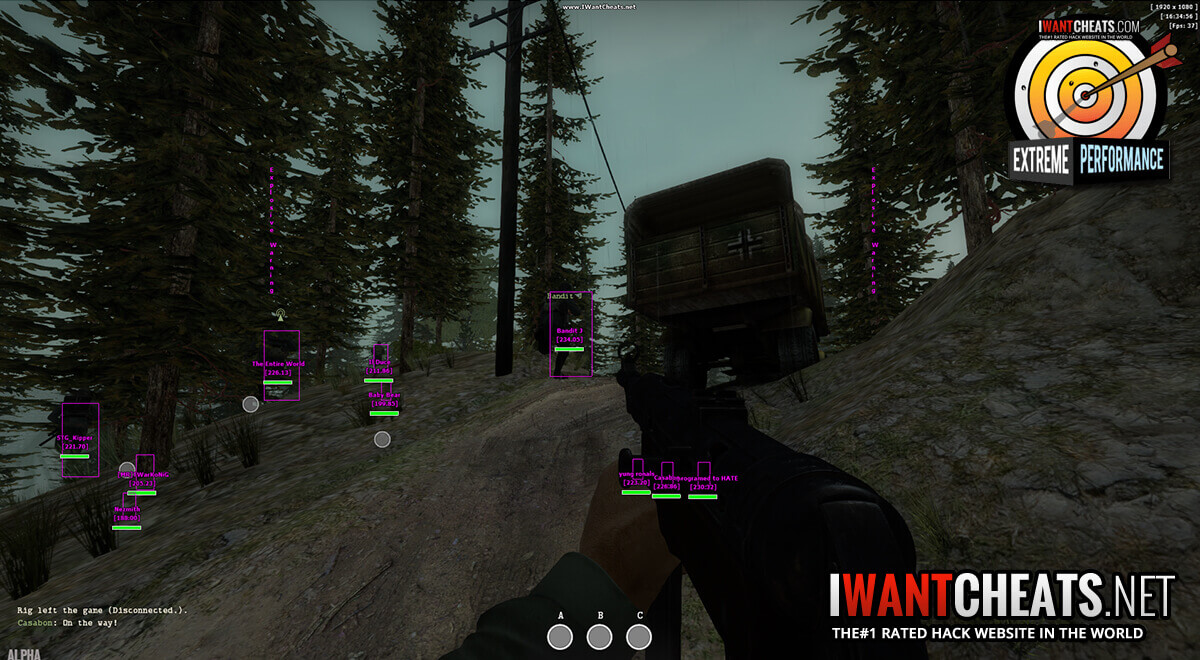 Stronghold
In the stronghold mode, you need to move through the territory captured by the enemy to secure the area. The team would strengthen on completing an objective each time.

Patrol
As the name suggests, the patrol is all about securing the surrounding area. You need to be careful though as it does not contain reinforcement waves. After reaching a waypoint, you can either eliminate the discovered enemy forces in the region or return to the base.

Entrenchment
You need to protect the line by all means in this mode. Regroup and restrategize to strengthen your squad.
Community Features

Mod Support
You can build new mods for the game that can contain weapons, factions, and other elements. You can also expect to see the custom modes, player skins, maps, and several other contributions from the talented community with the workshop support. The developers have given this option to players and fans of the game to see the attractive options they can come up with for making the Day of Infamy more intriguing! 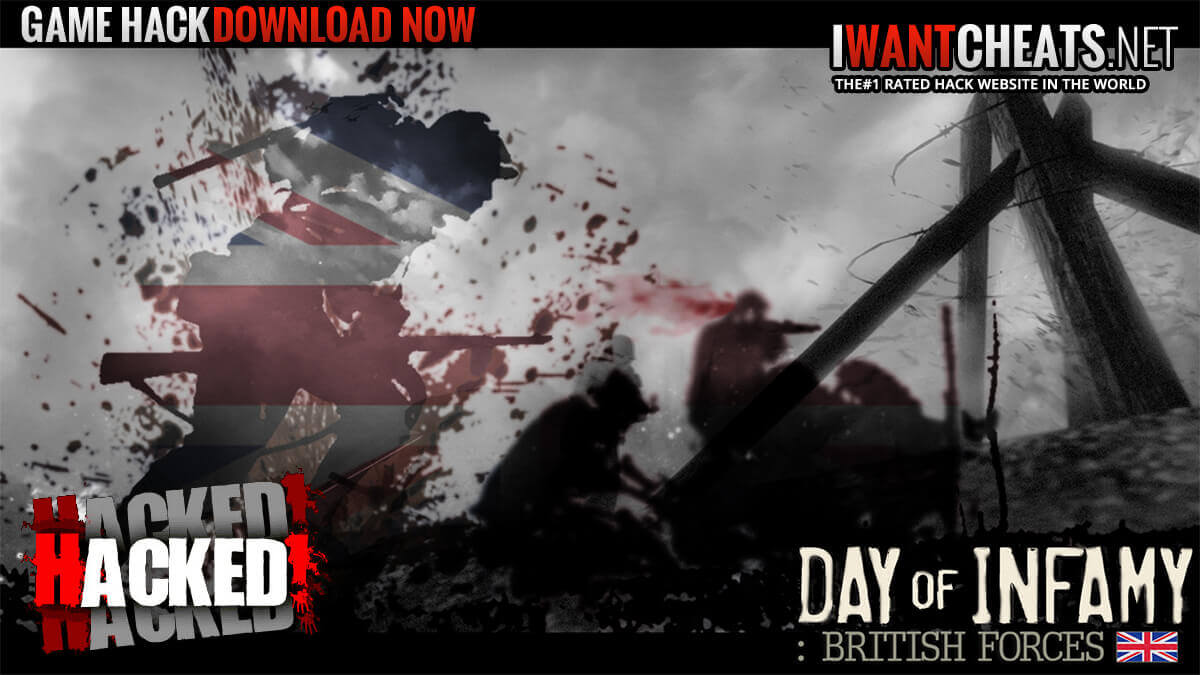 Achievements
Like other games, it consists of multiple results for you to feel acknowledged while progressing through it. You will be bestowed with some results on completing certain objectives while learning different game mechanics.

Conclusion
Day of Infamy is a straightforward standalone release by Insurgency developers. Teamwork and communication are the two big highlights of the game, and from what I have played, it promises exciting multiplayer combat. The new game maps, modes, weapons, and teamwork, everything, are capable of breathing fresh air into the otherwise-dry and worn-out World War 2 storyline.