Yes, we released the first-ever Dying Light Cheats a few days after the game went public. The cheats help you see all zombies, all players in multiplayer, and everything else hiding behind objects. The coder will also be releasing a new Aimbot soon to help you take out zombies with lightning-fast speed.

I also searched the internet and posted the best free cheats I could find as well as cracks for a single player to help you have more fun playing the game, so let’s get started. As important, these high-quality MW2 cheats have been built from the ground up with advanced software developments.

By the way, if you don’t have Dying Light yet please watch the trailer below and see what you’re missing. Dying Light is by far the best game I’ve seen released this year, and if you love zombie games you simply can’t miss this one. Now check out the video!

I just told everyone a few weeks ago that I thought H1Z1 was the best new zombie game released, I was wrong. If you want high-resolution graphics, massive gore, and zombies galore, you need to download Dying Light right now. You also get massively fun weapons to use and with the trainer below you can unlock them all instantly. Check out the weapon below, would you rather shock someone with the hatchet or burn them alive?

So What Do the Dying Light Hacks & Trainers Do?

Currently, the hack we have released will only work on the PC version of the game. However, we are working on versions for the console (Xbox One, PS4, etc.) and plan to release those soon. Until then you can use the links below for the best Dying Light console cheats.

The Dying Light PC Hack you can download once you register on our forum has around 40 amazing features, and this single-player hack is free to everyone. You can also get hold of amazing PUBG hack features for the new version of PlayerUnknown.

Here is a list of every Dying Light Trainer feature and what they do.

If the trainer gets patched by a new release, we will have another build-out ASAP for everyone to download.

The nice thing is most Dying Light cheats or trainers end up having all kinds of nasty things that set off your anti-virus. When you download our trainer, you get no issues, no surveys, no advertisements, no viruses, no bad things.

Unlock or View All Items: Go into shops and get anything you want
Infinite Health: You won’t ever have to worry about getting killed
Infinite Stamina: Run forever and as fast as you want
Infinite Weapon Durability: Makes the weapons durable
Infinite Medikit: Not sure why due to infinite health LOL
Infinite Cash: Just buy whatever you want when you want
Infinite Survivor, Agility, and Power EXP
One-Hit Kill: Kill everything with one hit from any weapon
Teleport: This allows you to teleport all over
Save Location: Save the last place you teleported
Infinite Throwable: Throw grenades, and explosives, forever
Slowdown Enemies: Make everyone run slow
Freeze Enemies: Make all enemies frozen
Undetectable by Special Zombies: They act like your friend
Grappling Hook No Cool Down: Use it over and again
No Reload: Just fire like the madman you want to be
Super Accuracy: Everything hits dead on center
SuperSpeed: Run like someone on speed
Super Jump: You can jump anywhere in the level
Waypoint: Teleport to the next waypoint on the map

You will then get access to a secret Dying Light forum where you can download the cheat, and it’s FREE.

If you are looking for a provider of Warzone 2 hacks then you have come to the right place.

We are currently working on a new ESP cheat you can use in multiplayer games. We should have it released shortly.

What happens is you run the game and then the cheat that injects into the game. Once you get on the game server, every player is marked with a glowing box so you can see them at all times.

All your team members have a green box to mark them as friends, and the zombie (enemy) has a red glowing bounding box. This way you can always see everyone and never get surprised.

We are also working on a new Aimbot for PC games that allows you to lock onto other players and stay locked onto them so you can kill them faster.

Be The Zombie in Dying Light 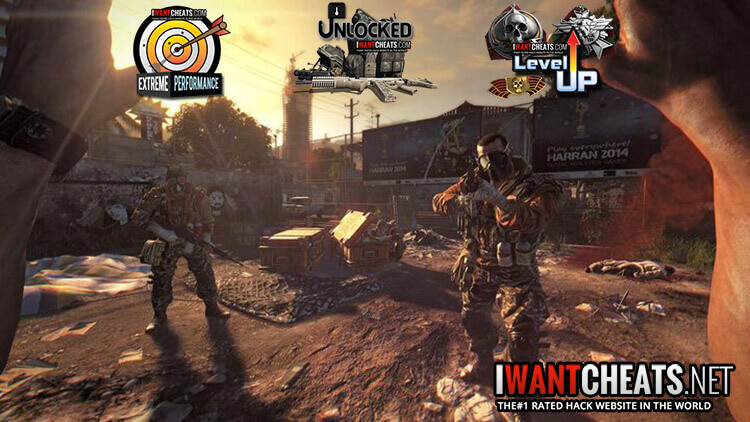 Does any other video game allow you to be a zombie? Well to be honest I’m not sure but that’s the first thing I played when I had the game downloaded and started it up. In Dying Light, they call all the zombies “Night Hunters” for added creepiness.

When you’re the zombie, you start on the server, and all the colors looked grey and washed out. They give you a small tutorial before you go to matchmaking and invade other multiplayer games.

Once you start moving around try the fire button on your mouse and the zombie lashes out with his hands. If you press the right mouse button, some huge tentacle comes out and attaches to whatever you look at and makes you move super fast to that location.

During the round, if you press the middle mouse button (MMB) you can see other players or humans for a short period. Watch closely, and it looks like a short pulse or wave is sent out from the zombie across the map to spot any humans, it’s pretty Kewl.

The best part is the pounce attack, or when you press Q, this makes the zombie grab the human and wrap his tentacles around them. Once you grab, the human the zombie does a huge air-to-ground attack and blows their body up with all his weight. Talk about gross and exciting at the same time, you have all that in Dying Light, LOL.

Why Should You Use Dying Light Cheats and Hacks?

First of all, it’s really hard and scary as hell to play Dying Light without cheats. Plus, who wants to keep repeating the same level again? When you use our Dying Light hacks you can get through each level with ease and have more fun with the game. Similarly, you can level up in Fortnite with Aimbots as a hack feature.