We released a fully functioning For Honor hack for both the beta and full game. Our team will be working on Melee attack and defense assistance as well as a full round of ESP enhancements to help you win every battle! Download For Honor by clicking here.

Our new Auto Block feature has been released to VIP users in the new update we just released, you can download it now on the forum. You also get access to the amazing Guard Break Interrupt feature that works with our bot to allow you to win every single battle.We also recommend having a look at our new article to see the advantages of using hacks in MW2. NEW: To this date (currently July) we have NEVER had one For Honor Detection!

Can I Get Banned Using the For Honor Cheats?

IWantCheats is the premier provider of video game cheats around the world. Our coding team has the best anti-cheat technology and triple-layer security to help keep you safe during gameplay. You can use the For Honor Cheats without having anxiety about getting banned. Play safe with our new HWID Spoofer.

As you can see from the video below we already have the first-ever For Honor Hack for the full game! In the video, you will see our Counter Guard Break & Auto Block working, at the end of the video we show that we don’t have hands on the keyboard or mouse! The For Honor scripts we have and the full bot has been released to all VIP members and is still undetected!

Will For Honor Have an Aimbot or Wallhack?

If you watch the video for the game, you’ll notice the real players are already marked at all times in the match. While an aimbot is fun, it wouldn’t work the same way in For Honor as it does in other games that fire bullets.

Our team is working on a new For Honor gameplay bot to allow you an advantage over other players in every battle. Our team also plans to mark the other warriors with ESP so you can locate every enemy player. The ESP & Wallhack is very similar to the features offered within Warzone 2 cheat products. Join the battle and download now when you become a new VIP member. 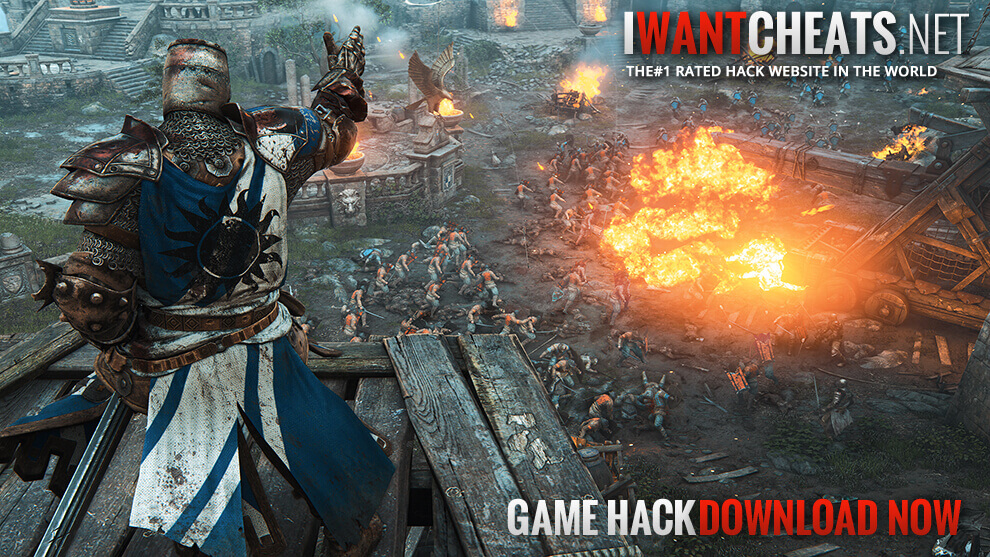 What are the For Honor Hack Features?

Here’s a good look at what we’re doing right now with the For Honor Beta. 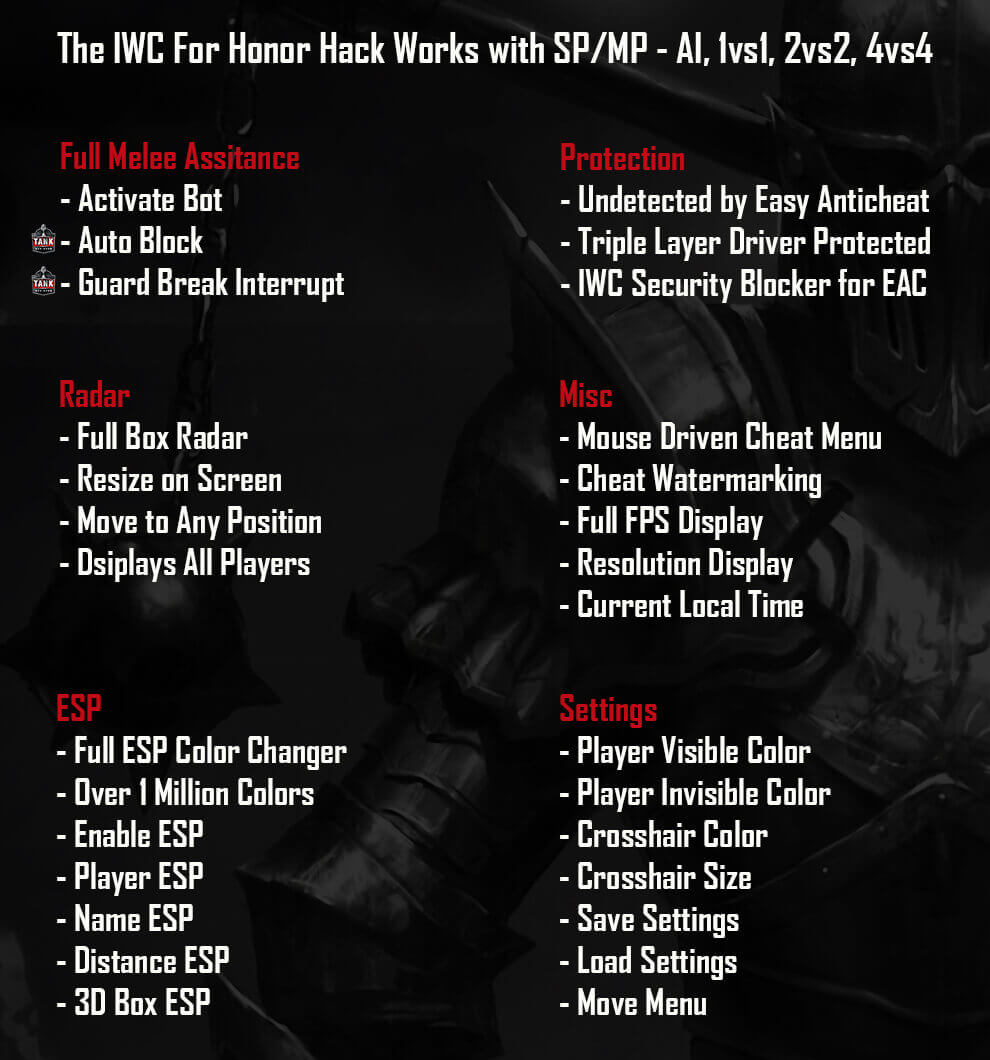 For Honor – It’s A Matter Of Pride
After an explosive introduction to the game at E3 2015, Ubisoft made sure that For Honor would remain one of the most amusing games in times to come. For Honor’s closed beta ended on the eve of February. However, Ubisoft has released an Open Beta for PC, PS4, and Xbox One.

Ok so, Confession time: Have you wondered how a fight between the greatest warriors in history would be? For most enthusiastic gamers, this has been a dream scenario, and Ubisoft just fulfilled that dream!

For Honor basically, lets players choose fighters from three factions. The gameplay revolves around the idea of which faction’s warriors rise above others and claim the sweet victory!

Gameplay Details
Players get to choose among Knights, Vikings, and Samurais. These factions, termed Legions are named The Conquerors, Lawbringers, Peacekeepers, and Wardens and you select them before the game.

Once you’ve chosen amid becoming a noble knight, a hardcore Viking or a smart Samurai, you get some basic archetypes. You can pick from a somewhat offense-defense balance, the sluggish yet lethal Heavy, the thoroughly offensive Assassin or the always-changing Hybrid. 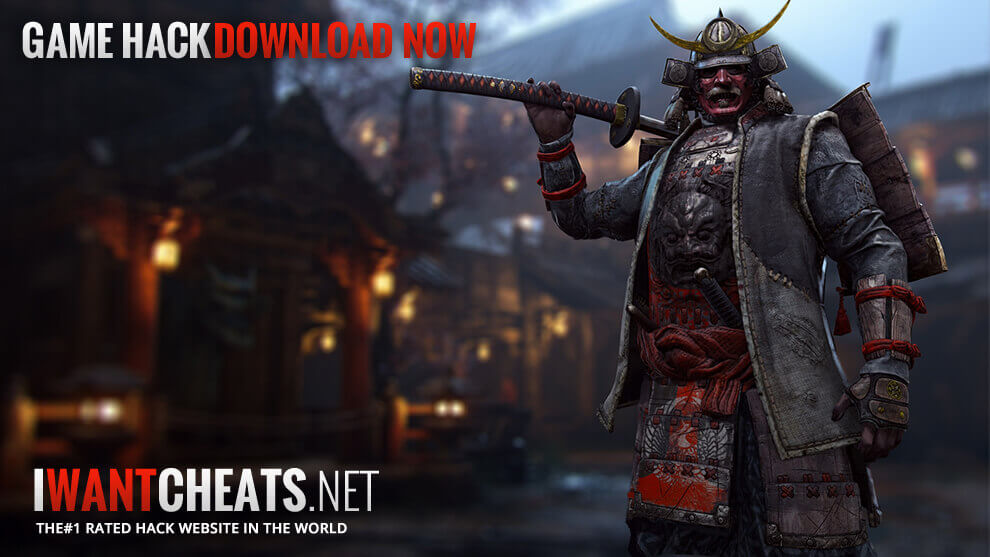 The game lets you play single or go multiplayer:

Multiplayer Mode
Looking back its debut at the E3, For Honor was playable in its iconic 4v4 Dominion mode, which is basically like the Call Of Duty’s Domination game mode in most gamers’ opinion, but anyhow.
Currently, For Honor has five multiplayer modes, which include:

For those of you who don’t know about COD’s Domination mode, the essence is that three objective points will be laid out throughout the map. Since Dominion features a 4v4 gameplay, eight players will be battling it out to take control of all points. After a few days of gameplay (during the closed beta), every gamer (almost) unanimously agree that Dominion is For Honor’s flagship multiplayer mode.

Considering the technicalities involved in the map, this wasn’t a difficult decision.

One more 4v4 game mode is Skirmish, which shows four players trying to kill the rival team’s four players. The catch, however, is that this mode is based on points, just like COD’s team Deathmatch.

Coming to smaller numbers, Brawl features two teams with two players each battling it out for power over the other. A team wins when it successfully eliminates both opponents. 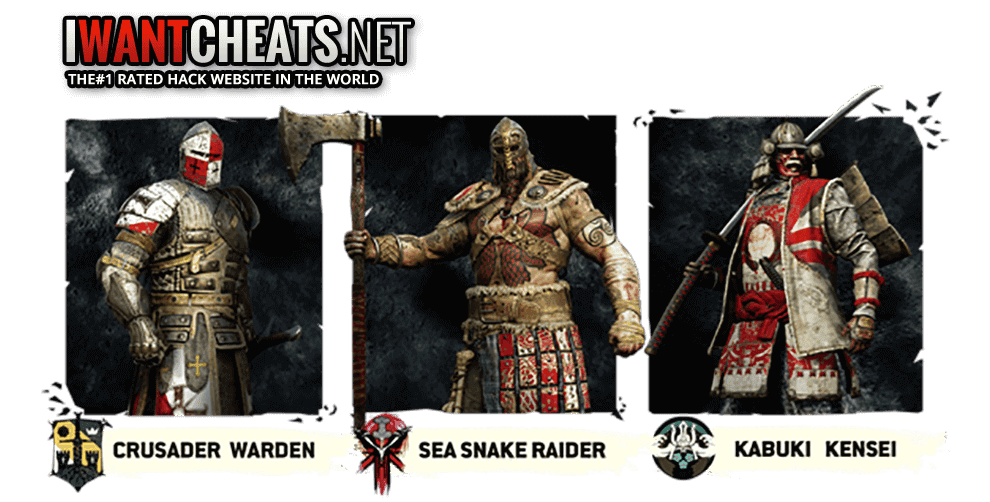 The classic 1v1. The Duel game mode witnesses two players attempting to reign supreme over the other. No running, no hiding, just intense fighting until death!

Oh, and in multiplayer modes, you may form teams using warriors from all three factions! So, let’s see how the team of Samurais and Vikings fare against the squad of Knights!

Story Campaign Mode
E3 is way behind us now, and Ubisoft has come up with other incredibly amusing modes over the past few years. Talking about the fun story campaign mode, which you can play individually or Co-op with a fellow warrior, you can observe some historical happenings incorporated beautifully throughout the campaign, which add some context to the game.

The campaign modes follow each faction dislocated in space, and time after a massive catastrophe occurs on Earth. A magnificent series of quarrels follow the future meetup of all the melee combat-loving warriors. According to Apollyon, the narrator and worst of all the characters trigger “A Millennium Of Conflict.”

Apollyon and her force, the Blackstone Legion Army, act as the evil non-player rival to all three factions. The primary objective of Apollyon is to ensure an eternal conflict between the other factions. She feels the three factions have started losing strength, and then manipulates them into a lifelong series of disputes.

Throughout the campaign, you’ll play as a warrior from ALL THREE factions. The campaign links to the multiplayer modes excellently. So, completing the campaign before starting multiplayer is highly recommended. 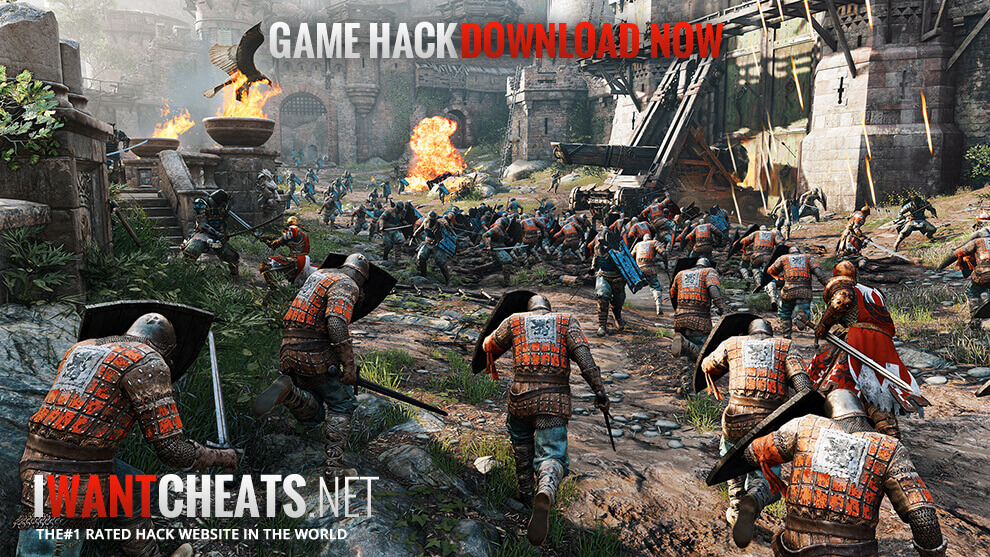 Gameplay Quality
For Honor’s gameplay boasts smoothness, thanks to the Art Of Battle system. Mimicking usual close melee combat gameplay, the direction of each sword swing is imperative. Oh, and let’s not forget the crisp graphics, which make each animated character seem like a glimpse of the past.

You have the choice of three stances when engaging an opponent in a duel (a 1v1). However, once you’re in a stance, the option of changing direction goes out the window. Now comes the real slashing, swinging fun, as each warrior gets face to face and tries to beat the opposing fighter.

The Very Real Chances Of Making A Comeback
Oh, and how can we forget, the opportunity to make a comeback during the game is reasonably possible. In Dominion, once a team reaches 1,000 points (racked up by holding the objective points for a period), the opposing team’s morale breaks down. Consequently, respawns are disabled. Thereby, when their players die, the game’s over. 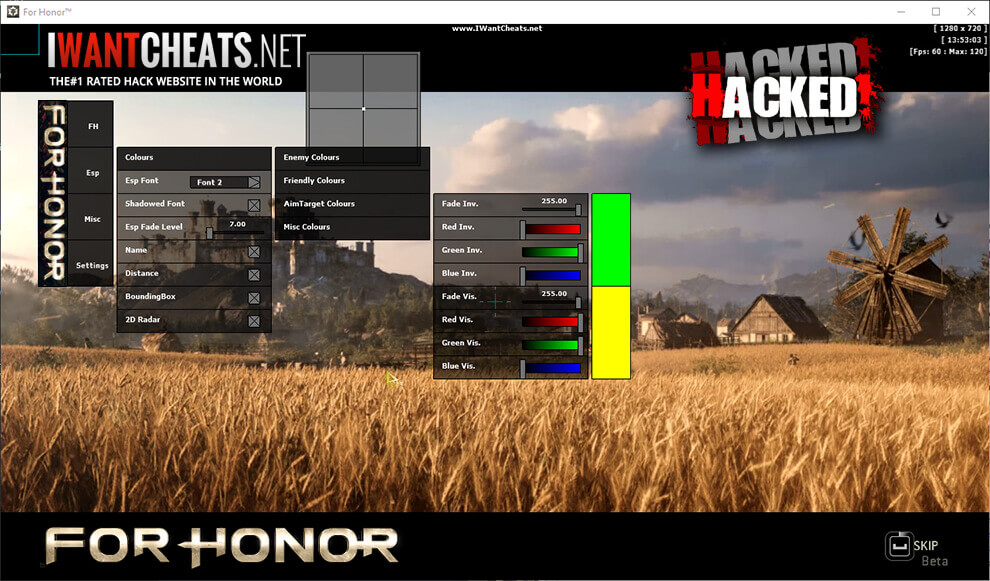 However, if the opposing team manages to capture another objective during this period, the match goes into overtime and respawns are enabled again. Then it’s just one last battle for sheer supremacy over the other.

The Revenge Meter
To prevent (somewhat) bad play, there’s a Revenge meter, which gets replenished as you block attacks from more than one opponent. Once the revenge meter reaches its peak, you get the ability to activate a powered-up mode. In this, you can knock enemies to the ground, and temporarily your attacks get more lethal. Furthermore, you can see if an opponent (to whom you’re not locked on to) tries to attack you, thanks to the red line pointing to the direction of the incoming attack.

The Warriors And Their Powers
The four archetypes of the Knights faction are Warden, Conqueror, Peacekeeper, and Lawbringer, for the Samurai faction they are Kensei, Shugoki, Orochi and Nobushi, whereas for Vikings they are Raider, Warlord, Berserker, and Valkyrie. 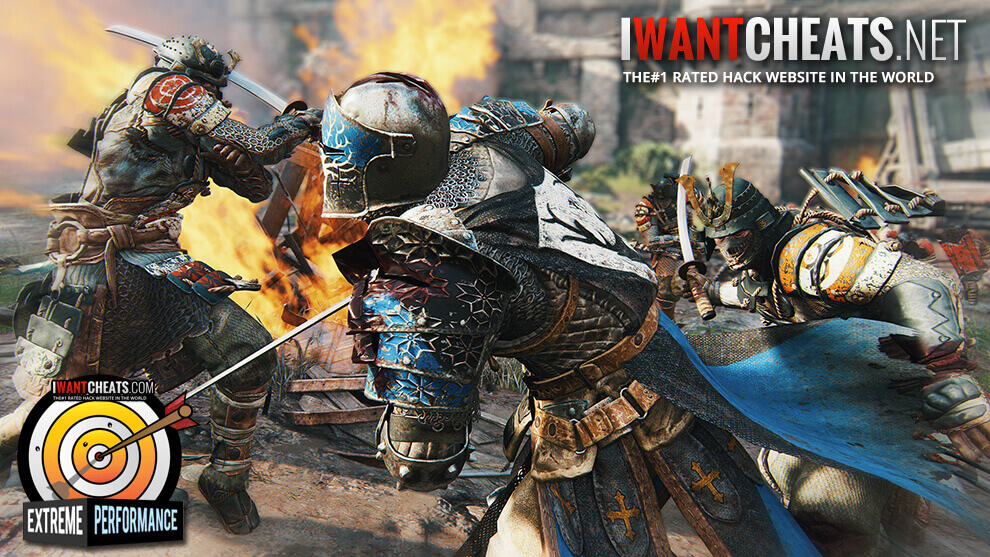 Every hero in For Honor has a different look, distinct animations, and attack combo strings. Moreover, each archetype of the three factions has a weapon they’ve mastered. Continuing, each hero has its handful of Feats of Strength (explanation upcoming). There are four slots, with an option of three special abilities per slot.

Feats of Strength offer special abilities that give you extra power. They’re unlocked as you level up, which is done by racking up kills, securing objective points and assisting your fellow warriors.

For those who are touchy about how their hero looks, they can completely tailor the warrior to your liking! Among many other things, you can customize the crest to your liking, and modify each centimeter of your armor; from your chest to your arms. Additionally, you can also pick each part that goes in your weapon!

Multiplayer Mode Maps
Each faction is linked with maps of its own. The Knights fight within the Cathedral and Citadel Gate, the Samurais contest in the Forest and Overwatch, while the Vikings battle it out in the Canyon and River Fort.
Each map has its set of specialties and beauty. Most of them are large to ensure combats on a great scale.

War Assets
War assets get awarded after the completion of each multiplayer match. Allotting these assets throughout the territories claimed by your faction will help in the War of the Factions.

Game versions and DLCs
Leaving apart the standard match, For Honor will be available in two editions. The Deluxe edition will come with the Deluxe Pack, which gives you access to a Special Execution Smoke Effect, 3 Unique Helmet Crests, and the Deluxe Edition Emblem and the prestigious 7-Day Champion Status.

On the other hand, the Gold edition will come with the Deluxe pack and the Season Pass, which offers players 6 All-New Warriors, Early access to new content, Exclusive Sunbeam emotes for all 12 Warriors, 3 Scavenger Crates, and Exclusive Emblem, and 30-Day Champion Status. The standard edition will retail for € 59.99, the Deluxe edition at € 69.99, while the Gold Edition wears a price tag of € 99.99. If you go for a pre-order, you can get a discount.

Few Shortcomings of For Honor
Although the game has mainly gathered praise from gamers on the closed beta, some of them were annoyed. Here’s why:

The second issue is that the game has no dedicated servers, the game relies on a peer-to-peer connection, which often disconnects.

Conclusion
Looking above, it’s well observable that the positives of the game clearly outweigh the negatives. So, we highly recommend you to get For Honor!
So, my fellow warriors, ready for some killing? 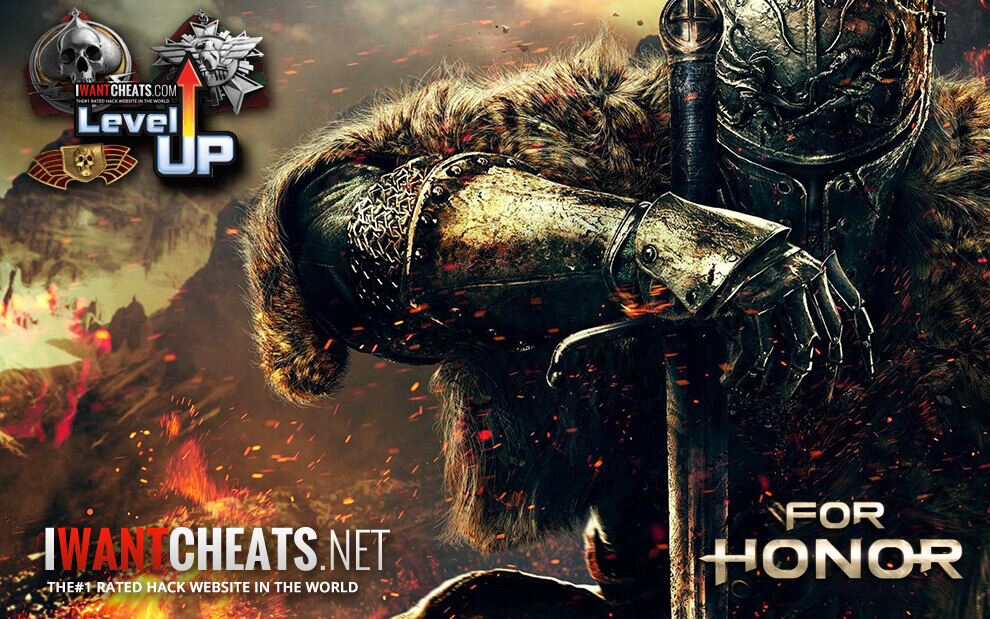