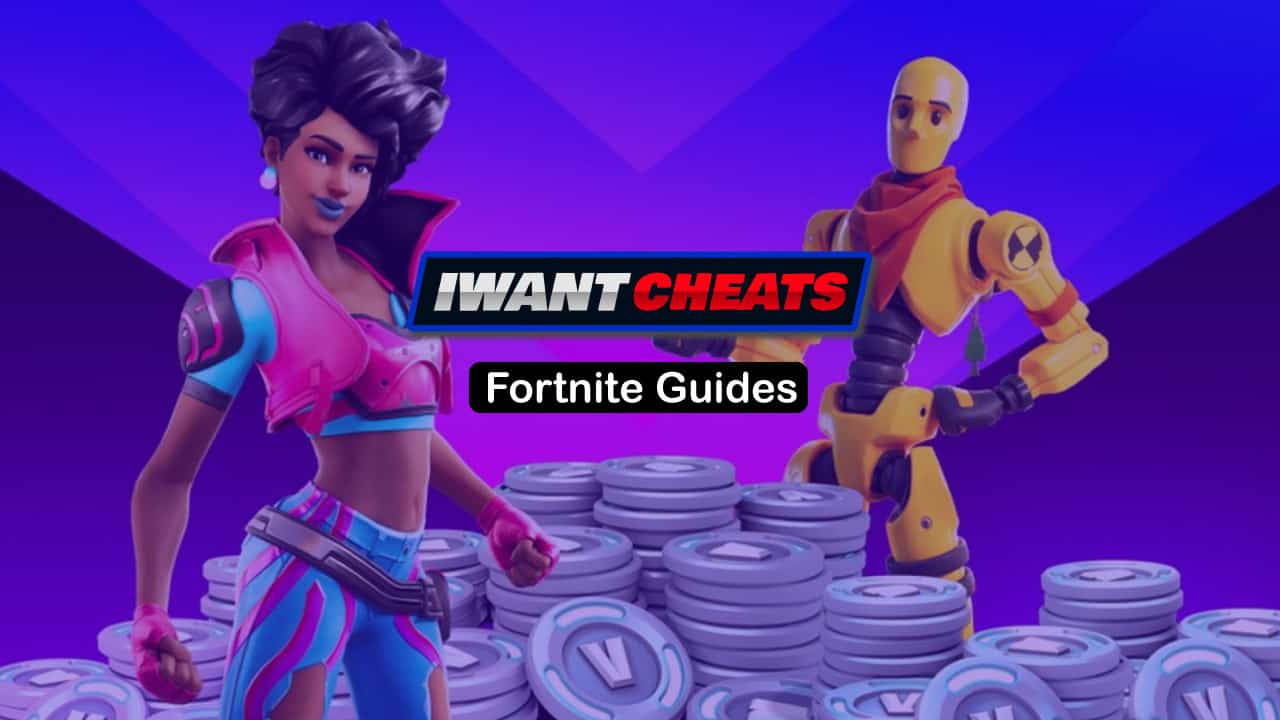 One of the best things about Fortnite, a game with hundreds of millions of registered users and millions of concurrent players at any time of the day, is that it is entirely free-to-play. This is probably the greatest contributor to those numbers, as anybody can download and play the game from just about any platform, including Android (but not iOS anymore, unfortunately).

But how does Epic make money on one of the biggest games on the planet if it’s free-to-play, you might ask? If you’ve ever played Fortnite, then you’ve encountered the official currency of Fortnite: V-Bucks. V-Bucks are used to purchase everything in the game, from cosmetics to the item-granting Battle Pass. This is where the majority of the money is made, as players can purchase packs of V-Bucks to add their favorite heroes and cosmetics to their inventories.

But, there are quite a few ways for frugal Fortnite fans to create stacks of V-Bucks without spending any money of their own. If that’s the route you’d like to take in obtaining all of your in-game items, then join us as we take a look at a few ways How to Get Free V-Bucks in Fortnite. Don’t forget to have a look at our Full Fortnite Guide which covers the ins and outs of Fortnite, both for beginners and advanced players.

At the moment, the only way to get “free” V-Bucks in Fortnite Battle Royale is by working your way through the Battle Pass, which in itself costs 950 V-Bucks. There are typically 300 V-Bucks that are made available to all players, whether they have the Battle Pass or not, over the course of a season. That might be a decent source of income, but it definitely is not ideal in terms of how long it takes to pay out. For the best way to load up on V-Bucks fast, you’re going to need the other part of Fortnite…

Fortnite Save The World: Free V-Bucks

The easiest way to earn free V-Bucks is to make use of Fortnite: Save The World’s login rewards. They don’t pay out every single day you log in like some games, but instead, you will be rewarded handsomely periodically. This will take some consistency in order to utilize its maximum potential, but the benefits are undeniable.

Those V-Bucks are in addition to a few other rewards you’ll receive such as Legendary Transform keys of a few different types. This method will take some time, but a healthy streak will put you on a path to being rich with V-Bucks before too long. Go have a look at our Undetected Fortnite hacks if you want to truly level up your gameplay with aimbots, ESPs and Wallhacks. 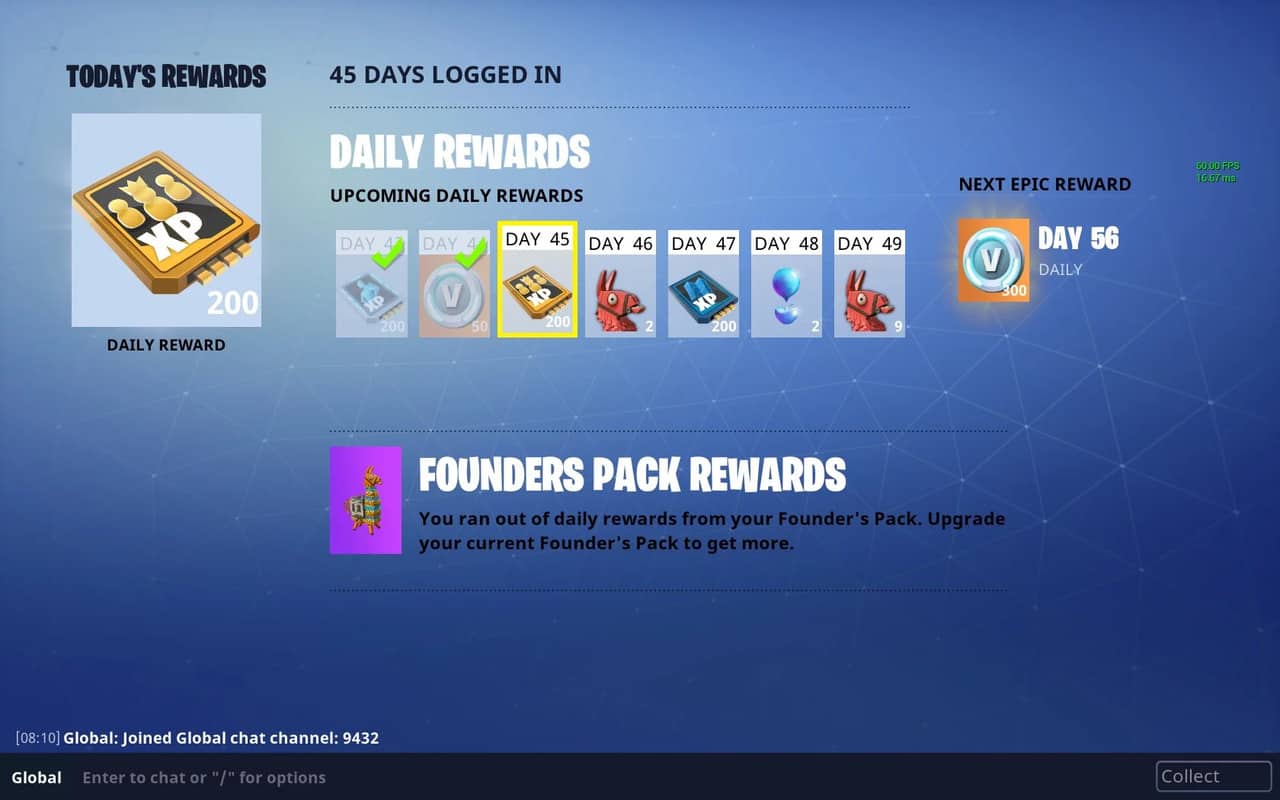 If you’re already logging in every day to build up your streak, why not check out the Daily Quests? These quests vary in how difficult they are and how many V-Bucks they pay out, but they can be completed every single day which will net you a good amount of V-Bucks pretty quickly.

It is worth noting that completing these Daily Quests doesn’t mean doing one mission and being rewarded. Oftentimes you will need to run through missions a few times in order to meet the requirements to complete a Daily Quest.

Remember that these are the daily quests for Save The World, and not Battle Royale. The latter has its own set of Daily Quests, but none of those will pay out V-Bucks. If you think the Daily Quest you were assigned might be too difficult, you can also switch them out once per day for one that is better suited to you. 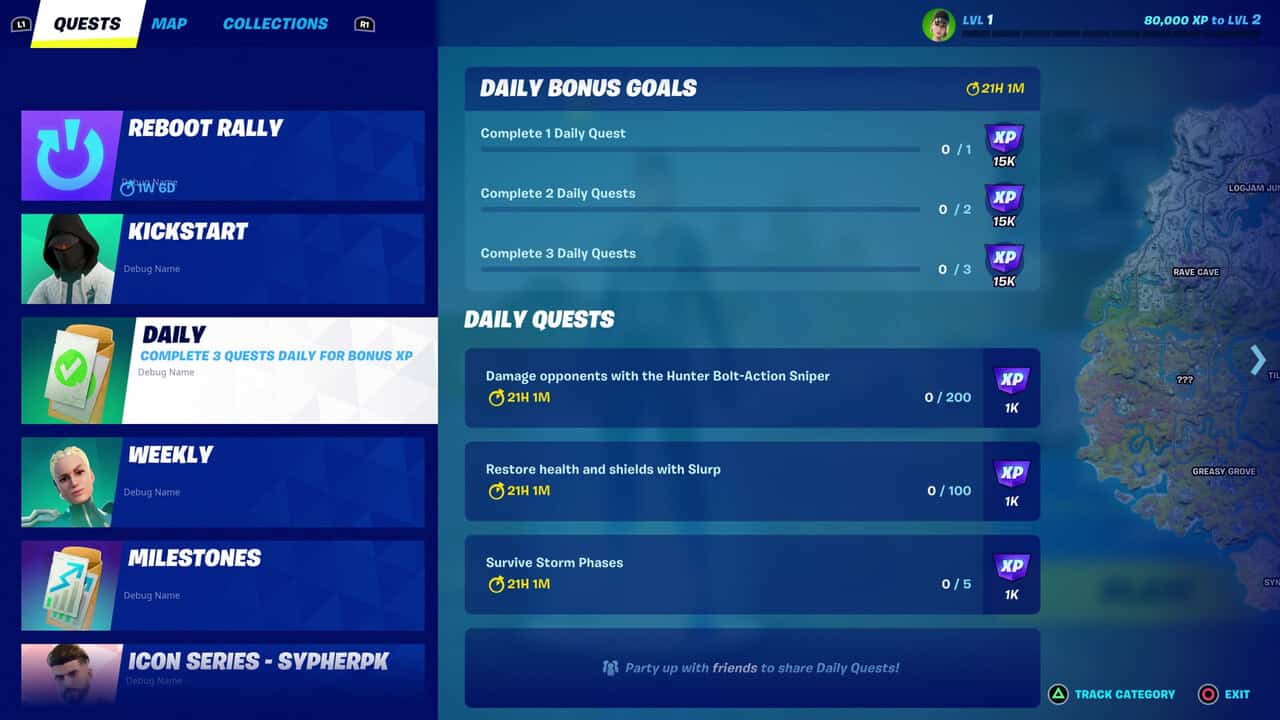 Fortnite Save The World also has a series of quests called Timed Missions, which can give players a number of different rewards including V-Bucks. These missions will show up on the map with a special icon so they are easy to seek out.

Before you go running into every Timed Mission hoping to collect V-Bucks, you should know that only Mini-Boss-type Timed Missions will pay out V-Bucks. These mini-boss fights can be quite difficult, especially since you are under a time limit, but the reward is typically worth the effort.

You can also complete these Timed Missions more than once, but you will only be given the rewards the first time. So go ahead and run through them again if you found them to be fun, but don’t expect anything in return after that first run.

It’s easy to overlook the Main Questline in a game as big as Fortnite: Save The World, but doing so would be a pretty big mistake, especially if your goal is to accumulate a healthy V-Buck fortune. Take the time to complete these missions, because every 10 that you complete will earn you 100 V-Bucks for your trouble.

These main quests are spread out over four areas, but you can only access one when you begin. The missions for later areas will unlock as you progress through the story. Completing each areas’ quests and their associated Storm Shield Defense missions will grant you a total of 600 V-Bucks per area. 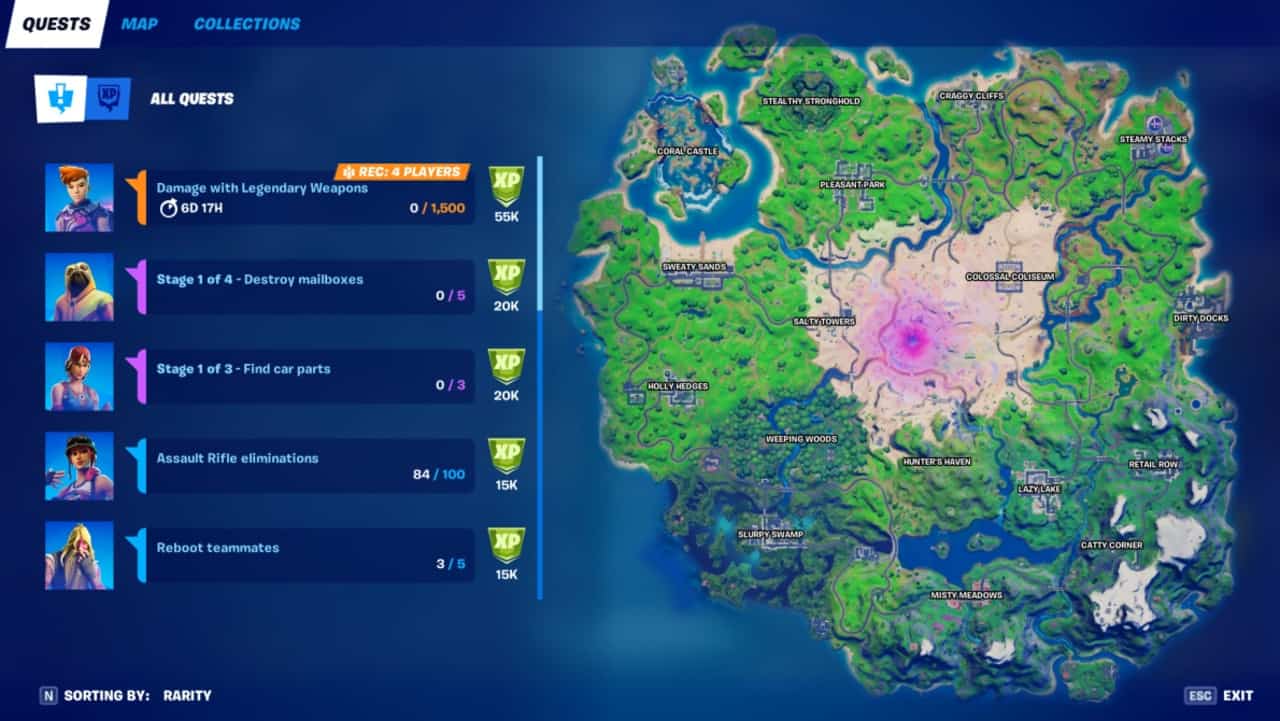 Side Quests In Fortnite

Completing Main Quests will also unlock various Side Quests and challenges for you to participate in. One of these Side Quests are the aforementioned Storm Shield Defense missions for the different areas of the map.

There are also the challenges that will grant you V-Bucks. These can be completed 20 times, and they will pay out every time they are completed. You can earn up to 2,600 V-Bucks if you dedicate the time to these challenges.