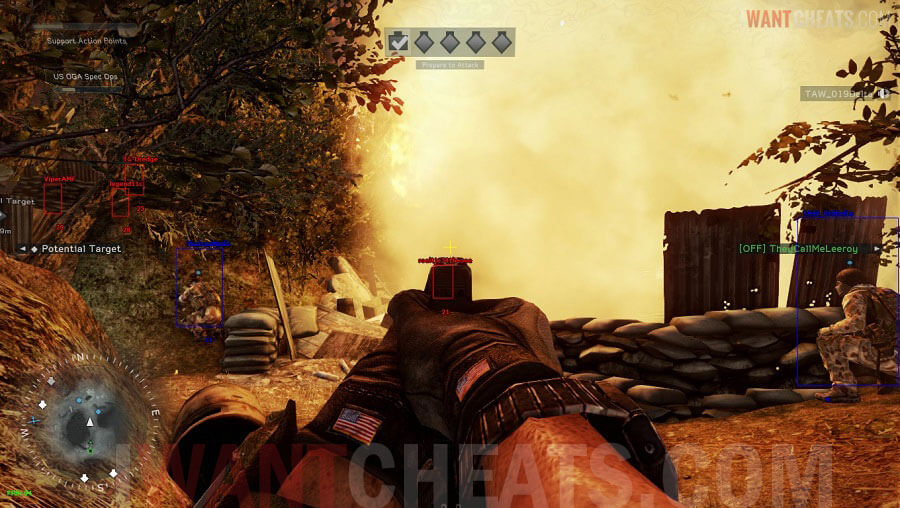 De.Bug has delivered a featured pack hack that has 40+ options including a deadly aimbot and ESP. Grab our HWID Spoofer if you want to stay undetected!

With our cheats, you can destroy individual enemies with one bullet using any weapons or take out entire servers and not have to worry about dying. Go view our listed advantages of using Warzone 2 hacks to get the best out of your gaming experience.

Toggle the aimbot on or off, but regardless you can rank up, unlock every unit, and extra weapon very quickly. Using the ESP you can locate opponents that are hiding behind buildings, in the woods, or under any object.

Aimbot
* Deadly Accurate Lock On
* Auto-aim/auto-fire bot
* Full No Spread so all bullets hit dead on center
* Full 360 FOV can even see behind you
* Bone Scan finds a bone to hit when anyone hides
* AimKey can be set to use any Key you choose
* Head/Neck/Chest/Waist KillBoxes for variations
* Select Enemies, Friends, or Everyone as your target.
* SmoothAim slows the movement to look natural.
* Visibility Checks only locks on when the opponent can be hit
* Knife bot with BoneAim and auto knife to hit
* Auto pistol will fire all rounds and wipes out super fast
* Preferred Target to isolate and destroy one player over and over
* Target by closest to distance or closest to the crosshair

Eagle Eye
* Three varying distances to allow you to see the entire map.

We also have Modern Warfare 2 hack strategies to help you get accustomed to using cheats in online COD games.

Using our MoH Warfighter Hack we successfully used a pistol to gain 80 kills ( including deaths by helicopter rockets ), called in 4 helicopters, and disarmed 4 bombs – all in ONE round. Headshot after head, we used our aimbot to deliver one-shot-kills ( using one bullet w/ any weapon ) during the entire match. Cue: Rage Kill hating throughout the server. 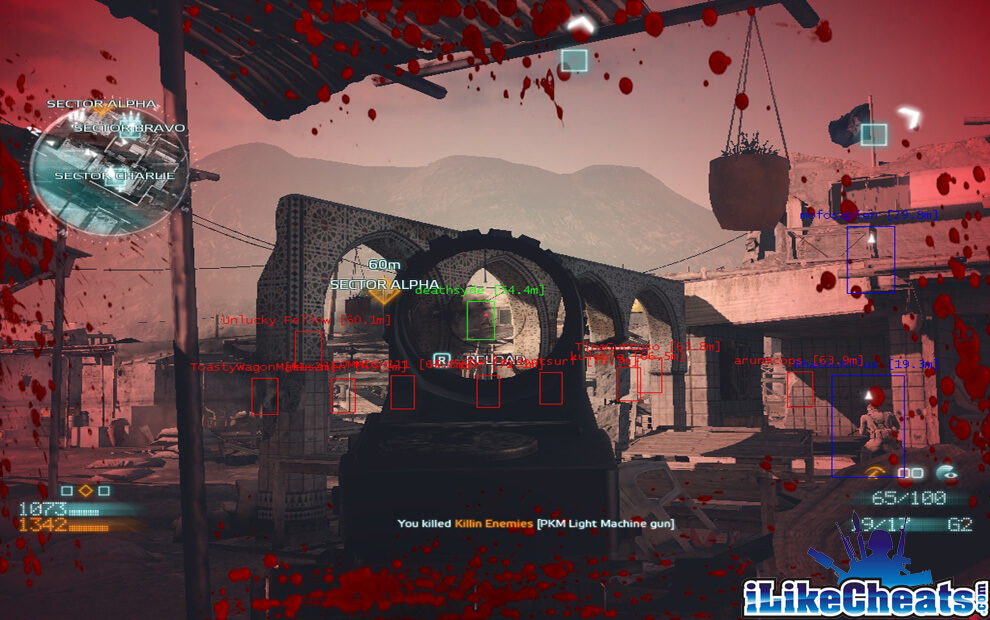 Surprise shotgun slays and insane ax-chop deaths are possible when using our ESP. The ESP system creates a glowing red box around the opponent, the red box will turn green when the objective is within the death range. You can see if the target even if they are hiding behind a solid brick wall giving you the ability to destroy the opposition first and faster when ESP is enabled.

With a simple click of the AimbotKey, your weapon locks onto the target’s head dispensing our super bullets. Our super bullet feature allows you to massacre any enemy player with one bullet to the head with ANY weapon.

Selecting and customizing weapons is easy and maps are easier to navigate ensuring you will never get lost again. Our cheat gives you better hit and line-of-sight detection and enhances the Fire Team system. Unlock weapons faster, make use of International soldiers and guns, and control the game easier.

Bring the Medal of Honor campaign back to life with our MOD hacks which are still undetected even today. We also have a huge range of Fortnite hacks for download.