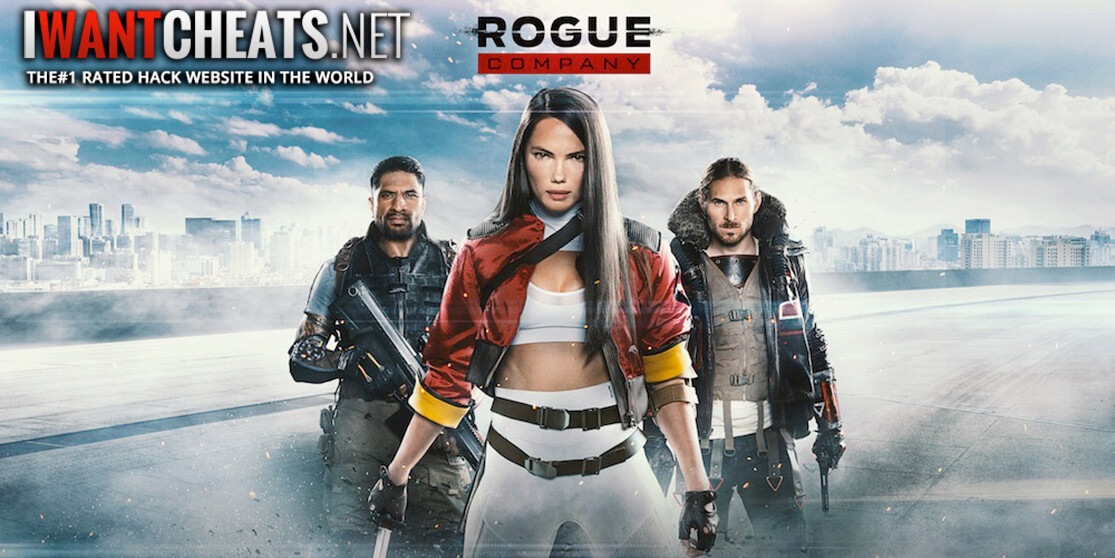 Are you looking for Rogue Company Hacks? IWantCheats released the first-ever hack for the game, and you can download it now.

Take a look at our new Modern Warfare Cheats for Call of Duty when you get a chance as well.

Our Rogue Company Hack allows you to see the enemy at all times with full ESP, you can also use the aimbot to lock on and kill everyone on the other team.

We use triple-layer protection to keep you safe from the anti-cheat and undetected.

The Rogue Company Cheats take around 5 minutes to install, and then you can start cheating right away.

Once you get into Rogue Company, you can bring up the cheat menu and change all settings on the fly.

We will get a video up soon showing the Rogue Company cheats in action before purchasing our product. 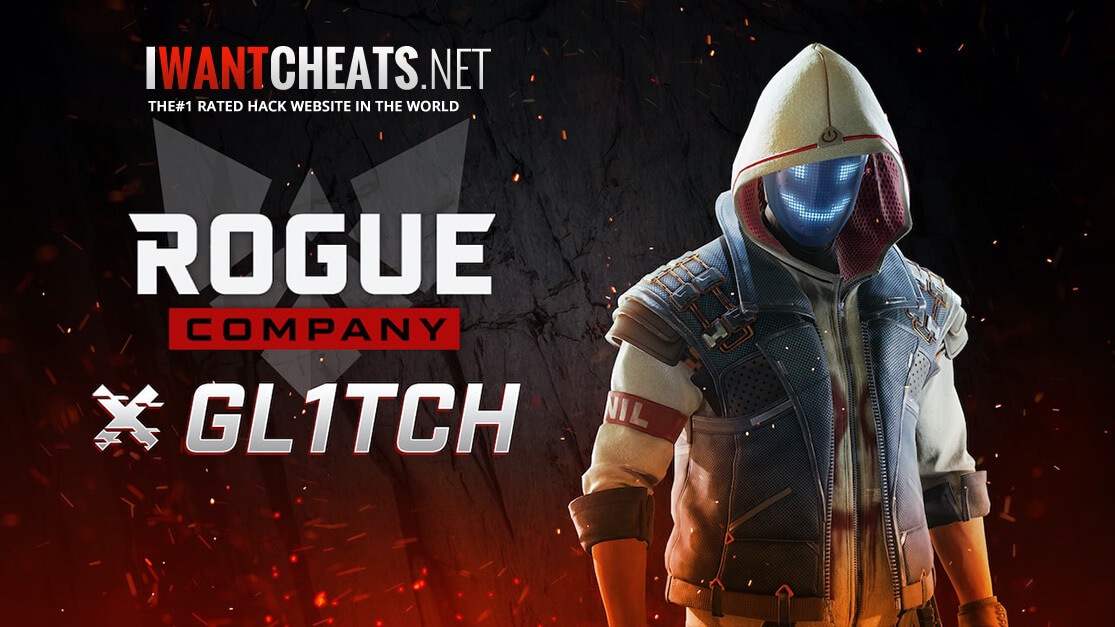 The new Rogue Company Aimbot will allow you to set up an aimbot key on the keyboard or mouse. When you run around the map and see an enemy you can kill you hold down the aimbot key and fire, all bullets go directly to the target and wipe them out.

Our Rogue Company aimbot uses VIS Checks to make sure you can hit the enemy and bones from the player model.

Click Below to Purchase Our Rogue Company Hacks Now!

Have you heard of Rogue Company perchance? Well, In the modern-day, it seems there is no end in sight to the number of multiplayer shooters stockpiling the market.

And still, the entries keep flooding in thick and fast. Regardless of which platform you game on, the volume of choice is astounding. And the genre only looks set to swell further in future years.

Aside from the big guns, most notably, Fortnite, Apex Legends, Overwatch, and PUBG, to name a few, often, it is hard to break into the mainstream and make a name for yourself. Especially true when working within such a sparsely populated field.

Recently, we heard that Rogue Company would release in early access. In what was an off-the-cuff announcement. And strangely enough, a spare-of-the-moment reveal that ultimately ended up as one of this Summer Game Fest’s surprise packages. Besides, it is difficult to make a dent in the industry at the best of times. 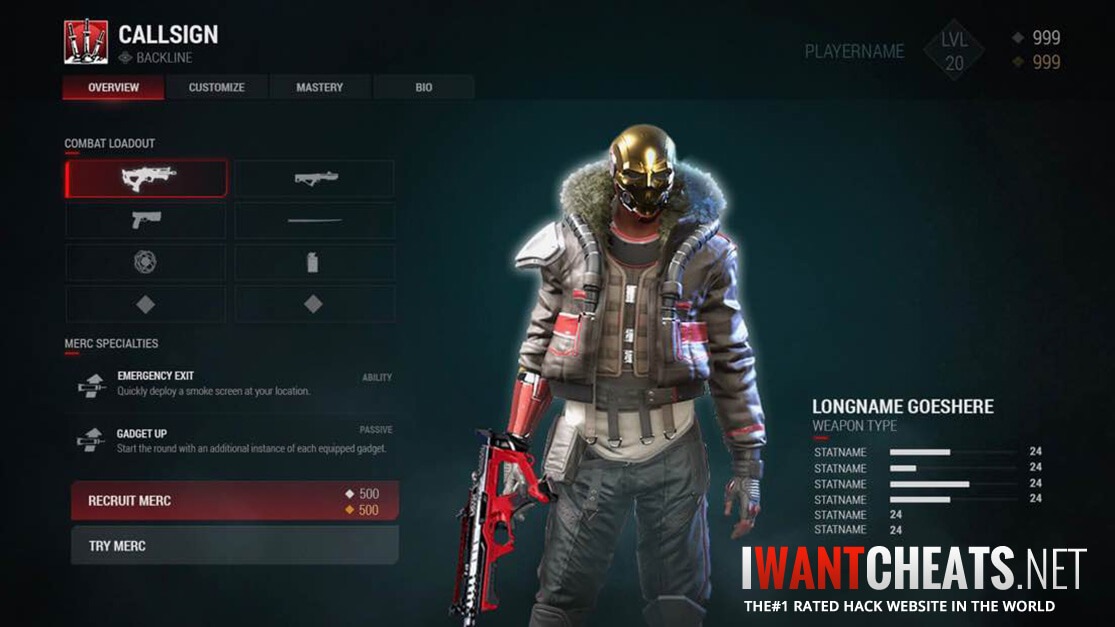 Let alone when competition on the scene is so stiff.

Today, the goal is to shine a spotlight on Rogue Company, examine it under the microscope with meticulous precision.

Upon reading, I promise you will leave us fully informed on all things Rogue Company. So, without further or do, let us lock, stock, and load our way straight into the firefight.

We hope you enjoy the fireworks.

As the title eludes to, the trailer, albeit only around two minutes in length, was not shy on content. Thus, giving us a decent insight into what players can expect as part of the launch experience.

Do keep in mind, that the gameplay footage, taken during Rogue Company’s alpha stage of development is still somewhat raw. So, I suggest interpreting it at surface value. Of course, there is still some time to add further polish and to touch up aspects of its presentation.

But for the most part, it seems structurally sound. For me, in an aesthetic sense, it sits somewhere between Apex Legends<span data-preserver-spaces=”true”>, and Overwatch.

Perhaps, if I was to knit pick, some of the animations come off a little stiff. Worse still, to me, they appear generic-looking at times. Conversely, there seems to be a decent medley of heroes to pick from and tons of firearms to wreak havoc with, in the field. At least that is what we witness during the initial intro.

On top of that, though likely familiar looking to genre vets, the gunplay seems strong enough to stand on its own two feet. But I am sure you all concur; it is still early days.

There were, however, a few key elements that stood out. Firstly, in terms of traversal options. I did enjoy seeing the use of zip lines, which allows for tactical team play, and assault ambushes.

While capturing objectives and diffusing bombs, more tried and tested tropes, than trailblazing concepts, should still do enough to satisfy firm genre fans.

There was also mention of a “ping system” in the trailer. Whether it will match the streamlined simplicity of Apex Legend’s remains to be seen.

Rogue Company can perhaps be summed up best by the studio itself:

“RC is a multiplayer shooter coming to all major platforms: Xbox, PlayStation, Nintendo Switch, and PC. Rogue Company is developed by First Watch Games and published by Hi-Rez Studios,” the studio said. “Rogue Company is a top-secret syndicate of elite mercenaries around the globe. “To most of the world, the elusive mercenaries are rumor at best.” 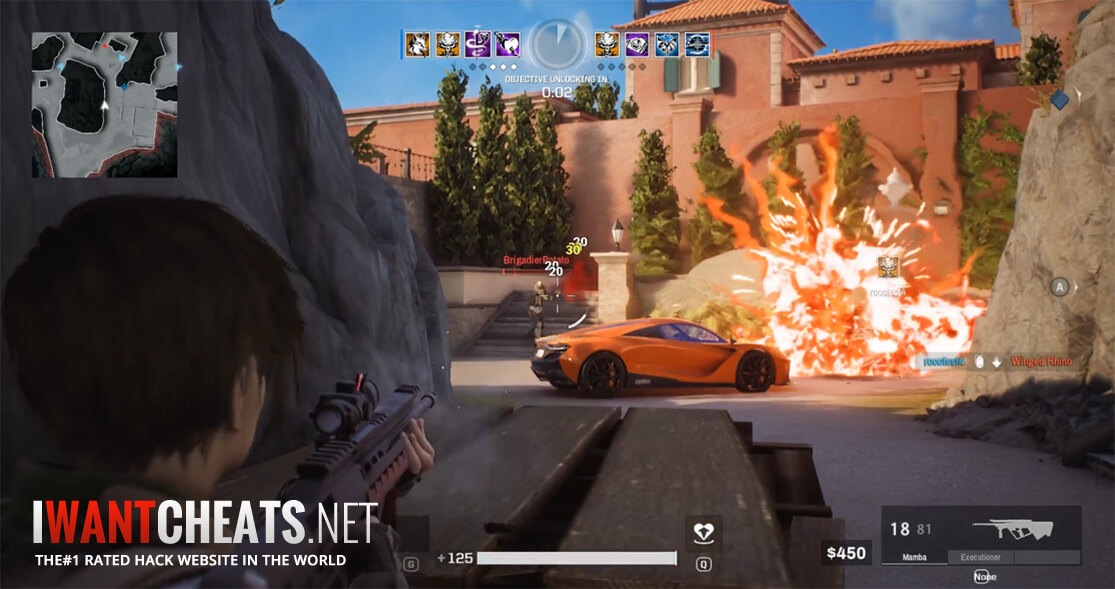 “However, to those in the know, Rogue Company operatives are indispensable to solving the world’s deadliest and most challenging missions. As a Rogue Company mercenary, players will grab their weapon of choice and dive into iconic locations to compete online in various PVP game modes,” states the studio. “Group up with friends and dominate the competition. Rogue Company will feature crossplay across all platforms.”

That, of course, was way back when, and this is now. More recently, the tactical hero shooter was given the green light and made it to early access status. Coined a “closed beta” by Hi-Rez Studios, the game’s publishers, Rogue Company, currently adopts a pay-to-play model. Hence, requiring real-world currency to access.

To take part, players must buy early access, which assumes the shape of a Founder’s Pack. In short, this starts at $15 for the base tier and includes two extra playable rogues, alongside four cosmetic items.

Although, I should state the game’s store page suggests the intention is to go free-to-play. At least at some point later in proceedings. Probably after the “closed beta” expires, but that is just conjecture on my behalf. With that in mind, we will have to see what is in store a little later.

Much like other games of its genre in many respects, Rogue Company’s cast of heroes, although here they are referred to as “Rogues,” come equipped with varying sets of skills.

These, if even remotely like Valorant and Overwatch, should differ to some degree. Thus, giving each player a purpose within their designated squad.

We will get into the launch trailer more in a moment. From what I can deduce merely at surface level, Rogue Company grants gamers the ability to customize gear. In this aspect of things, it looks extensive, offering up both offensive and defensive alternatives.

Which, in turn, could have a tangible impact on determining which team scoops the spoils of war.

So now, before issuing further info, let us analyze the latest launch trailer in greater detail. Two ticks, while I grab that microscope of mine.

According to the trailer, which was predominantly cinematic, Rogue Company comes across as an arcade-style shooter. But in my eyes, it seems that production has come on leaps and bounds since the initial gameplay teaser.

These cutscenes are well-crafted, with decent attention to detail. Equally, the voice acting sounds solid, and the cast appears to share a sense of humor even if that tilts more towards the wacky side of comedy. But still, it was well done for the most part.

Deep down, I do hope this will all translate into the finished product. But for now, the overall signs are good. And this all signifies a steady stride in the right direction.

But Back to Those Juicy Packs

Perhaps, a percentage of players may be put off by the initial price-tag. After all, Apex Legends officially released as a free-to-play game. It was not until later that paid models eventually rolled out. That is, once the IP had gained significant traction in the multiplayer market.

Previously, we discussed the first payment model, but there are two other alternatives on offer concerning Rogue Company. We can take a deeper dive into those now.

First off, we have the Standard Founder’s Pack. Acting as the midway model in many respects, this grants access to “eight extra playable Rogues,” in conjunction with “four in-game cosmetic items.”

For those seeking the Rogue Company top-tier experience, look no further than the Ultimate Founder’s Pack. That comes with a “cache full of cosmetic items,” plus ample incentive to visit the in-game store via “1500 Rogue Bucks.”

Of course, the choice remains up to you—so good luck. As far as I know, I cannot find any notable differences between platforms in terms of the currently offered bundles. Also, it is fantastic to see Rogue Company launch as a cross-platform release. So, friends from across devices can get in on the action.

How Can I Play the Game and On Which Platform?

Thankfully not one portion of the game’s potential player base will miss out this time around. Typically, as far as availability is concerned, there always seems to be one platform left in the lurch. But players across devices can enjoy Rogue Company as early as today!

As a result, Rogue Company releases on PC and is purchasable via Epic’s Online Store. Alternatively, you can gain entry to early access of the game when buying on PS4, Xbox One, and Nintendo Switch. So, some good news, on that front.

When you thought all was lost, and we had run out of content. The Nintendo Direct Mini shows up and throws a spanner in the proverbial works. The event just gone, showcased some of the company’s household names. Even so, we did get the luxury of a good enough glimpse at some new gameplay footage, which features one of the game’s new hacker heroes, Glitch. 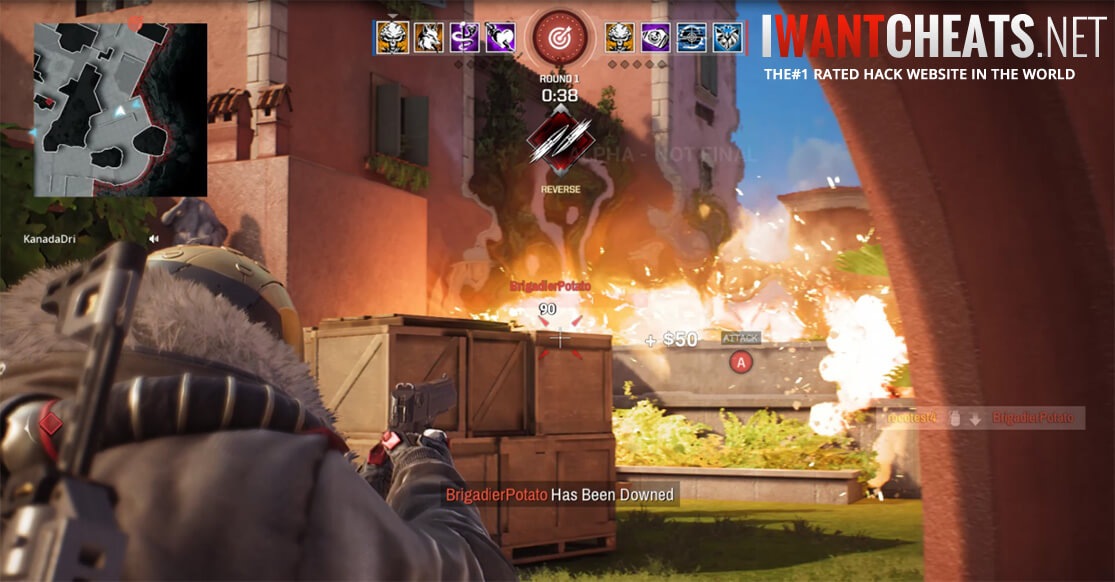 So that is all the intel we have for you right now. Make sure you stay with us for more updates and news on the issue, as and when it surfaces.

Rogue Company certainly has some things going for it. Whether it can crack the tough nut that is the multiplayer market, remains a mystery. Additionally, I am still uncertain as to whether their business model will backfire early on.

Also, can it sustain the kind of player base needed to fund further updates? After all, live service games are ongoing ventures.

At this point, there are no assurances as to what the future holds. However, as history has told us, publisher Hi-Rez Studios has a habit of carving out a niche in the MOBA market, having done so with Smite.

So, I would not want to be the one to bet against them. Either way, I am looking forward to the future with optimism and wish Rogue Company every slither of success available.

Once widely accepted as a promising genre akin to the new frontier of gaming, soon became flooded with daily additions—each one, vowing to become a household name. Fast forward in time, and we have on our hands, an oversaturated market where the margin for error amounts to less and less, as developers fine-tune their gaming experiences.

Ultimately, that leaves players better off even if that leads to less variety.

In short, I am happy to see Rogue Company make a go of it. Even if it flops, which, at this point, is unlikely, I can see that plenty of effort has gone into this game. I am speaking both on the development side and in elements of its execution.

I want it to succeed, as do many others, I am sure. If only we could all win at the lottery of life. May fortune favor you, Rogue Company. You have my unwavering support.

We want to hear the impressions of you, the gamer. Are you excited about Rogue Company? Could it be a contender for the crown of the best multiplayer shooter? Or does it have too much to fight off in the form of stiff competition?

We welcome all views. So please send in any suggestions via the comment below.