IWantCheats has the first released Shattered Skies Aimbot, and we did it before any other cheat site.

The developers of SS told everyone the game couldn’t be hacked, but we did it in one day! Now you can find loot easier and kill people without losing your loot. 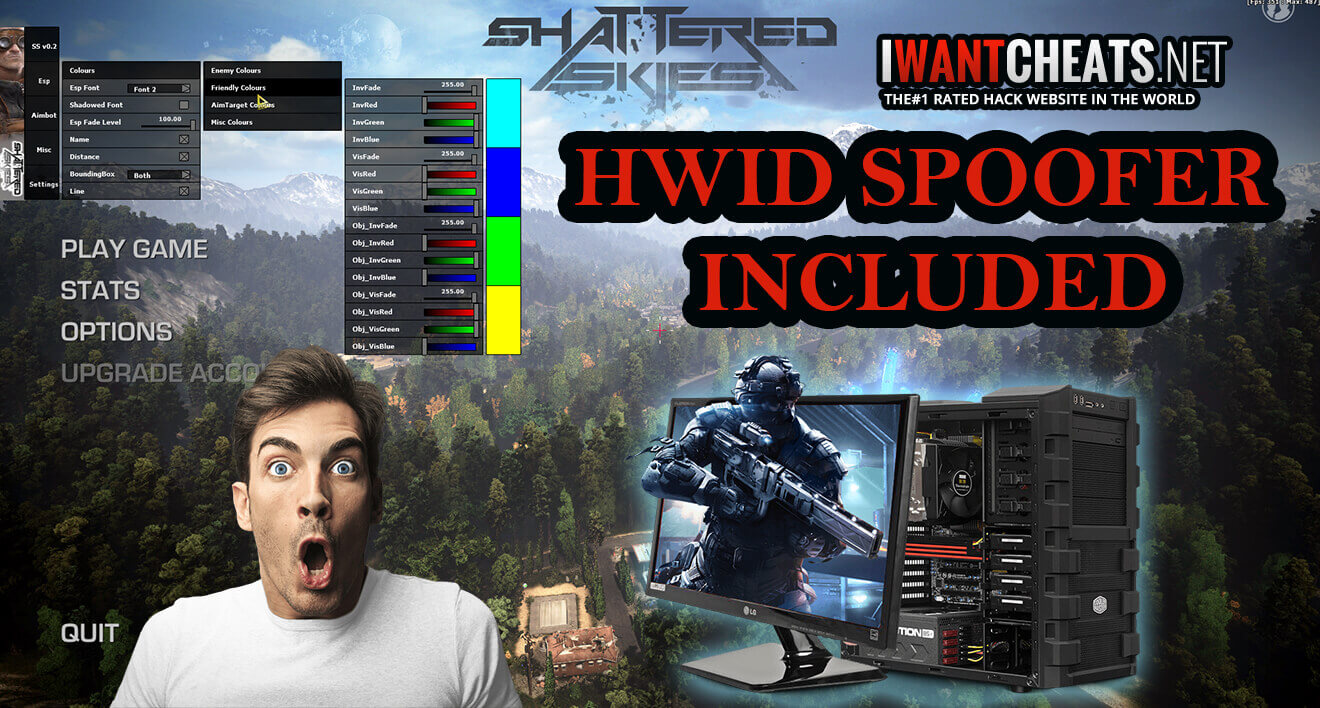 How the Shattered Skies Hack Helps You

When you play Shattered Skies without the use of our hack, it gets annoying pretty fast.

You find yourself in a huge world, running and searching all over for loot (weapons, food, etc.).

It may take you hours to find a gun, some ammo, and necessary food; then you’ll suddenly see an enemy player and he’ll kill you and take everything.

We changed the way the game is played by introducing the first-ever Shattered Skies Hack to the public.

Now you can see all objects with ESP and kill every enemy player with our aimbot. So when you run around towns we display every weapon, piece of ammo, and food to you on-screen at all times.

Our Hack makes the game more fun because you never lose all your loot and get killed by a player hiding around a corner, think of yourself as almost god-like!

The image below uses our Shattered Skies hack and you can see how the player has an orange ESP bounding box around him, this helps you spot every player on the map.

We also mark all loot so you can easily find weapons, food, ammo, etc. 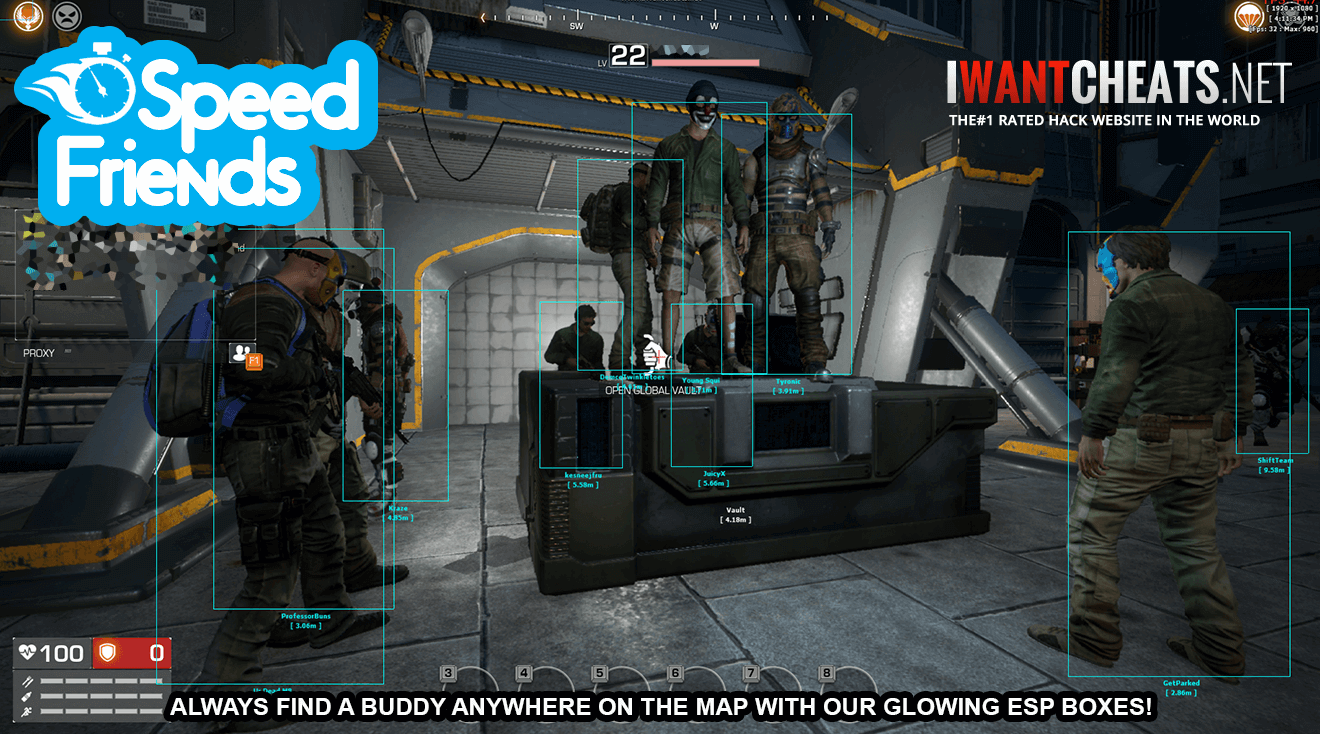 Can I Get Banned Using Shattered Skies Hacks?

While no cheat for any PC game is 100% undetectable by anti-cheat, we have the best record in the world for keeping you safe.

Our Shattered Skies Hacks have four layers of code to help you remain hidden from the anti-cheat program.

All of our coding works before the game even starts, so you remain hidden from the game developers and don’t get your account banned.

Other cheats you may find on the internet can get you banned in seconds because people without a solid coding record release them.

Ok, so you’re ready to start cheating and beating everyone at Shattered Skies?! It takes about 5 minutes to register on our forum and set the cheat up to work in the game, follow the instructions below to get going.

Introduction
Shattered Skies is an open world sandbox style game developed by Free Reign Entertainment, which was released in March 2016. However, it is still in its beta version right now. The full version might be released this summer. Free Reign Entertainment released a similar open-world game called ‘Aftermath’ last year, which gained a lot of popularity among FPS fans. Shattered Skies has also received an excellent response from the Steam community.

Plot
Shattered Skies may have the same FPS gameplay as Aftermath. Nevertheless, the storyline is unique and exciting. As the name suggests, the atmosphere has been shattered as a comet struck the moon causing it to break into countless pieces. These shattered pieces of the moon along with some fragments of the comet were pulled down by the gravity and created havoc as they landed on the earth.

The meteor shower has resulted in a strange crystal growth formation all around the globe, and people are now finding different ways to harness this crystal energy and protect themselves from deadly creatures, which have emerged due to the same power.

Game Modes
Shattered Skies does not have a story or campaign mode where you advance through levels and finally defeat a boss and win the game. It is an open-world game with two main game modes:

Player vs. Environment (PvE)
In the PvE mode, you become a lone warrior and survive on the battlefield by battling with the aliens and building your reputation. You are required to collect resources by exploring the map, construct new things, and survive for as long as you can.

Player vs. Player (PvP)
In the PvP mode, you can either fight alone with other players or create a team of up to 9 players and battle against the opponent team. The rest of the features are the same as the PvE mode.

Gameplay
If you look at the trailer of Shattered Skies, it looks quite similar to ‘Aftermath’ regarding gameplay, but in reality, it’s not. The game features a unique gameplay experience, which keeps you engaged for hours. Besides being a traditional FPS game, Shattered Skies has various RPG elements too. For example, there is no definite storyline which the character follows, but the game puts you in the shoes of your character, and everything depends on the skillset and the experience you gain through playing for hours. 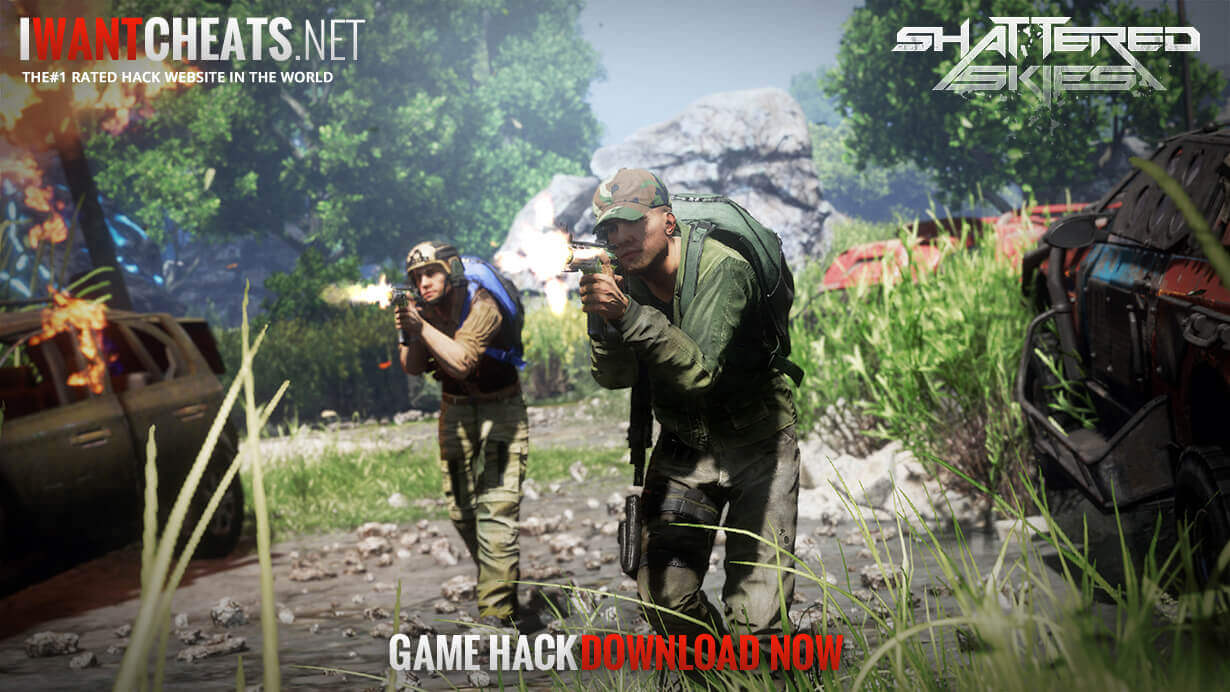 Crafting
Crafting tools are another element, which puts the ‘survival mode’ into perspective. You won’t just find a shield lying around somewhere on the map; rather you have to craft it yourself. There are certain recipes to craft each item and the blueprint for these recipes can be traded among players. However, there are always certain requirements associated with the items. Once a method is learned, it’s learned forever; it’s even not taken from your character when you die.

Compared to previous titles, Shattered Skies has its crafting interface and the resources you collect don’t take up space in the backpack. So, when you die and lose your bag, the funds raised will remain.

Weapons
There are numerous weapons available in Shattered Skies, and players can customize them according to their needs. Selecting a gun in the weapon’s menu brings up all the possible attachments whether locked or unlocked, which gives a pretty good idea to players about the kind of accessories they should be looking after.

Customizing a weapon is fun, as you feel good seeing items like a barrel, side rail, and magazine is attached to your gun. For high-tier weapons, customized skin can be installed too.

Armors
There are two main types of shields in Shattered Skies; Soft Armor and Hard Armor. The Soft Armor breaks after receiving a few shots, while the Hard Armor is capable of withstanding greater punishment.

Last Man Standing Mode
The last man standing mode is playable in the PvP session. Battle with other players on the map and be the last one remaining alive to win the match.

Graphics
The level of details and graphics of Shattered Skies is pretty much similar to Aftermath and WarZ, with a lot of assets taken from these two games.

Nevertheless, if you play Shattered Skies on full graphics, a significant difference can be noticed. However, the visuals are mediocre and not very impressive, but considering it is more of an online game, the focus is toward gameplay, which we feel is incredible.

The settings allow you to change a lot of things if you are experiencing lag. For example, the ‘world quality’ actually makes the game look stunning, but setting it to low can improve the frame per second rate. Moreover, you can also reduce the sky, trees, shadow, and water quality if you don’t have a high-end PC. Disabling grass can help you spot enemies easily in the PvP mode. 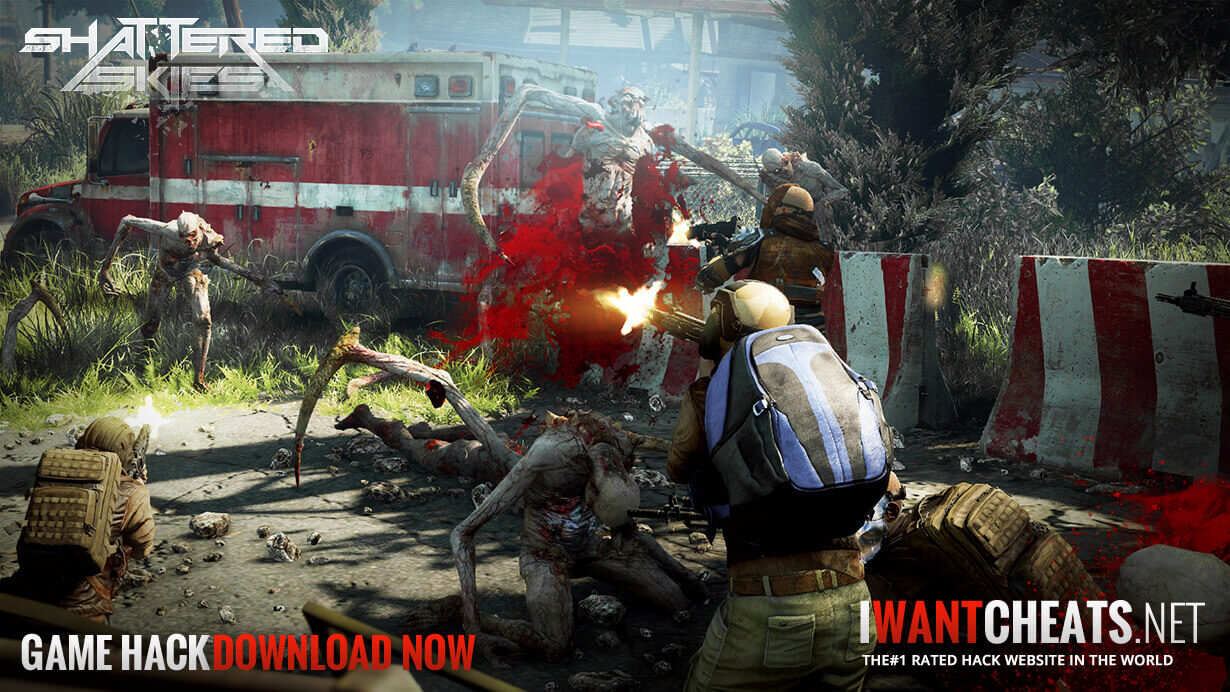 5 Reasons Why You Should Buy Shattered Skies

Verdict
The Shattered Skies is still in beta version so that you might encounter a few bugs initially. It is one of the most engaging online games launched by Free Reign Entertainment offering a dynamic gameplay experience both online and offline. It is available for pre-order with a ‘starter package’ for $24.99 including 100 global vault storage slots. You can also buy the ‘Ultimate package’ which offers 1,000 global vault slots, a 150,000 XP bonus, a care package, the exclusive brotherhood of chaos and dominion legion cosmetic set, a gold name tag in chat, and more.