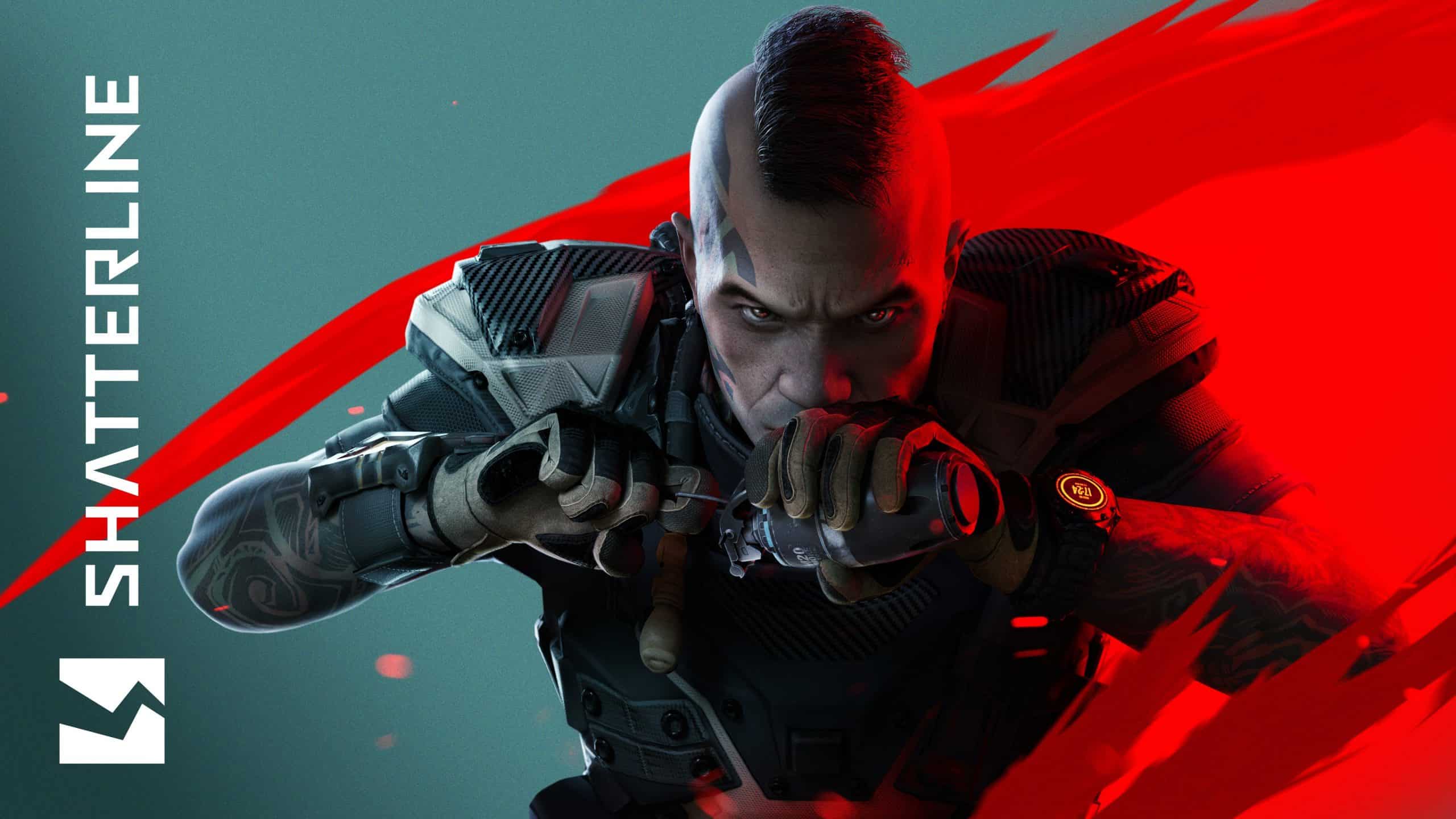 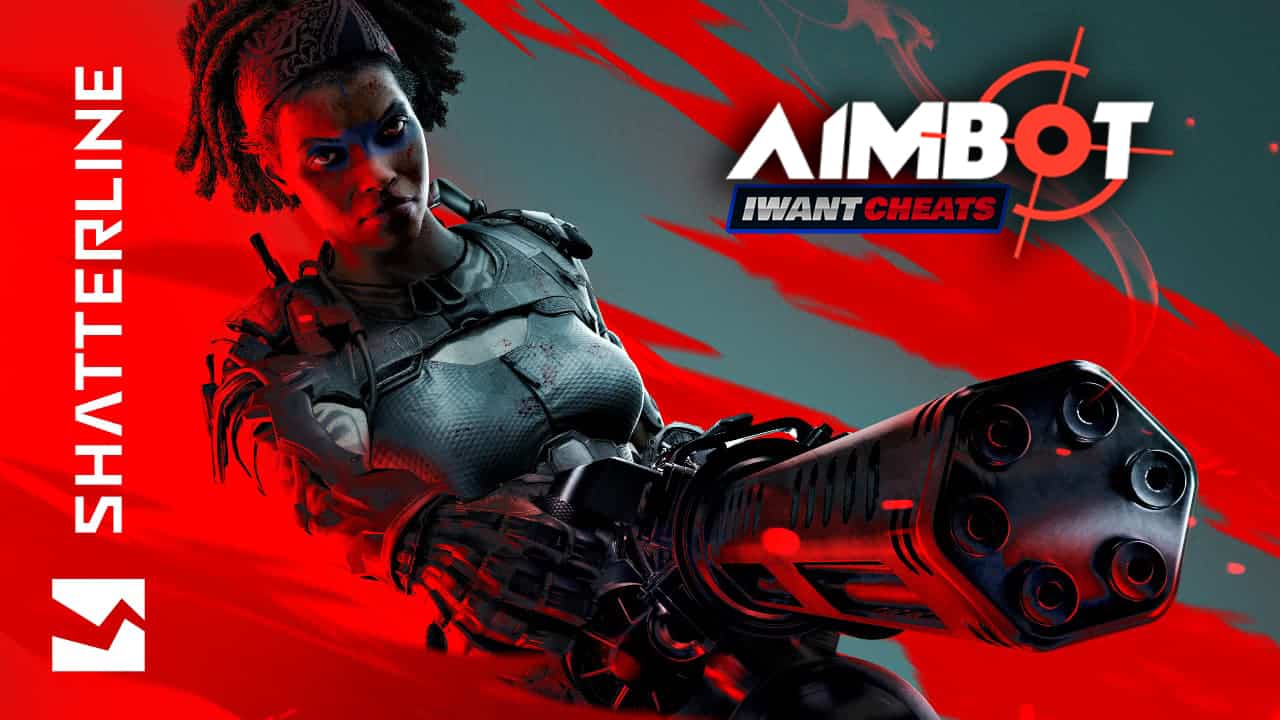 IWantCheats’ latest addition to their roster of powerful, undetected cheats is for a brand-new game called Shatterline. This free-to-play FPS is already heating up the Steam charts with its mix of co-op and PvP modes, which means that the competition is getting increasingly fierce.

Fight your way to the top of the Shatterline leaderboard and dominate the competition with this incredible early Shatterline hack. But how did IWantCheats manage to pull off such a feat in a brand-new game that is giving other cheat makers such a hard time? Read on to learn about the amazing features of this special software.

What Is the Shatterline Aimbot?

Once purchased and installed, IWantCheats’ undetectable Shatterline aimbot hack will allow you to pick off enemies in both ranked and quick play online matches against other human players. It works by tracking targets automatically, and either shooting for you or giving you the honor of pulling the trigger depending on the settings you decide to go with. Your opponents will never even see you coming. You can view our aimbot features below:

How Does This Shatterline Cheat Work?

IWantCheats’ Shatterline aimbot is better than other Shatterline hacks because it uses a creative method to offer maximum usability with minimal possibility of getting caught. Instead of accessing the game’s memory directly, this Shatterline hack works through the GPU installed in your PC.

The aimbot software reads the information going to your monitor, recognizes the pixels that make up enemy players, and automatically engages with them based on your personal settings. By working exclusively through your GPU and circumventing Shatterline’s anti-cheat software, IWantCheats’ Shatterline aimbot has a 0% detection rate. That means you can rest assured that you’ll never get banned. Our Undetected Valorant Aimbot for 2022, uses the same advanced and feature-rich technology. 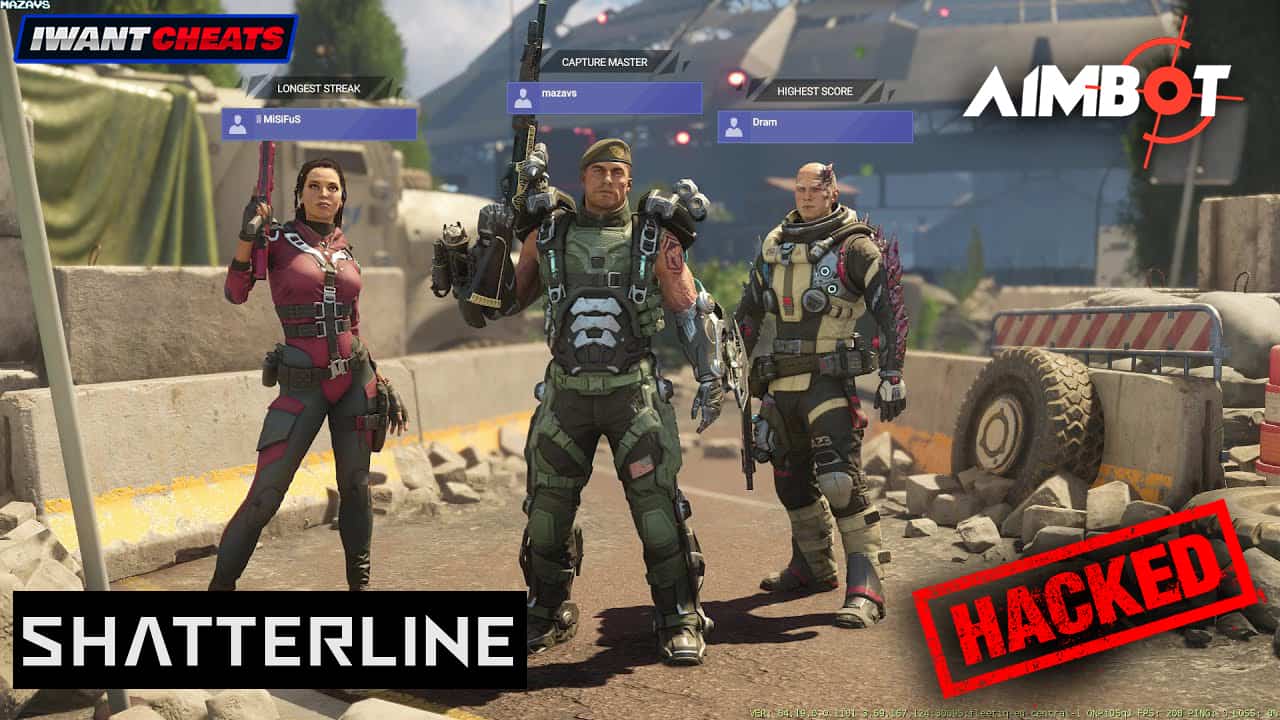 Will This Shatterline Hack Be Affected by Game Updates?

Since Shatterline is currently an Early Access game, you might be wondering if the constant stream of game updates and content additions will interrupt the effectiveness of your Shatterline aimbot. Well, we’re here to put your mind at ease: this Shatterline cheat will never be rendered useless as the result of an update to the game.

As previously stated, this Shatterline aimbot only interfaces with the GPU, never with the game’s own memory or files, so any updates or alterations to the game’s code will be useless in preventing your killstreaks.

Other, lesser cheat makers can only create cheats and hacks by injecting code directly into a game in order to make it work, which is exactly what the game’s anti-cheat detection looks for. Thankfully, the engineers at IWantCheats are smarter and more creative, resulting in an aimbot that is completely external and undetectable while remaining 100% effective.

What Are Some of the Features of the Shatterline Aimbot?

Not content to just bring you the most effective, undetectable Shatterline aimbot possible, the team at IWantCheats also packed the hack full of features that give it extra value. Here is an overview of the features you can expect from this Shatterline hack.

First, the IWantCheats Shatterline Aimbot is completely customizable. In the hack’s settings, you can choose between aim assist or full aimbot levels of tracking, and you can set the aimbot to fire immediately once locked on to a target or wait for your input to fire using the Flickbot and Triggerbot with auto-shoot settings.

These settings alone would be incredible if they were included with any other hack, but IWantCheats didn’t stop there. They’ve also included several other optional features, such as a pause on the aim assist for those times when you want to test your own skills without hopping out of the game to turn off the aimbot.

A recoil feature that mitigates every weapon’s recoil by automatically pulling the gun’s aim downward slightly while shooting results in greater accuracy with more powerful weapons. The tracking speed, flick speed, and the aimbot’s effective FOV are also completely customizable. if you have fun playing Shatterline, then definitely go take a look at our new Modern Warfare 2 hacks with aimbot.

If you want to set the aimbot to only shoot certain parts of the enemy (who doesn’t want infinite instant headshots?), there is also a setting for that. A new feature even allows for multiple configurations to be loaded and switched through, so you can always have the best settings for whatever game mode you jump into in a matter of seconds. The only thing this Shatterline cheat doesn’t include is ESP, but it’s so good you won’t even need that.

Despite all of these features that have been mentioned (this isn’t even all of them), the installation and setup for the IWantCheats Shatterline aimbot has been created to be simplified and completely uncomplicated thanks to an easy-to-understand UI. No more headaches or jumping through hoops like the creations of other cheat makers. 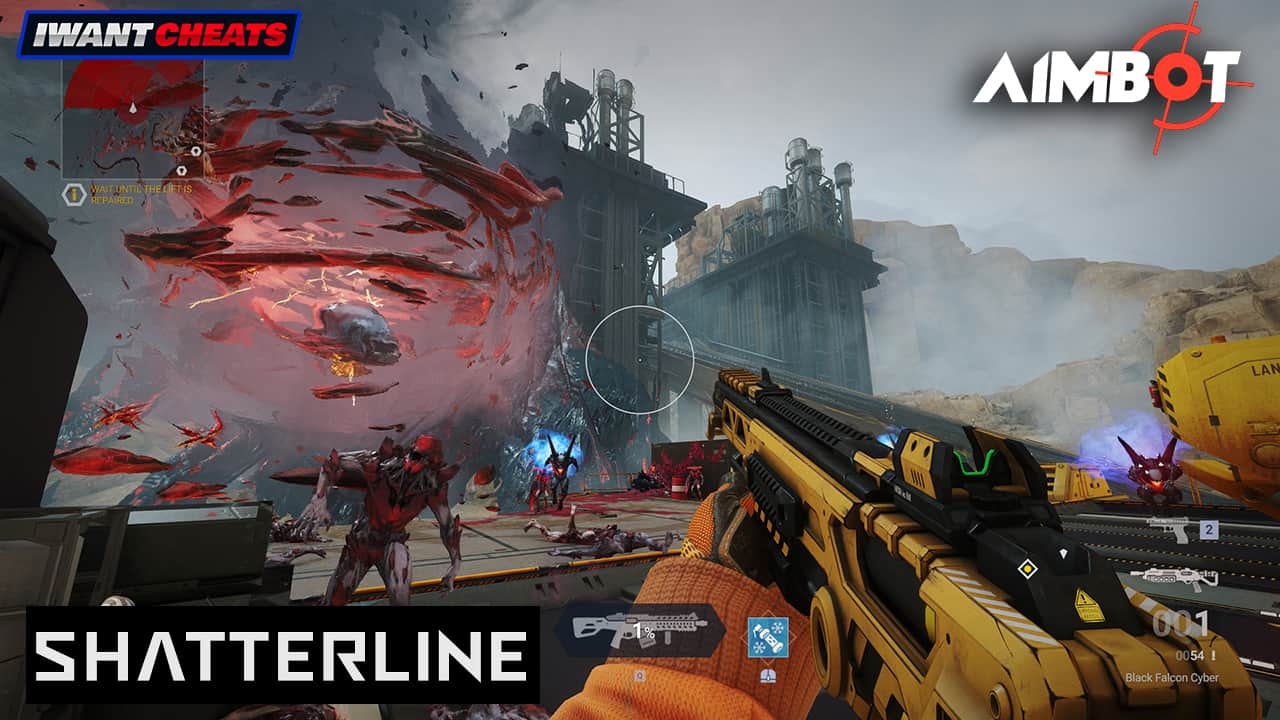 Test Our Aimbot for 1 Entire Week

An Entire Months Worth of Gameplay

Discounted to $39 Per Month

Discounted to $33 Per Month

Discounted to $27 Per Month

Discounted to $24 Per Month

What Do I Need to Use the Shatterline Aimbot?

In order to effectively use the Shatterline aimbot by IWantCheats, there are a few simple requirements. First, and most importantly, you’re going to need a fairly recent GPU from either Nvidia or AMD. An Nvidia GTX 1080 and an AMD Radeon 6600 would be considered the lowest cards you could use, with more recent models being preferred.

Next, you’ll need a strong CPU, one that isn’t more than 4 years old. An AMD Ryzen 3000 series or an Intel Coffee Lake processor would be the oldest we recommend (CPUs from 2019). And within those series, their respective mid-level processors would be ideal (Ryzen 5, Core i5).

With those hardware requirements out of the way, we can talk about software. Your PC should be running Windows 10 or 11 with secure boot turned off, you should have the latest drivers installed for your GPU, and any 3rd party antivirus software should be uninstalled.

Finally, for the best aimbot performance, running your game at 1080p resolution is highly recommended. It provides the best balance of visual clarity and information for the aimbot to use (more pixels mean it has to work harder).

And with that, you have everything you need to know about this incredible Shatterline cheat created by IWantCheats. Purchase and install it today so you can begin decimating your opponents. 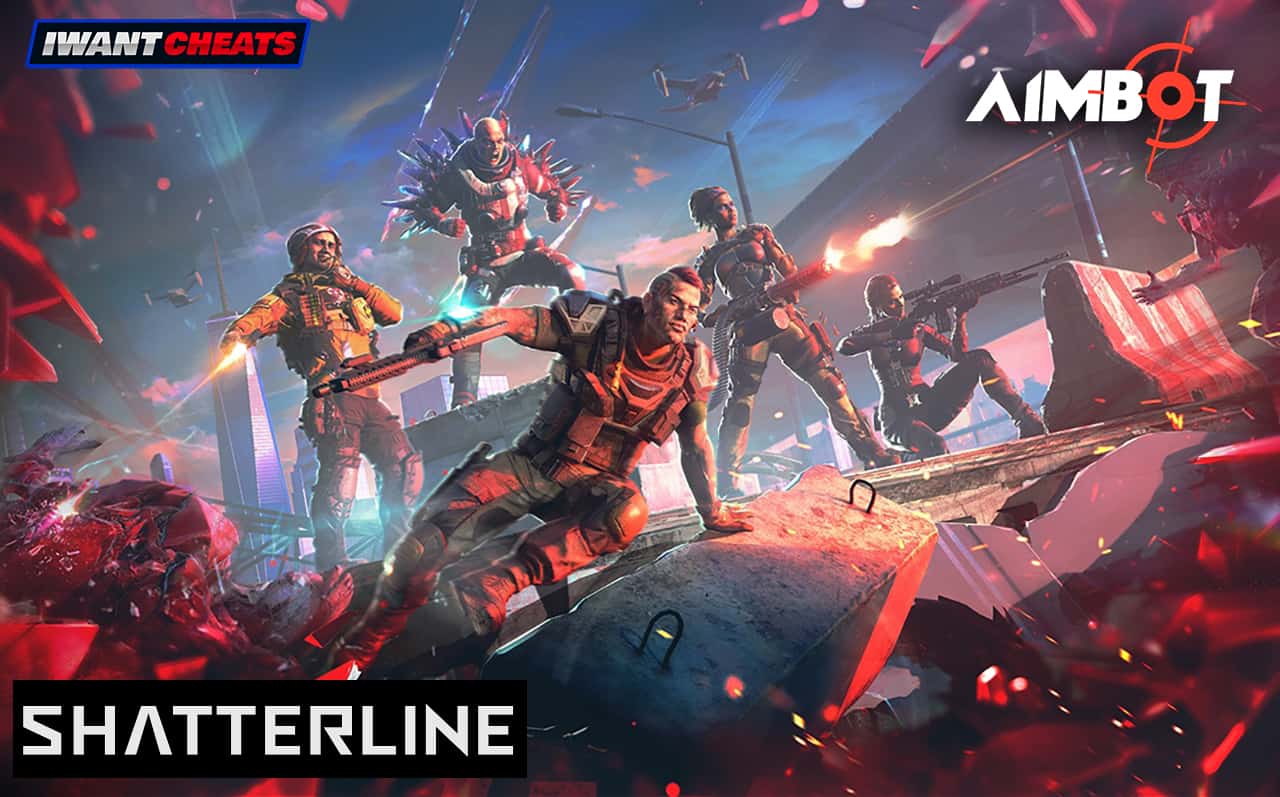