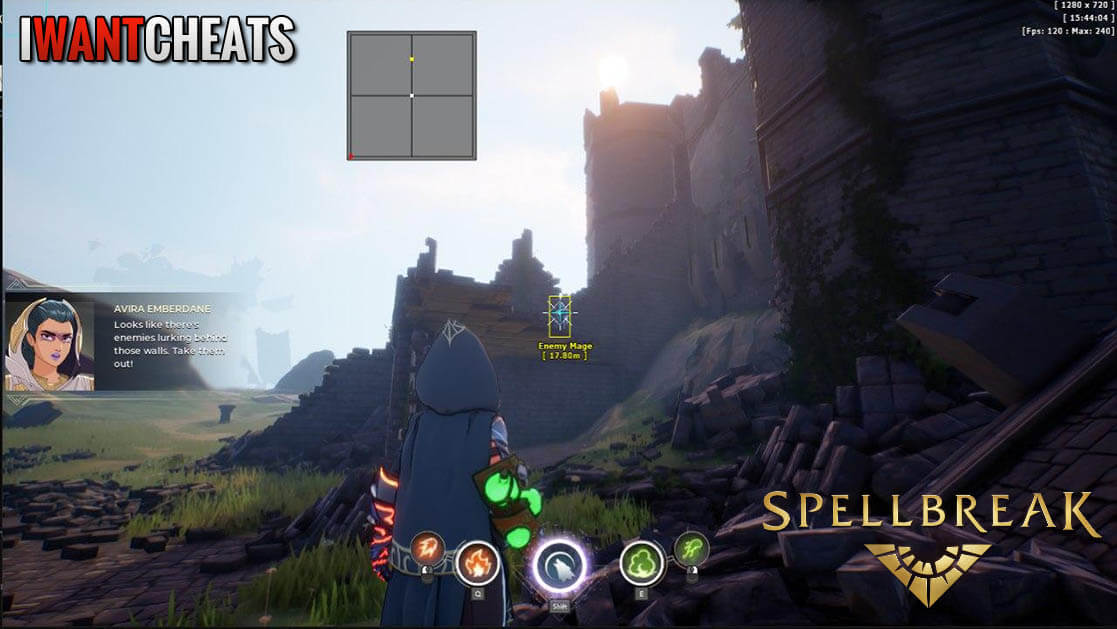 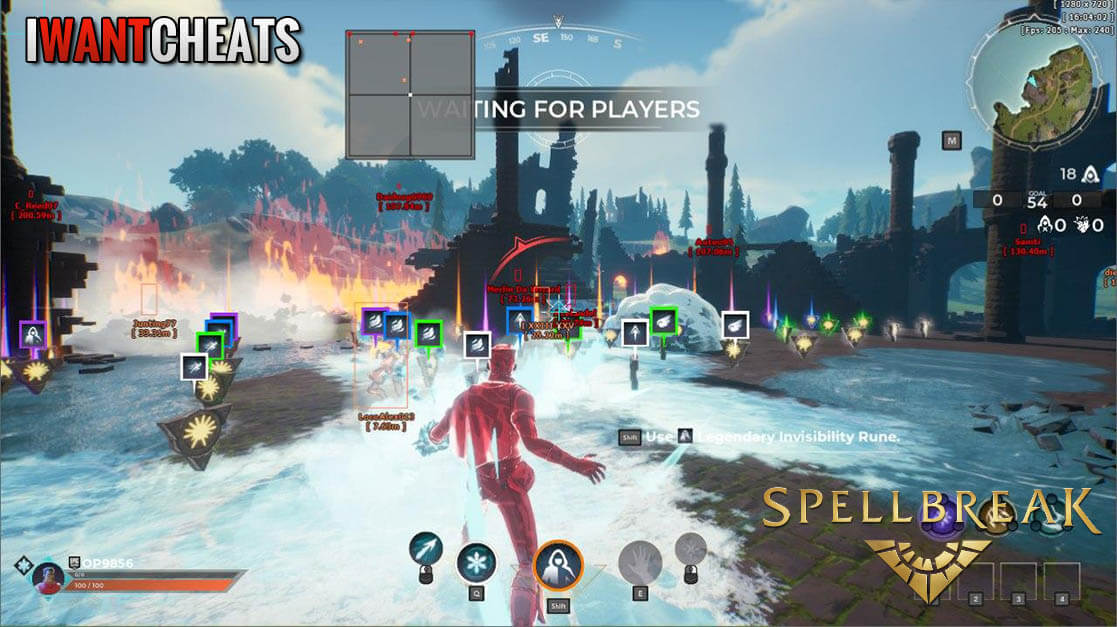 SpellBreak is a brand new game that incorporates Battle Royale into another fantastic shooter game. SpellBreak was released in September 2020. Covid took the world in 2020, and battle royale games have dominated the online game world. SpellBreak sets itself apart from every other shooter game because it’s so different. Each character can cast spells, which adds a new twist on gameplay.

Like all the battle royale genre on the market, Spellbreak has a large map where you go against the enemies to win. The last man left standing wins the battle, but the way players fight it out in Spellbreak is much different. Instead of firing bullets, Spellbreak introduces magic into the fights to kill the enemies on the map.

The world of Spellbreak is filled with tons of powers players can use to win the match. This battle royale game is a little tricky because you need to get used to the spells before you’ll be able to start winning matches. Our Spellbreak aimbot will help you succeed by locking onto players and staying locked on to take them down, making you the last man standing and the one with the most points.

Why our SpellBreak Hacks are the Best

IWantCheats.net offers you the best SpellBreak hack on the market, we don’t resell like other sites, and we have our own in-house code team. Were known as one of the best SpellBreak hacks to use in multiplayer games. Our ESP allows you to see others at all times, even when they hide behind objects. Our SpellBreak aimbot will let you know every enemy behind items using our wallhack even when the enemy isn’t in range.

A great thing about using our Spellbreak cheats is you don’t need to adjust to the game at all; just jump right in and start dominating. The game will be more fun when you play because our cheats allow you to win every round in Spellbreak. Easy anti-cheat can’t detect our hacks because we use a triple layer of protection to keep your account safe. If for any reason, you have trouble, you can contact us to switch to another game cheat or get a refund. Check other cheat sites online; they don’t offer any sort of refund if you can’t get the Spellbreak hacks to work. 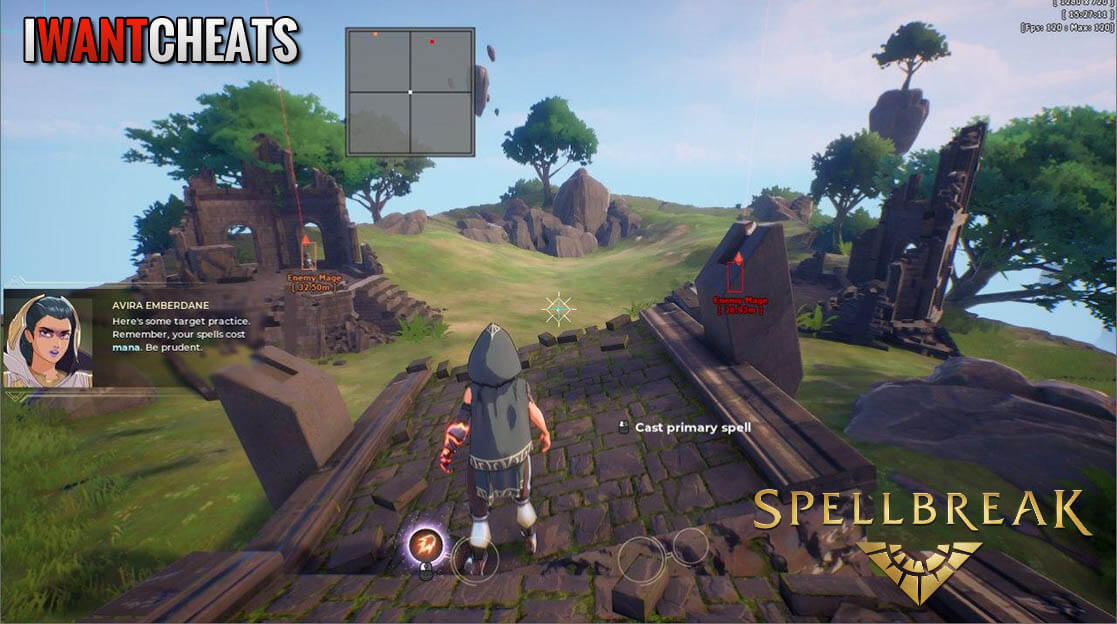 When the pre-alpha of Spellbreak hit, the game became popular and had a cult-like following almost overnight. Our Spellbreak hacks help you use the elemental abilities to the fullest. Players don’t have guns in the game; instead, they run around using other players’ spells. When your power and ability charge up, our aimbot will help you take the enemies out.

You can use the vis checks to know when you can hit the enemy players. Our bone prioritization aimbot coupled with ESP and the radar hack means you know where people are at all times. No one using other cheats for the game will take you out because our hacks are faster than any other websites. Check out our member statistics, and you’ll see we have almost 1 million users in place on IWantCheats.

We have the best radar hacks in Spellbreak to help you locate the enemy, and our wallhack shows you where they are even behind buildings and other large objects. Our cheats menu allows you to turn the ESP and wallhack on and off during the game. We even give you access to our services to adjust the colors to whatever you like. Once you login to the cheats, you can easily change every setting on the menu.

When you run the game and our hacks load, you can see every player’s name in the game from our ESP. Gamers will try to hide in the vast map, but our ESP is one of the best, so you’ll always see the campers. Our goal is to keep adding to the Spellbreak ESP weekly, so you have new features to use. Our site still members to access a unique VIP forum once you join.

Our ESP feature includes weapons, players, names, health, spells, and some of the best fonts to choose from in-game. Read the comments on our website from other hackers using the undetected Spellbreak cheats and see why IWantCheats is special.

Another incredible cheat that you’ll cherish while playing SpellBreak is our awesome radar hack. Radar hacks aren’t your typical cheat, as they don’t permit you to legitimately bring down the entirety of your adversaries quickly. Instead, they are, for the most part, used to dodge or remain safe from said rivals.