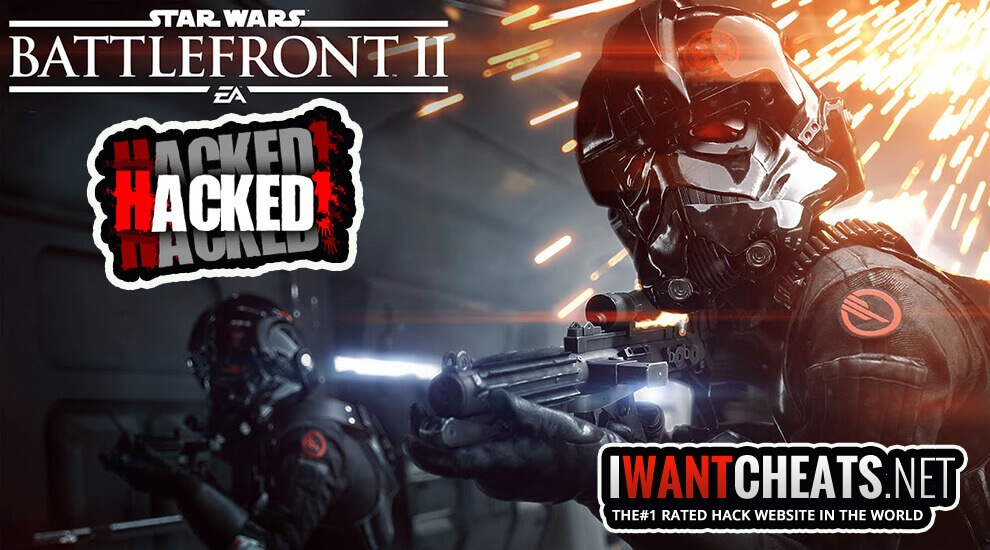 We’re the only website in the world that can provide you with fully featured Star Wars Battlefront 2 Hacks with astounding features such as Silent Aim, ESP, Wallhack, and more and keep you undetected and safe while you rage on the server.

The great news is you’ll be able to rank up fast and unlock everything 90% quicker with our SWBF2 Hack. Make sure you have Star Wars Battlefront 2 and install it before you become a new VIP. 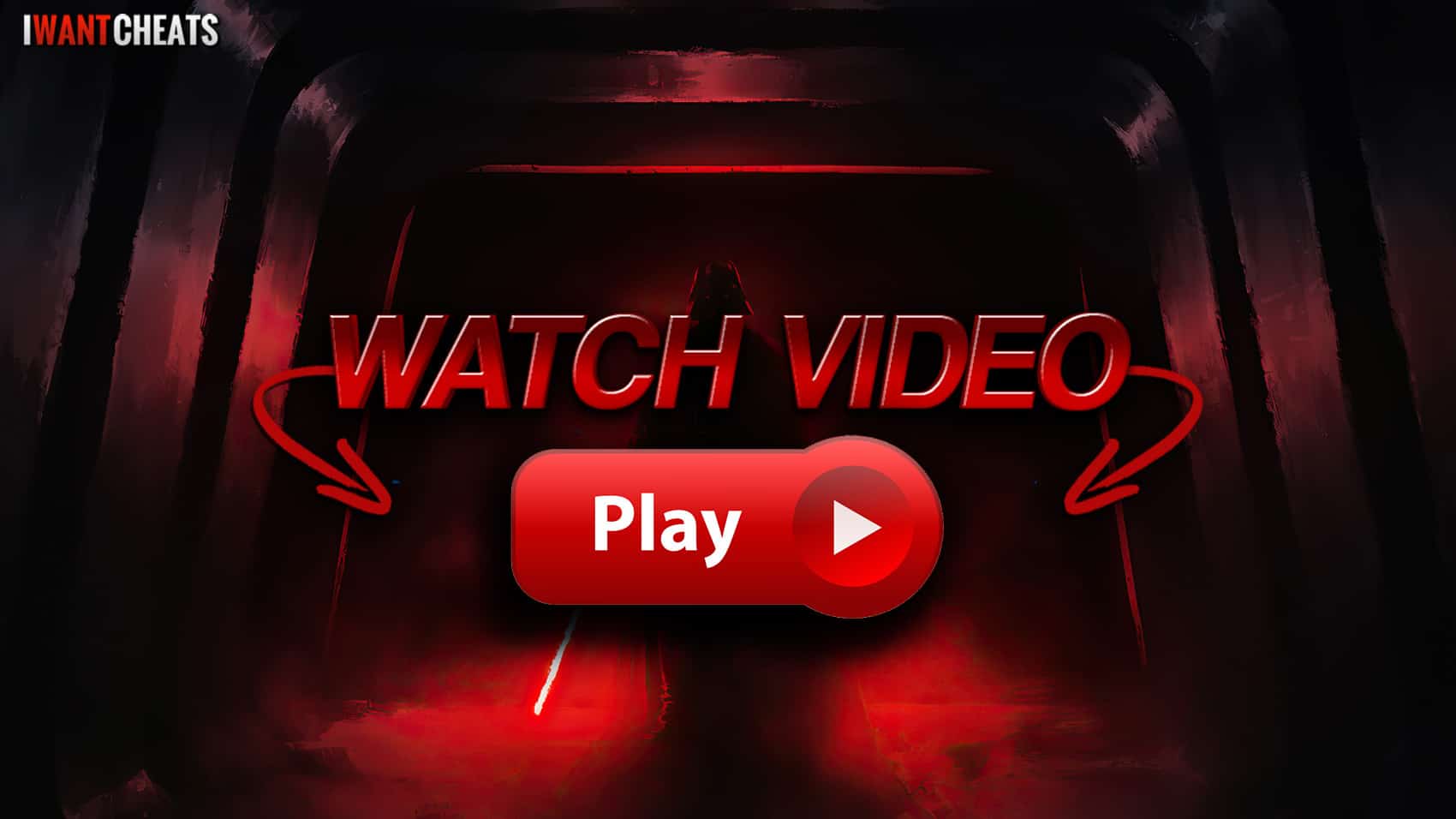 Our Star Wars Battlefront 2 Cheats for the PC allows you to see every player on the map at all times, this means no more surprises, and you can come in first no matter what server you’re on or game type your playing.

We show you the enemy at all times when they’re on the ground, in the air, or any other vehicle.

WE LOVE being able to see the enemy behind walls and pre-plan every attack to always come in 1st place.

Favorite SWBF2 Cheat Features: Silent Aim because it makes every shot hit dead center on the enemy’s head one locked on, even if you aren’t looking at them. 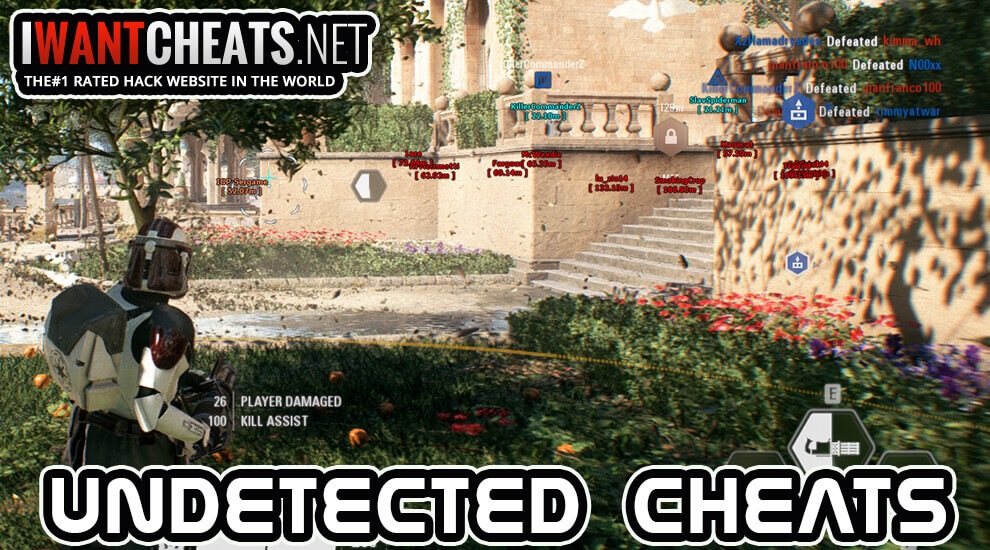 WE LOVE being the only SWBF2 Hack in the world with a 0% detection rate, meaning you’ll be safe with IWC. 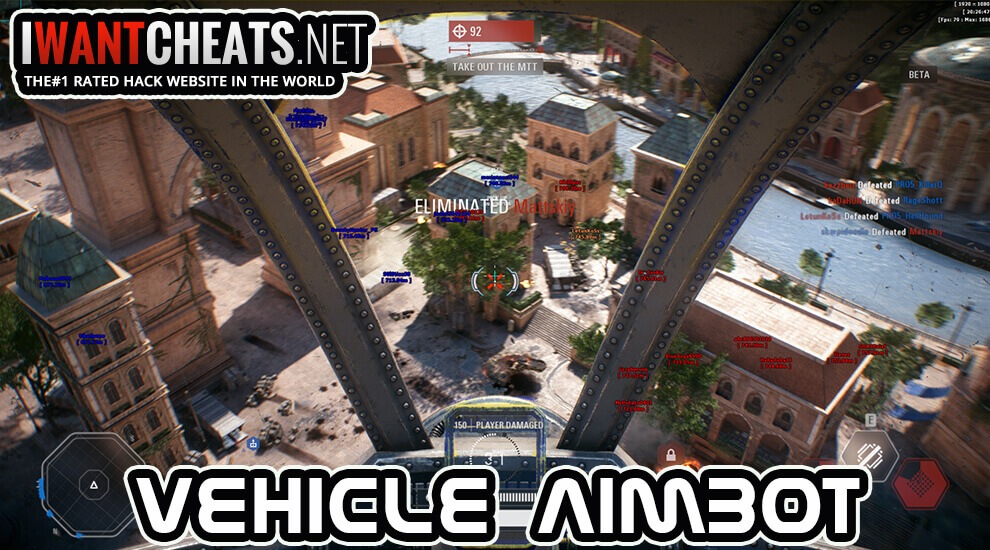 Our Star Wars Battlefront 2 Aimbot is the only aimbot in the world offering silent aim! Our silent aim feature allows you to lock onto an enemy, fire, and keep hitting them even when you look somewhere else, this keeps you safe from anti-cheat detecting you.

WE LOVE being able to use the SWBF2 Aimbot to kill the enemy in seconds before they even see us coming, the sniper rifle takes the enemy out across the maps.

Favorite Star Wars Battlefront 2 Aimbot Feature: Being able to take out enemy ships at the push of a button. =) 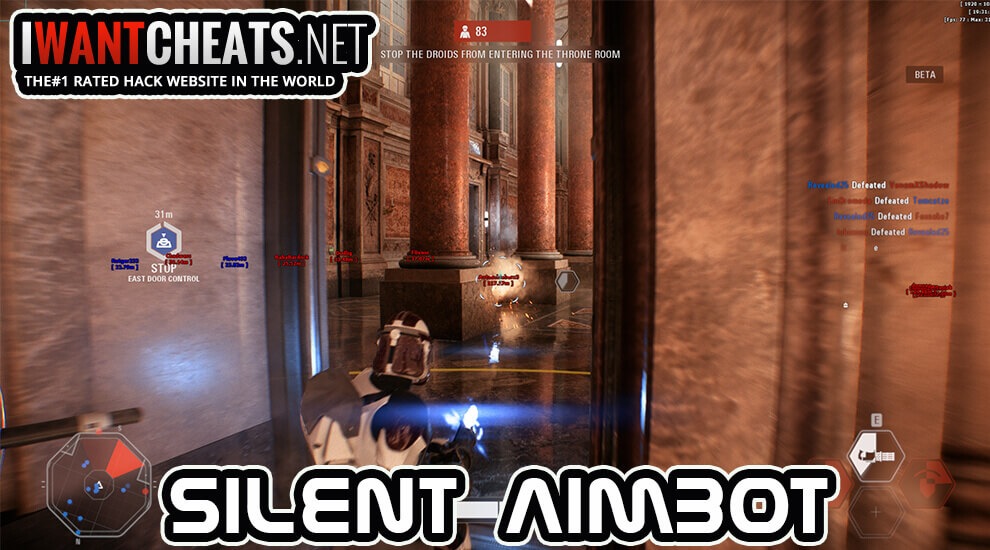 When you use our Star Wars Battlefront 2 Cheats you can unlock every weapon and weapon add-on in a day; it never takes long because we allow you to come in first place every single round, we have the most potent SWBF2 cheats in the world!

WE LOVE how our SWBF2 Cheats can give you access to every weapon faster and give you more points per round than playing legit.

Favorite Star Wars Battlefront 2 Cheats Feature: Being able to get perks faster than any other player and take out the enemy with all the heavy weapons. 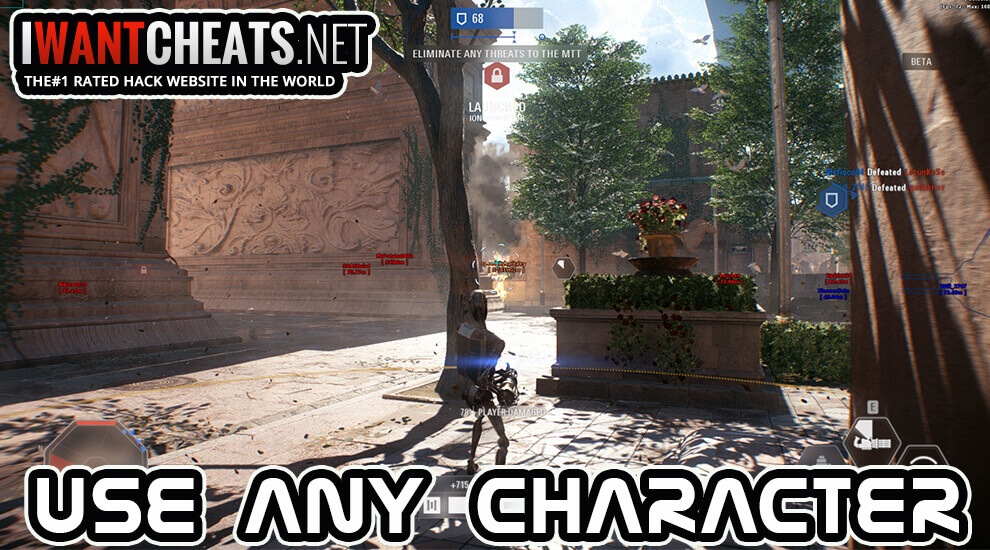 IWantCheats offers the ONLY undetected SWBF2 Hacks in the world, sign up now and join 500,000 VIP members and hack up the universe in SWBF2!

It wouldn’t be farfetched to claim that the Star Wars film franchise is an immortal cash cow. This cash cow keeps spawning money-minting ventures even after 40 years of the original film release. Star Wars Battlefront 2 will be hitting the shelves on November 17, 2017, and is going to be the seventh overall game associated with the movies. Battlefront 2 is going to be a joint venture between EA Dice, Criterion Games, and Motive Studios. So, are the fans and aficionados still interested in another Star Wars odyssey? Well, let’s take a sneak peek and find out!

Star Wars Battlefront 2 Gameplay
As already mentioned, the single-player campaign is Iden-centric, but there will be parts in between where players would be able to control Luke Skywalker and Kylo Ren. The multiplayer mode has undergone substantial change, and reportedly it will consist of a free DLC, which will be available to everyone via a free EA account. Compared to the single-player campaign, the multiplayer mode will have a whole host of playable characters from different movies. These include Darth Vader, Emperor Palpatine, Boba Fett, Han Solo, Darth Maul, Princess Leia, and our favorite little green ass-kicking Jedi master Yoda.

Star Wars Battlefront 2 Arcade Mode
Gamers who have played the original Battlefront would vividly recall how underwhelming and unsatisfying the arcade mode was. It seems the three collaborators at the helm have done their homework when it comes to player’s aspirations, as this time around, the arcade mode looks significantly better and well tweaked. The AI-controlled enemy is going to be increasingly difficult to fight. The little and negligible things (in the previous game), which marred the experience like on-screen avatar being almost immune to damage, have been revoked making the entire experience more challenging and thoroughly enjoyable. The arcade mode sprinkled with variety by the inclusion of different missions and varying objectives. These tasks can be testing grounds for accurately judging the pros and cons of characters without looking over one’s shoulder for real-life and more overpowered players.

Star Wars Battlefront 2 Galactic Assault
The most admirable and the most substantial chunk of the multiplayer mode is the Galactic Assault. The capacity of participation is 20 Vs. 20 with infantry and vehicles at the player’s disposal. The objectives vary as in either defending or attacking a point of interest strategically placed in the middle of the map. Players will select between droids and the clone army to accomplish this. The visuals and surroundings of Galactic Assault will immediately induce and trigger a sense of nostalgia amongst players, as it takes place on the planet Naboo. Kudos to graphics developers who have successfully managed to render this beloved terrain in all of its splendid glory! Galactic Assault is as close as one can get to being on the movie set without the danger of eating a face full of the laser blast. 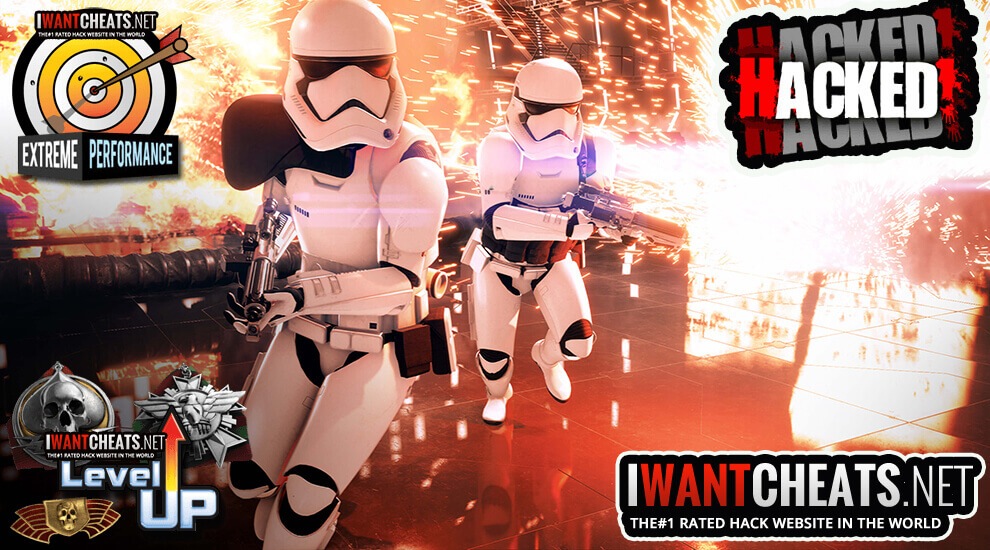