Our TF2 cheats allow you to locate the enemy at all times and see them when they are even behind a wall. Rage or appear completely legit with any character you want and win every round.

The TF2 Hack is undetected and won’t get your account banned. We have code in the cheat loader that keeps you undetected from the anti-cheat programs and VAC will never find you. 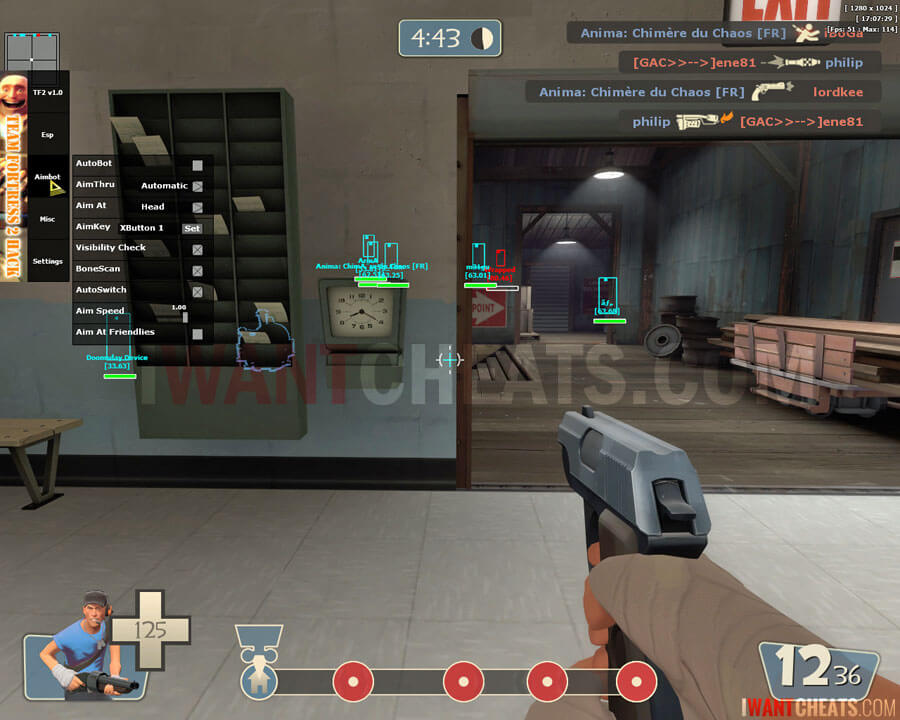 Removals
No Recoil + No Spread, all bullets hit the same spot!
No Flash, Smoke, Fog

Auto
Auto Fire, will auto-fire when the Aimbot acquires a target!
Triggerbot will fire automatically when you have the enemy in your crosshair

Team Fortress has some hilariously over-specific achievements, but with our hack, you can easily obtain these achievements during normal gameplay. Gain special weapons and perks for EVERY class much quicker! 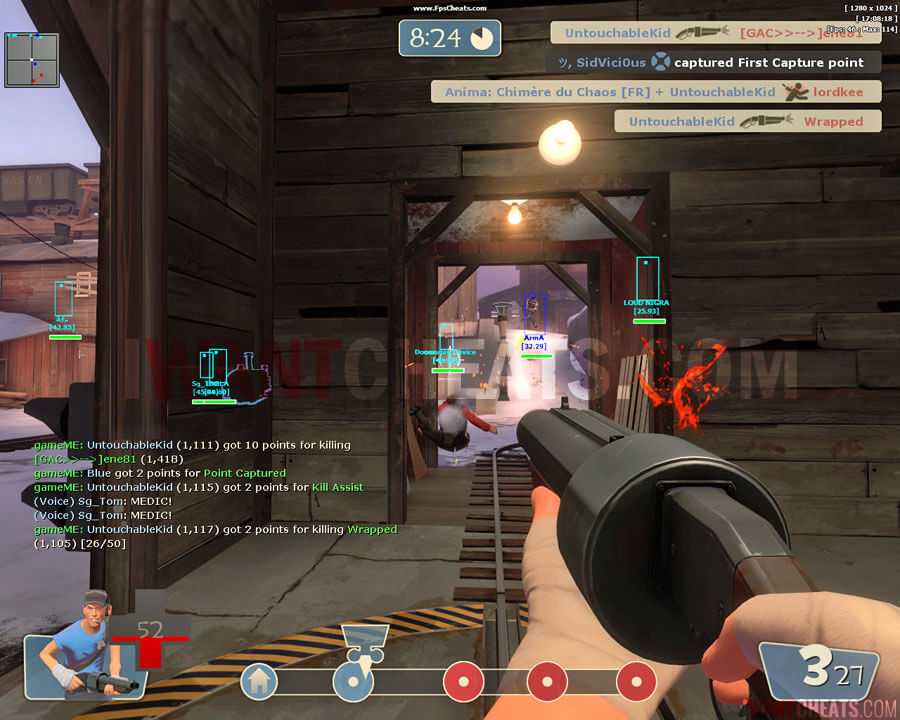 Sneak up on other players and scare the crap out of them with a precision knife. Try to blow or lock the flamethrower on an opponent’s head and take them down with this feature included with our cheat.

You can toggle the Aimbot on and off and just use the ESP to locate the target offering a multitude of new play styles.

See every player behind walls and plan ahead on how to take them out. I like to surprise them with my instant kill aimbot and make them really mad. The fun part is with our name ESP you can chase one guy around the map and kill him again and again.

We have the best TF2 cheat on the market and use it with our new HWID Spoofer to stay undetected forever.