IWantCheats released the first-ever Watch Dogs 2 hacks when the game releases on November 25th, 2016 for the PC!

You can get the Watch Dogs 2 Black Friday deal now and buy the game at a discount.

The game is fun to play, and now that it came to the PC with multiplayer you have to get it for the holiday season.

Our Watch Dogs 2 hacks make the game easier to play because we highlight all the items and on-screen using ESP. 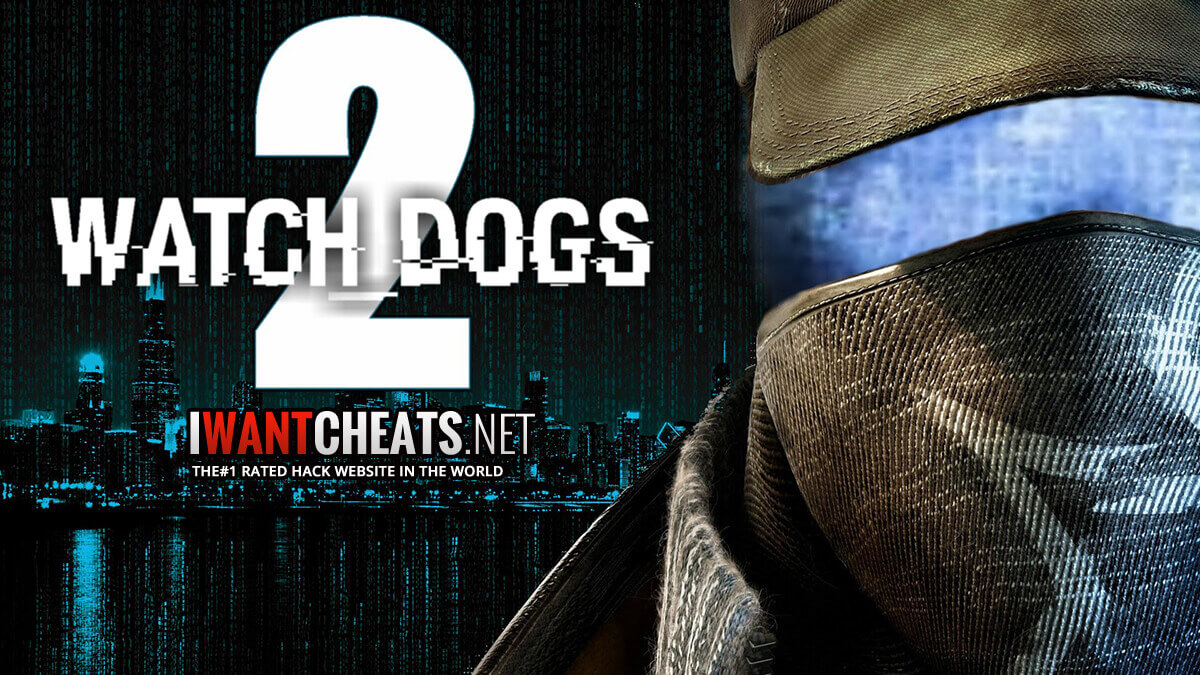 How will the Watch Dogs 2 Aimbot work?

Watch Dogs 2 has limited weapons, but we are working to make the pistol, sniper rifle, and other weapons super accurate with our aimbot.

Right now ESP is our most important feature for the game because this is played so much differently than many FPS games.

Check out the ESP info below to learn how we show you EVERYTHING possible on the map at all times. 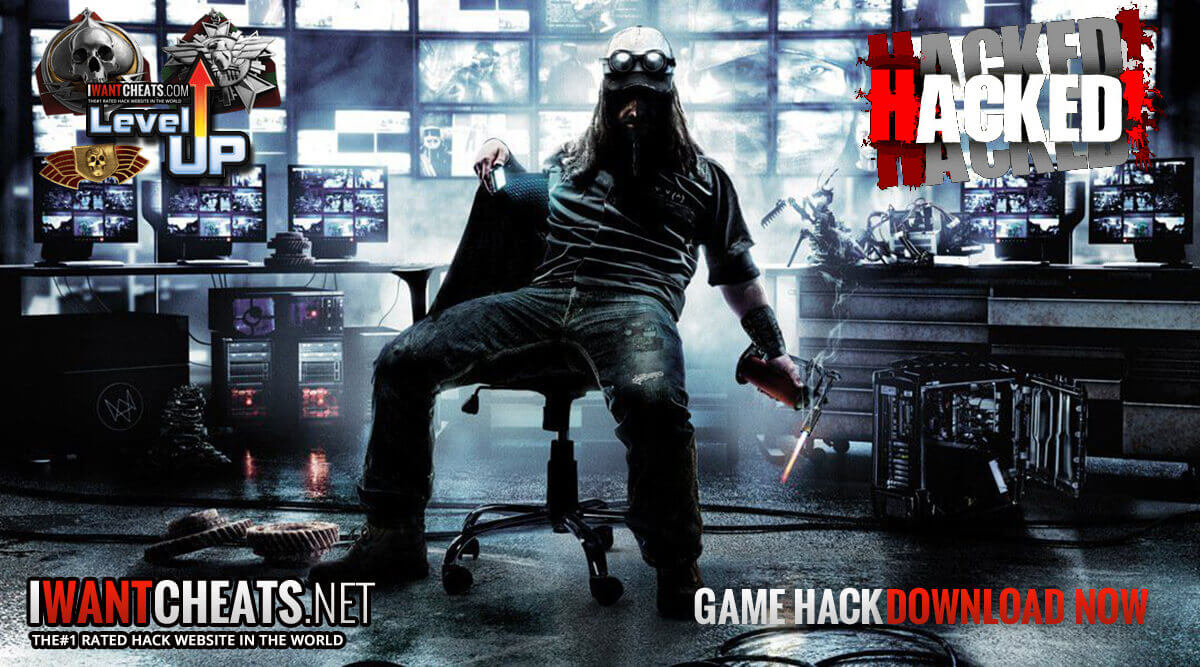 How does Watch Dogs 2 Hacks ESP help you spot things?

Our ESP in Watch Dogs 2 highlights every object on the map at all times.

You won’t have to search for hours on end for what you need; we display everything with highlighted boxes and words around everything.

You can download our Watch Dogs 2 cheat in just minutes, simply follows these directions to get started.

Now you can be in the new elite class of real hackers who play the game smarter and have more fun! 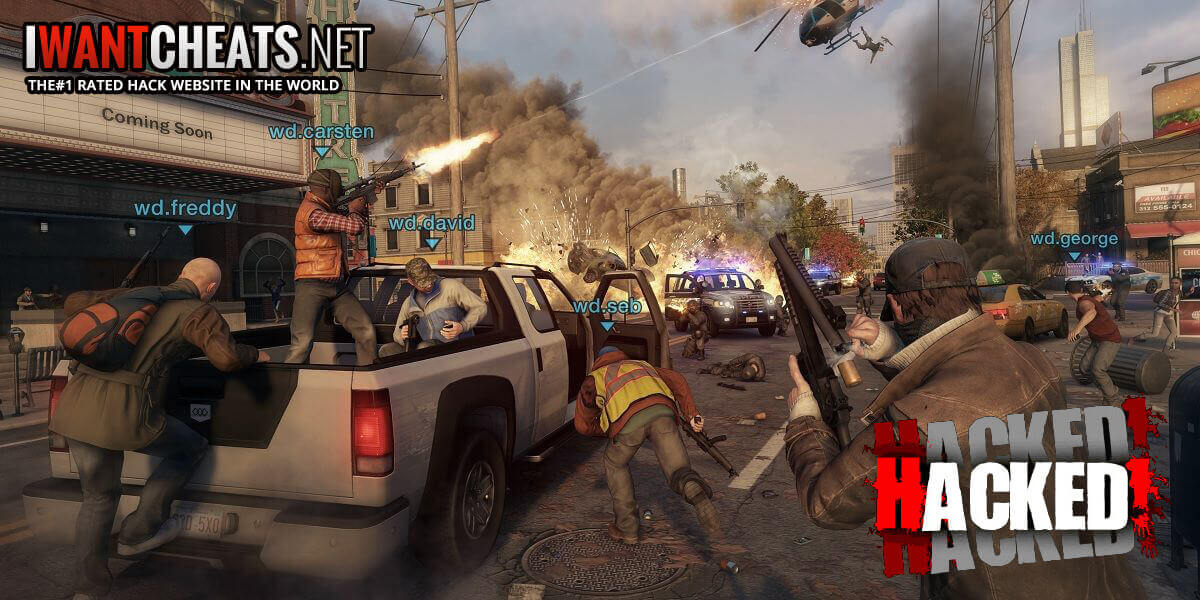 Watch Dogs 2 is an open-world action-adventure game created by Ubisoft Montreal and published by Ubisoft. Watch Dogs 2 release date was November 15th, 2016 for PlayStation 4, Xbox One, and Microsoft Windows PC.

We tested Watch Dogs 2 PC with all settings on Ultra, the game kicks off within San Francisco Bay Area.

You get to play it from a 3rd person perspective by navigating on foot or vehicle. Take charge of the game as Marcus Holloway, a hacker who associated with the hacking group Dedsec to break through the city’s surveillance system.

You experience different ways to complete missions. Finishing an assignment results in increasing the follower count of DedSec!

The Multiplayer permits you to engage in one-on-one combats and connect with different players; this neutralizes players causing havoc in the game.

Unlike Watch Dogs, the new version is set in San Francisco’s Bay area, which is further divided into four main areas including San Francisco, Marlin, Silicon Valley, and Oakland.

All of these areas feature different aesthetics and characteristics. Check out the amazing Watch Dogs 2 Trailer below. 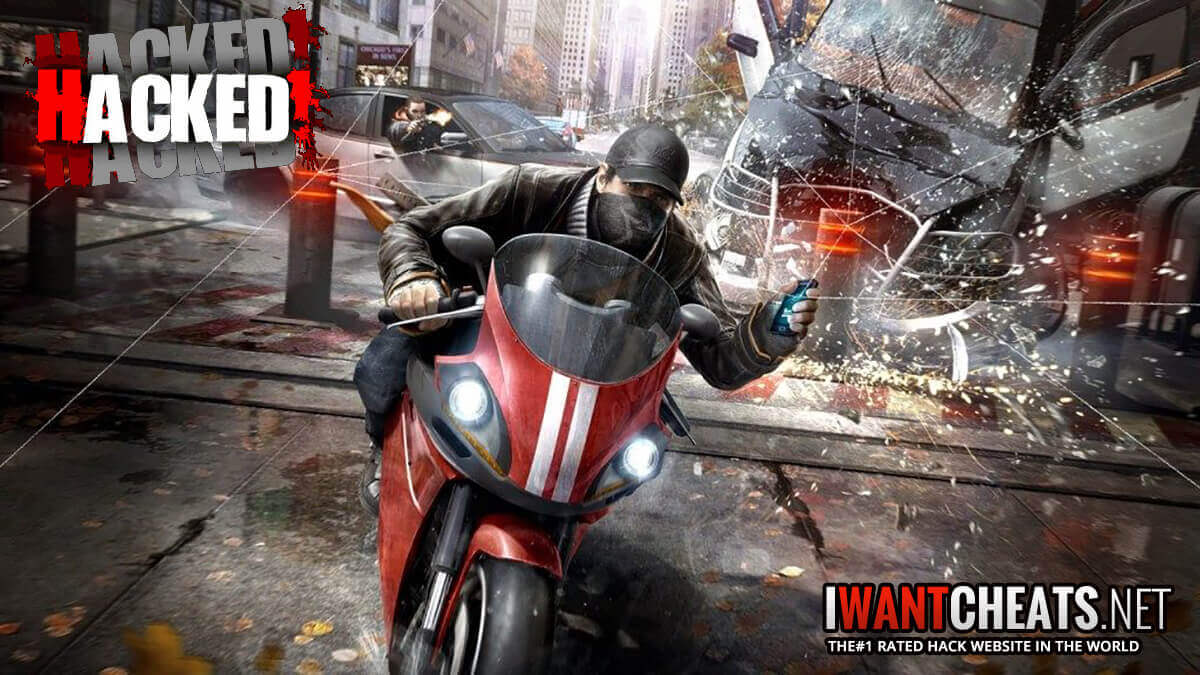 You have the option to navigate the cities either on foot or in a vehicle. Different vehicles encompass trucks, cars, cable cars, buses, motorbikes, boats, and quad bikes. Driving mechanics are designed to be more accessible for the players in the new game. You can shoot weapons while driving. Marcus has also got improved acrobatic skills with an ability to run and jump around the city.

You can use different methods to take on distinct game’s missions.

Aggressive Approach
Select the aggressive approach to defeat enemies with guns made of a 3D printer. Weapons such as mines or Marcus’s very own melee weapons – a billiard ball and the Thunderball – are also available.

Stealth Approach
You can use the stealth method to either evade or paralyze enemies with Marcus by using his taser. Committing multiple crimes in the open world alerts cops and results in an arrest warrant for the player!

The game’s upgrade system returns with a division of items into three categories such as Stealth, Trickster, and Aggressor. You can also select an update according to playstyle. 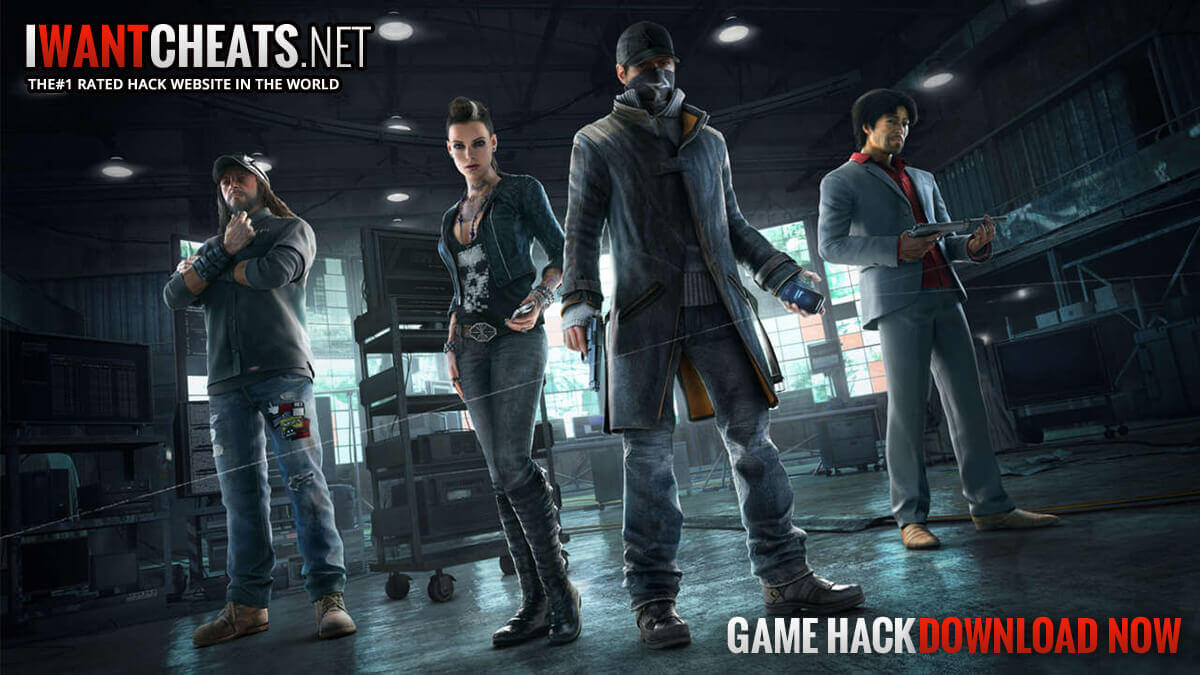 Playing as Marcus, you get to hack different electronic equipment connected to the CT OS system. For instance, you can edit the profile information of non-player characters to have them arrested. Additionally, you can manipulate and hack mobile phones and disrupt traffic by hacking traffic lights and vehicles. You can also hack into monitoring cameras to execute mass hacking of electrical equipment. Multiple options are available to you to hack an object.

For example, in an attempt to hack a car, you can take complete control of it or have the vehicle lose control and crash. On hacking a junction box, you get to choose if you want to deactivate it or not. Marcus is equipped with advanced technologies such as a quadcopter and a remote-controlled car to use it for scouting and remote hacking.
You are free to change the appearance of Marcus. More than 700 clothing items are available for purchase in stores according to the latest fashion styles. The game also features side missions known as operations. On completing these tasks, the follower’s count increases tying it back to the narrative; this helps you to achieve the ultimate goal.

Multiplayer
Watch Dogs 2 allows you to communicate and engage with different players randomly in the seamless cooperative multiplayer mode. You can o explore the open world and complete missions to gain more followers. The Emote system helps you to correspond with each other through the primary gestures. The game can be played either online and offline. There are two main competitive multiplayer modes: 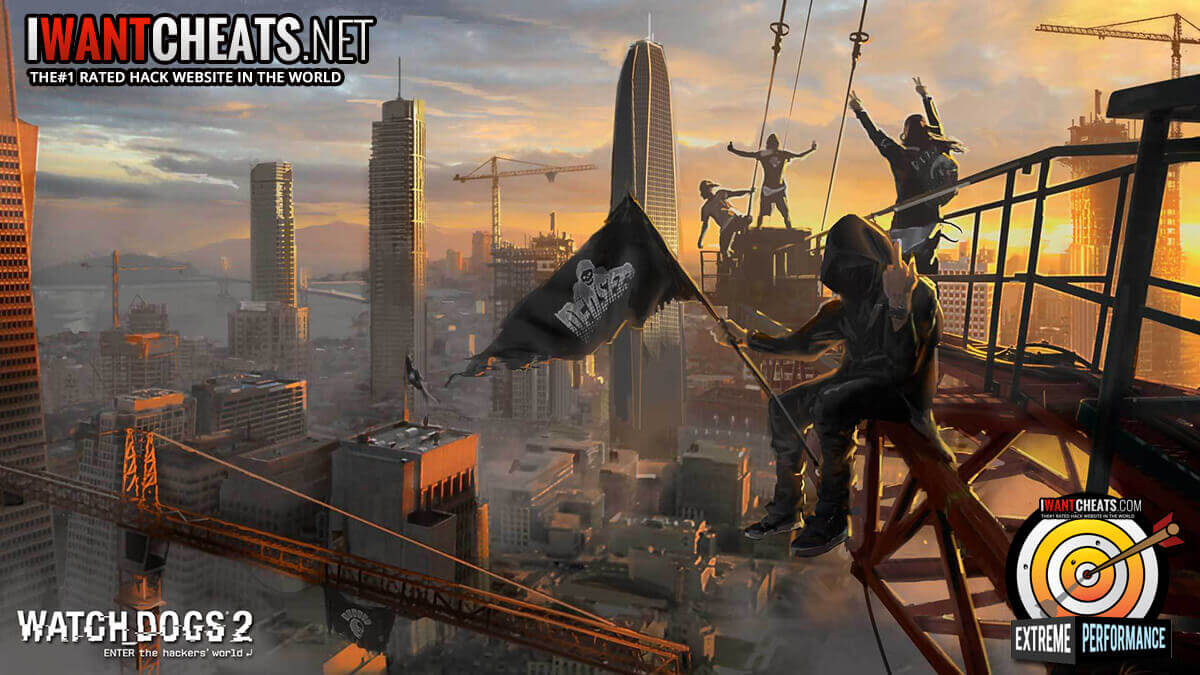 Online Invasions:
Online invasion is a one to one competitive multiplayer mode, which was also featured in the first game. The mode is about joining another single-player session to install viruses on their DedSec system. The player introducing the virus needs to escape the site as quickly as possible, whereas the other player needs to search and kill the invading player.

Bounty Hunter:
Bounty Hunter is a newly introduced mode; that’s activated whenever there is chaos. Cops combined with two-three other players join the game with a hope to kill the hunted; this allows them to claim the bounty and experience points.

On the other hand, the hunted have the option to strike back by killing the hunters or escape from them until the bonus terminates. The hunted can also get help from other players if they decide to join them. A bounty can be placed manually on players through an in-game smartphone.

Plot
The events of Chicago move to San Francisco to become the next city for installing the ctOS (Central Operating System) connecting everyone with everything. The game features Marcus Holloway, an intelligent and young hacker from Oakland, California. Marcus was framed for a crime by the ctOS 2.0 to categorize him as a suspect. After realizing the secret system, which harms innocent citizens of San Francisco, he starts working with a hacking group named DedSec to avenge Blume, the company behind ctOS. 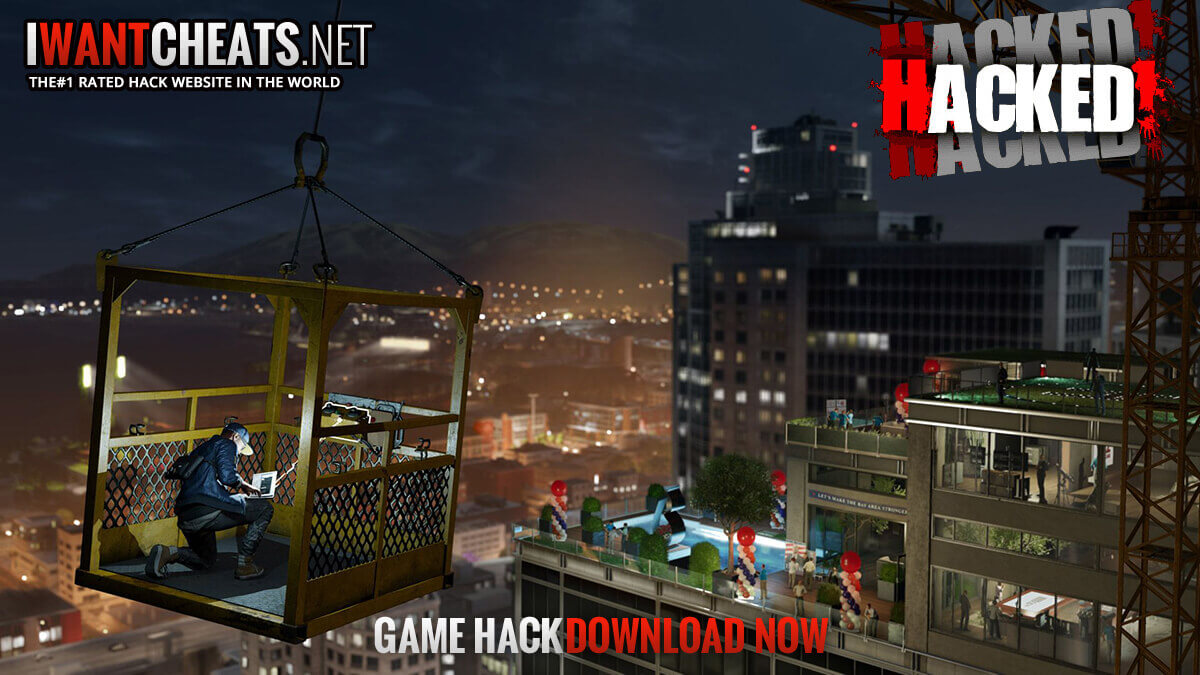 DedSec (But Not Dead Serious)
Players having experience of playing Watch Dogs may approach Watch Dogs 2 with a lot of caution. The prequel to Watch Dogs 2 was all about hacking stuff in a virtual Chicago setting; this created a lot of hype among fans. However, the game was unable to live to fan’s expectations with criticism put on the cool central character. Vehicle handling combined with vehicular emissions in general regardless of the subject matter all made the WatchDog’s gameplay dull.

In Watch Dogs 2, Ubisoft has addressed all the issues. Vehicle handling was upgraded from awful to appropriate. Players have a chance to play a cool game character with real hacking skills.

You may experience a middle-class gaming development thinking with these hackers, as none of them depict the Twitter-troll tendencies driving real-life modern hackers. However, you do come across the nasty hacker gangs later on in the game. Afterall, DedSec is about giving players an experience of what a good hacking group would be like in real life.

Hack Around
Marcus has got exceptional skills, which are further enhanced by some high tech toys. From his athletic skills, and ability to run over obstacles to a nicely developed stealth engine, and a negative melee attack that he executes with a pool ball on a string, his character will fascinate the passionate gamers. 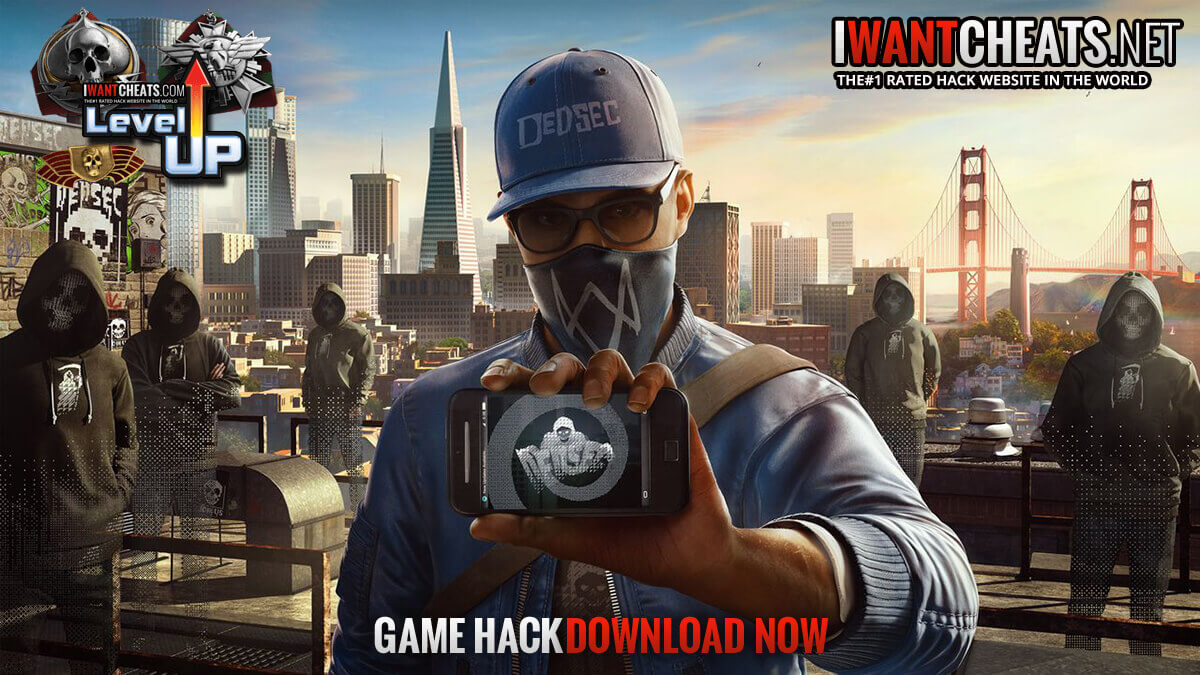 He mainly uses a radio-controlled jumper and a quadcopter to hack items. Both items are used on CCTV cameras – letting characters jump from one camera to another to monitor surrounding areas even including gas pipes and electrical boxes, this helps to deliver lethal and non-lethal shocks to enemies approaching them.

Marcus has got a separate collection of guns mainly including a stun gun. He can 3D print a broad range of real guns in Dead Sec’s headquarters, functioning like a grenade to stun or explode enemies. The grenades can also be thrown on a quadcopter to take out enemies refusing to go where you want them to go.

Playing as Marcus allows you to adopt different playing styles. Marcus gunplay lacks accuracy, but this doesn’t stop you from taking high risks such as sneaking into secure places, getting around guards, and avoiding security jammers. You can also stay outside the security area and use the RC jumper or quadcopter to do the dirty work; this adds a lot of variety to the gameplay.

Multi-Stage Operations
Watch Dogs 2 consists of multi-stage affairs; that gets delivered to the players in chunks. Each operation builds up nicely, setting toward the climax, and involves solving a recurring puzzle. The activities are challenging, memorable, and offer something more than everyday hacking and sneaking. For instance, Marcus must impersonate different people, sending a hacked smart car through the streets of San Francisco to create videos for DedSec.

The side missions are not as varied as the multi-stage operations. However, they are still worth completing since they help to achieve new followers for DedSec, eventually feeding into the primary mission. In addition to side missions, you can participate in a number of other activities such as taking selfies at the San Francisco landmarks or a take on Driver San Francisco to cast yourself as an Uber driver. New game mechanisms emerge as you make progress such as warring street gangs to add to another layer of disruptive activities.

The best features of the game are its ability to take on the leading players in Silicon Valley such as corrupt politicians, Scientologists, and faddy churches. The main negative character is also the chief at Blume. His ctOS operating system empowers the city to make inroads into private homes; this harvests the disturbing amount of data allowing the firm to make a killing.

Watch Dogs 2 Conclusion
Ubisoft has done well with Watch Dogs 2 by addressing the issues in the previous game. This time, they are offering a rewarding and innovatively genuine experience to bleed fun into the world at every turn. However, there are some minor issues such as dropping the frame rate on the PS4 version.